The transport of oil on the waterways from Baku to the market in Europe required fresh ideas. With his experiences of building tankers for the Russian navy, Ludvig Nobel became the first person to design and order a tanker built of steel. In 1877, an order was placed at Motala works’ shipyards in Norrköping. The vessel was named Zoroaster, after the Iranian philosopher, Zarathustra, whose theses were very popular among Europeans of the time.

By as early as 1872, the first tanker had been built of steel (s/s Vaderland) so as to transport oil in bulk, but was put to another use. Robert and Ludvig Nobel considered loading paraffin and oil directly into the hull, but Robert assumed that: ”the lapping of the waves on board could become more dangerous than the ocean waves”. Practical trials proved that he was right. The Americans shipped oil across the Atlantic in large oak casks, which were not infrequently broken apart during the voyage. There was a great risk of an explosion. Tankers were the right idea, but how to make them safe with their inflammable load?

Ludvig had previously been working on designing steam engines for the Russian navy’s vessels. Now he was able to make use of his experiences and ordered a boat built of Bessemer steel in November 1877, the first in the world. He ordered this from a supplier who would later deliver many vessels to Branobel – the Swedish Lindholmen’s shipyard in Gothenburg, owned by Motala works where the engineer Almqvist was manager. Together, they designed a vessel with built in cisterns. The steamer was christened, Zoroaster, after the fire worshippers’ prophet, Zarathustra, who was also to become Branobel’s company symbol. The religion of the Zoroasters was fashionable and many Europeans were interested in it.

The dimensions and draught of the steamer were determined by the water flows in the Don and Volga. During two weeks of high water in the spring, it was possible to sail from the Baltic to the Caspian Sea. Zoroaster’s eight loose cisterns could be removed so as to reduce its draught in shallows channels. It was Ludvig’s first son, Hjalmar Crusell, who took the vessel across the Baltic through the Russian river system and waterways to Baku in May 1878. Since the Nobel brothers were Swedish citizens, it was the Finnish and Russian citizen, Peter von Bilderling, who formally became responsible for the Nobels’ shipping company.

Soon afterwards, two large vessels were ordered,  Buddha and Nordenskiöld. They were shipped from Sweden in three parts on pontoons to the Caspian Sea and put together in Astrakhan. In 1881 and 1882, six vessels were delivered from Lindholmen’s shipyard in Gothenburg. They were christened Mohammed, Brahma, Sokrates, Spinoza and Darwin. In 1886, Petrolea became the first ocean-going steamship for bulk cargo. The vessel was renamed Ludvig Nobel after the latter’s death. The steamer ship Linné was built at Motala shipyard. After Nordenskiöld was ravaged by fire in Baku harbour during a storm, they went to a great deal of trouble to reduce the fire hazard both during passage and when loading and unloading. For Branobel, it became necessary to have their own engineering works and slip and dock plants for repairs and maintenance of the growing fleet in Baku, Astrakhan and Tsaritsin.

The company’s management would have preferred to name a vessel after Alfred Nobel, but he specifically declined this: ”I have serious objections to this. For the first thing, it is a She… and when you point out that she is not only elegant, but well-trimmed, it would appear to be a bad omen to name her after an old wreck”, Alfred pointed out in a letter.

The steamer, Zoroaster was studied carefully by competitors and shipowners. The Russian state, harbour authorities, private Russian shipowners in Baku and in Odessa ordered ships and machinery from Motala works and Lindholmen’s shipyard in Sweden. Branobel placed total orders with Motala Engineering Works, Lindholmen, Bergsund, Lindberg and Kockum shipyards for 53 tank steamers to a value of SEK 12 million. Later, the Nobels’ ships were built in Åbo in Finland and at the Kolomna works south of Moscow. 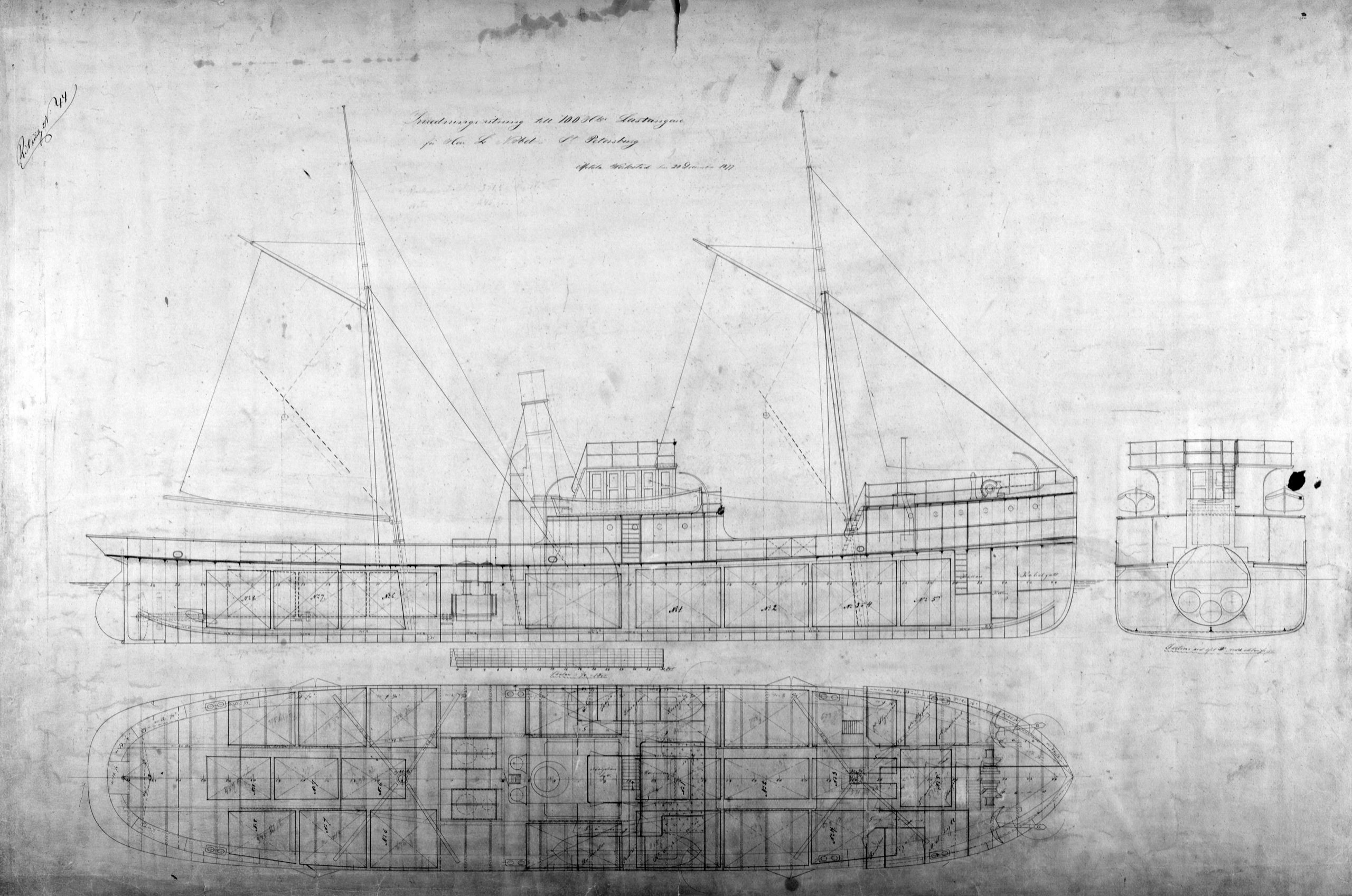 Zoroaster was the world’s first Bessemer steel ship and got its name from the fire worshippers’ prophet Zarathustra, which also became the Branobel’s company symbol. 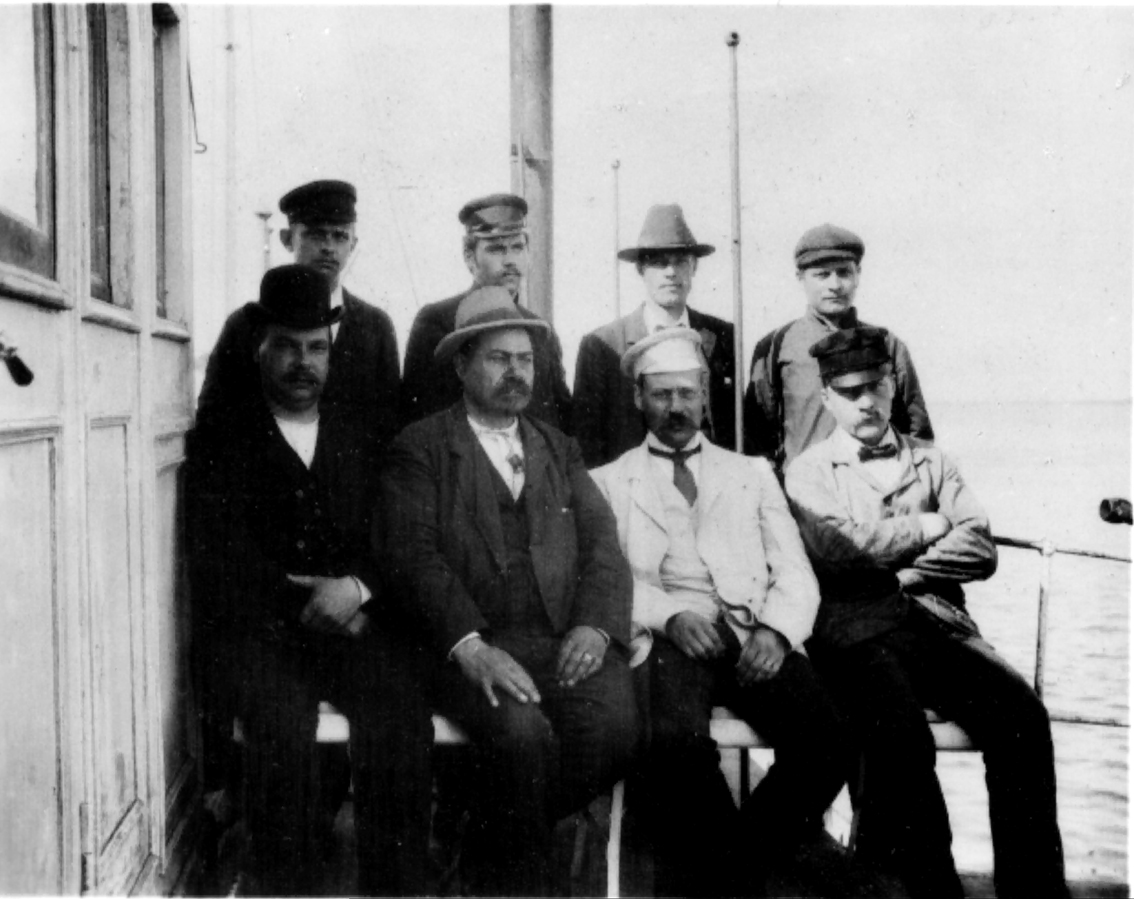 The dangers of transporting oil by sea meant that it was necessary for Branobel to have its own engineering works as well as slipways and docks for the repair and maintenance of its growing fleet. The photo shows a group of shipbuilders employed by Branobel. 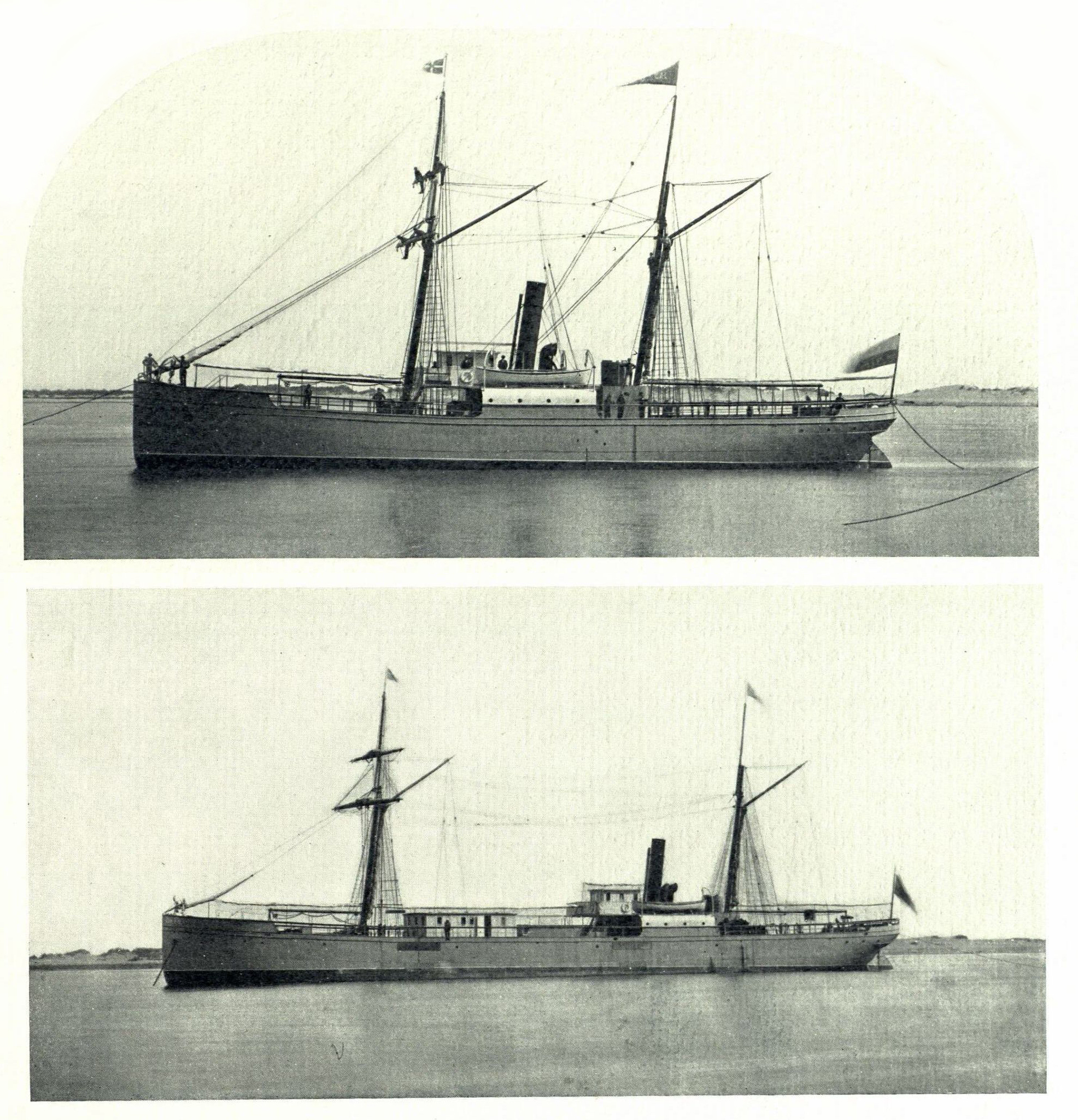 Soon after Zoroaster, Buddha, which was a bigger model, was finished. The photo shows Buddha before and after the ship was extended.