When Robert Nobel realised the possibilities of oil extraction in Baku on the Caspian Sea, oil management was very primitive. The oil was scooped out of the wells by hand and transported in wooden barrels on carts pulled by donkeys. The Nobel brothers started to build pumps, pipelines, depots and railway tracks. Ludvig Nobel himself constructed the world’s first modern tanker. The effect of this was a total industrial transformation of the oil industry.

One problem with the distribution of crude oil was the time-consuming and expensive transport in barrels to the refineries at the harbour. Using horse and cart (arba), the transport of 1 pud of oil cost 35 Russian kopeks but just under 3 kopeks by pipelines. Ludvig Nobel wanted to use pipelines in Baku, but the city’s authorities put up resistance to this. They were worried about the people’s reactions. The numerous and poor donkey drivers and barrel makers risked losing their jobs – this could lead to social unrest.

Ludvig returned to his engineering works in St Petersburg to design steamdriven pumping stations and ordered stronger pipes from an ironworks in Glasgow in Scotland. He then sent his works manager, Alexander Bary, to study how the pumps and pipelines worked in Pennsylvania in the USA.

In order to be able to lay the pipelines on the state’s land, permission was required from the Russian government in St Petersburg. The pipelines from Glasgow arrived in 1877 and were buried a full two metres down to avoid sabotage attempts. From the drilling towers, they ran together at a large pumping station where smaller pumps were connected between the fields and the refinery at the harbour. Competitors in Baku were offered the opportunity to connect to the network pipelines for a fee, but they did not understand the finesse. Just like in Pennsylvania ten years earlier – this led to unrest. According to Robert Nobel, ”midnight raids were launched on the pumps” by angry donkey drivers and barrel makers who had been put out of a job. The Cossacks had to guard the pumping stations and pipelines from the oil fields to the refinery at the harbour.

The money the company invested in pipelines was recouped in a year. Many of the other oil producers eventually connected up when they realised what they could gain. Ludvig ended up also building pipelines for other companies. A business within the business, which became very profitable.

The oil production was very dependent on the weather. From November until the end of February, the river Volga, which was to carry the products north to the Russian and European markets, was ice-covered. During the ice-free period of the year, the depots’ cisterns along the river needed to be filled with petroleum products. From Baku’s loading ramps, the tankers went to Astrakhan at the mouth of the Volga, where the oil was reloaded onto barges that were towed further by smaller tugs up to Tsaritsin’s large cisterns. Storage depots were built along the waterways in a great number of locations.

Ludvig writes about the depot in Tsaritsin: ”Everything is characterised by order, systems and practicality. Our roads are paved, the bridges in good condition, the buildings spacious and comfortable, neat and presentable and the technical plants give an overwhelming impression. Together, the colossal cisterns hold more than 1 250 000 puds of paraffin and the pumps are powerful things.”

When Ludvig and Robert came up with their first plan for the logistics of transport and distribution in 1877, they had already been using tank wagons in the USA for 10 years. For distribution across the expansive Russia, the railway was central. But both the Russian state and railway companies were totally uninterested in manufacturing tank wagons. So Ludvig constructed the tank wagons himself with the help of an engineer at Vaggonfabriken in Riga, and he also constructed locomotives that could pull goods trains loaded with 250 tonnes of paraffin. Branobel extended the railway with private sidings to the storage depots.

Tsaritsin became an important junction with shipyards and engineering works for the maintenance and repair of the railway’s engines and tank wagons. But transport in barrels was also necessary. Wood was expensive and difficult to get hold of. A number of manufacturers purchased empty barrels from America. In Tsaritsin, Branobel built a factory for the manufacture of drums on an industrial scale after having studied this kind of manufacturing in the USA.

At the stops at the railway stations, Russian railway personnel sold paraffin to retailers and agents in the area. They were, however, not allowed to touch the supplies until payment had reached the office in St Petersburg. Through telegraphs, the head office in St Petersburg knew where the tank wagons were in the country. Their positions were marked with pins on a large map. The railway stretched across the whole of Russia, all the way to Vladivostok on the Pacific Ocean. 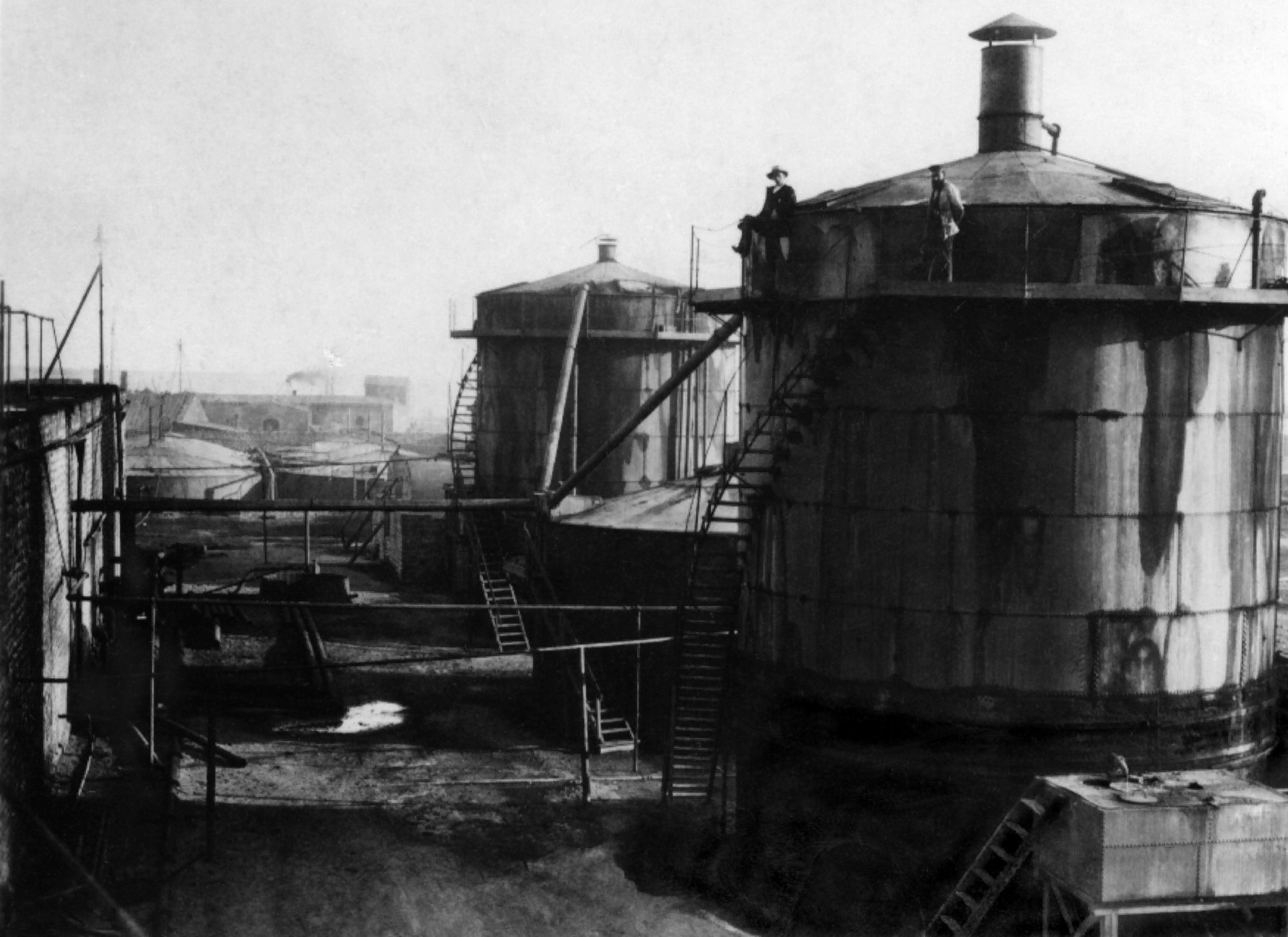 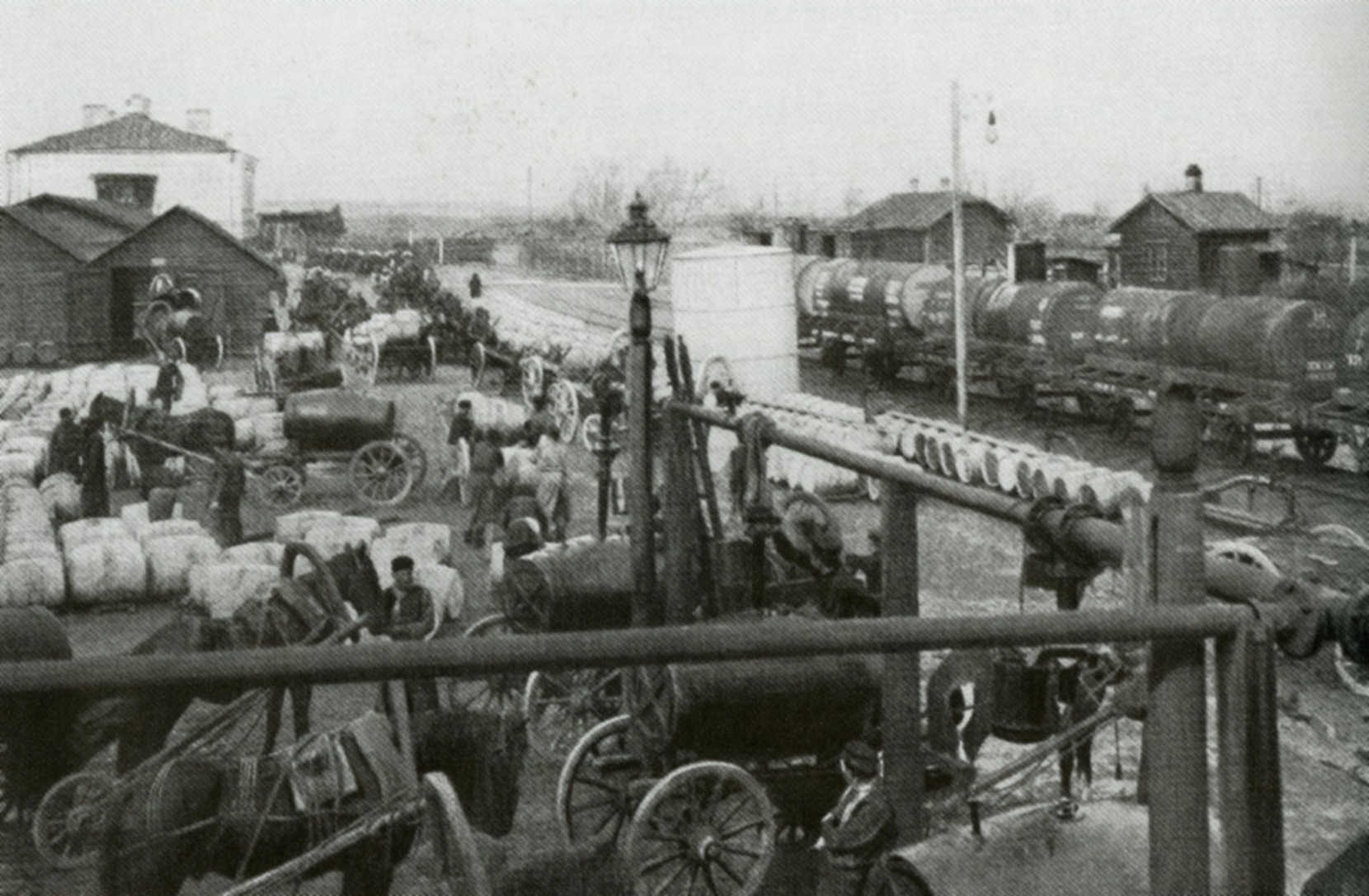 Ludvig Nobel built the tank wagons himself when the Russian State and the railway companies proved uninterested in making them. Special railway carriages were needed for the distribution of oil products in the expansive Russia. 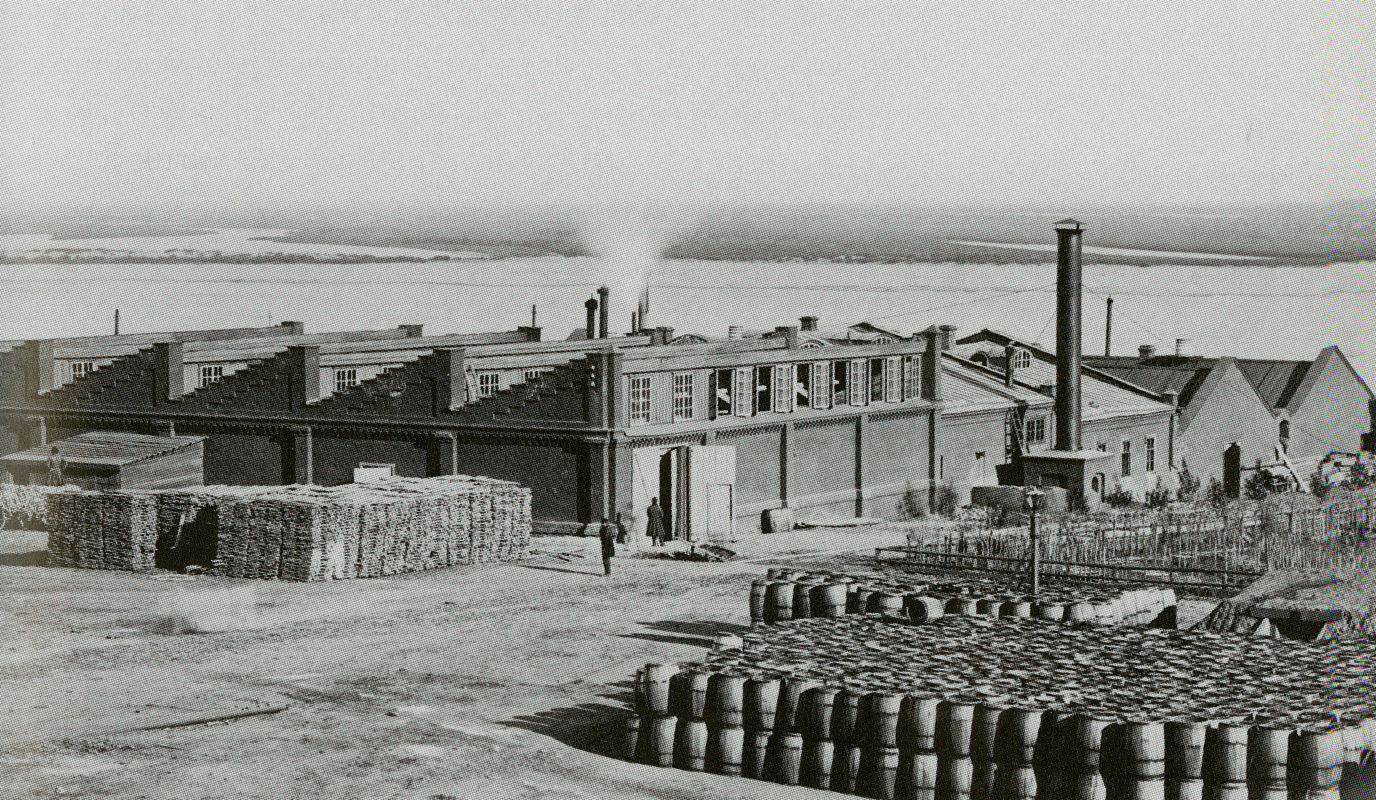 A factory in Tsaritsin made barrels following certain specifications learned from studies in the United States. For 25 years, the factory was run by the finnish ex-officer Frans Axelsson.