The oil requires tunnels to be built through the Caucasus Mountains

In 1883, an old wish is granted – the railway line connecting Baku to the Caspian Sea at the port of Batum on the Black Sea is complete. This makes it easier to transport Branobel’s products to Europe. At the same time, the rich French banking family, the Rothschilds, get involved in the stakes for Baku’s oil and competition increases.

It was difficult getting the oil products from Baku’s oil fields out onto the European market. The road lay via the Black Sea, the Bosporus and the Mediterranean and, by as early as 1874, a government commission has proposed that the railway be extended and taken on further from the Georgian city of Tbilisi over the high mountains and on to Baku.

For a long time, the financing of the extension to the railway was a problem. But then a branch of the French banking family, the Rothschilds, became interested. They had a refinery in Fiume on the coast of the Adriatic Sea and regarded the railway as an opportunity to reach an expanding world market with the cheap Baku oil and compete with the American Standard Oil. The Rothschilds invested 10 million US dollars in the railway extension, which was completed in 1883. The Rothschilds gave credit to the small oil producers who then ended up in a position of dependency. This was the same method of divide and rule that Rockefeller had so successfully used in Pennsylvania in the USA.

Ludvig Nobel was powerless against the Rothschilds’ entrance and this increased competition. At the same time, anti-Semitism was strong in Russia at this time. The Russians had not forgotten that it was the Jewish family, the Rothschilds, that had financed the British forces during the Crimean War, a war the Russians lost. It was also said that there was a plot behind the murder of Tsar Alexander II in 1881 and that this was instigated by Jews. After 1882, the Jews were no longer allowed to buy or rent land in Russia, but this did not deter the powerful and rich Rothschilds. They formed the oil company, BNITO, which became Branobel’s toughest competitor on the Russian market. The sleepy little port of Batum on the Black Sea became the shipping port for BNITO’s oil products and enjoyed a colossal boom. British tankers went from Marseilles and Fiume (Rijeka).

To the north, on the other hand, Branobel had, in practice, a monopoly on its distribution system. By as early as 1885 Cancel , they reached Eastern Germany, Austro-Hungary and Finland via the river Volga and the railway. Then came England, Italy, Belgium, Denmark and Scandinavia, where Branobel constituted a threat to the America suppliers.

But there was a problem. The heavy tank wagons found it difficult to cope with the climb at the Suram Pass in the Caucasus Mountains on the track between Baku and Batum. The idea of a railway tunnel through the mountain was, therefore, raised and, in March 1886, the Russian government gave this the green light. Ludvig Nobel’s son Carl was an agent for Alfred Nobel’s dynamite and provided quotes for dynamite deliveries. ”Not inconsiderable quantities will be needed”, he writes to his uncle, Alfred, and discusses which method to use. The government’s engineers could ”choose between compressed air and likewise water and electricity, as offered by Siemens”. Whether Alfred Nobel’s dynamite was actually used is, however, unclear.

The railway became crowded and there was also a lack of tanker wagons. Ludvig Nobel then formed a syndicate together with five of Baku’s biggest exporters and built a smaller pipeline through the actual pass. The pipeline was ready in 1886 and carried low-viscosity paraffin. They wanted to keep the refining process in Baku to maintain control over this, and the other Baku producers agreed with Ludvig on this, no matter how much they disliked the competition from him.

In 1896, the railway was almost washed away by tremendous torrential rain and they were forced to build a new one. At the same time, an oil pipeline was laid along the entire distance from Baku to Batumi. It opened in 1903, almost 30 years after such a pipeline was first suggested. But the riots, strikes and social unrest of 1905 reduced oil production and made the pipeline economically unprofitable. 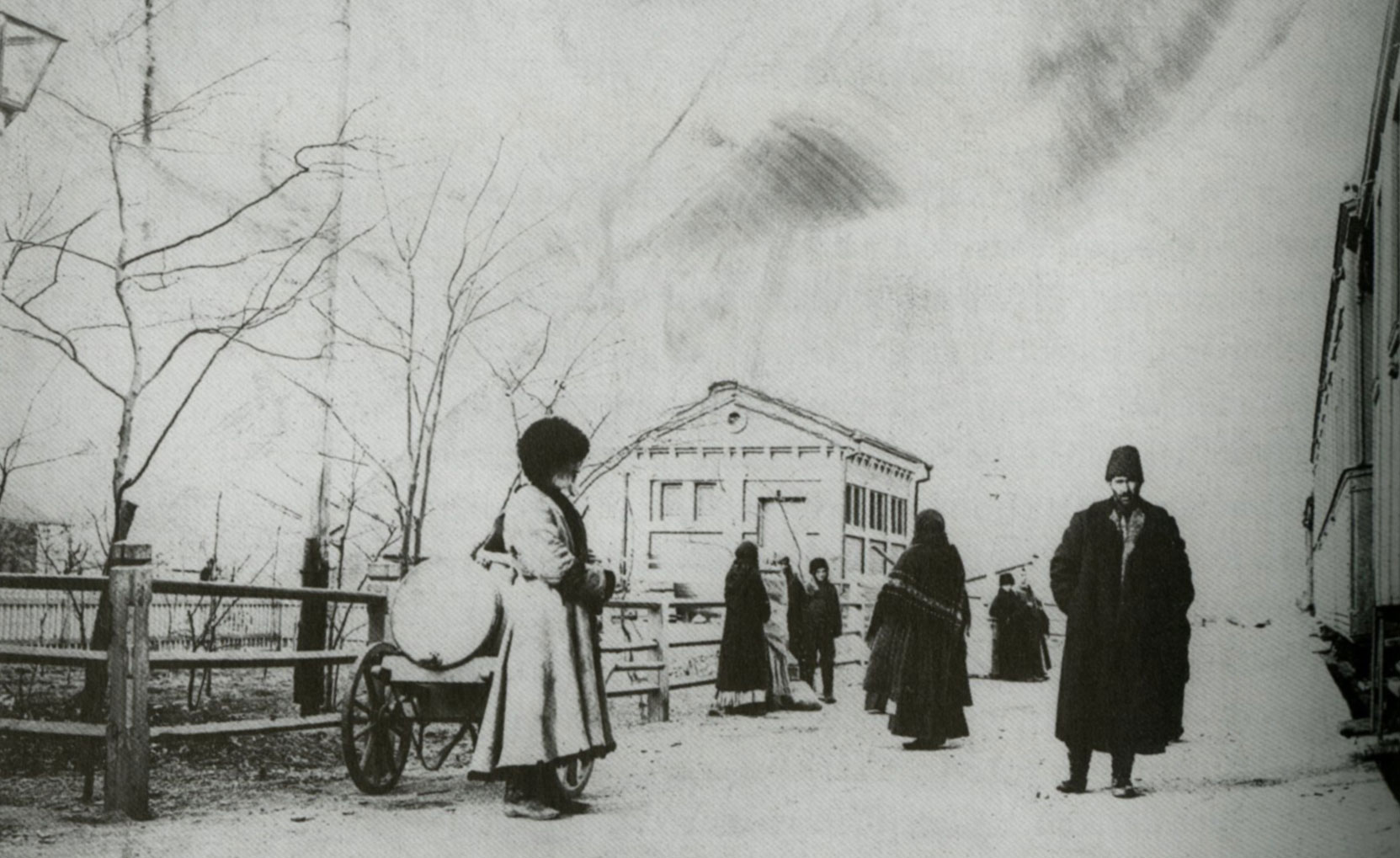 Batum, a small town by the Black Sea coast, was bustling with activity after the decision to run a railway connection between Batum and Baku. 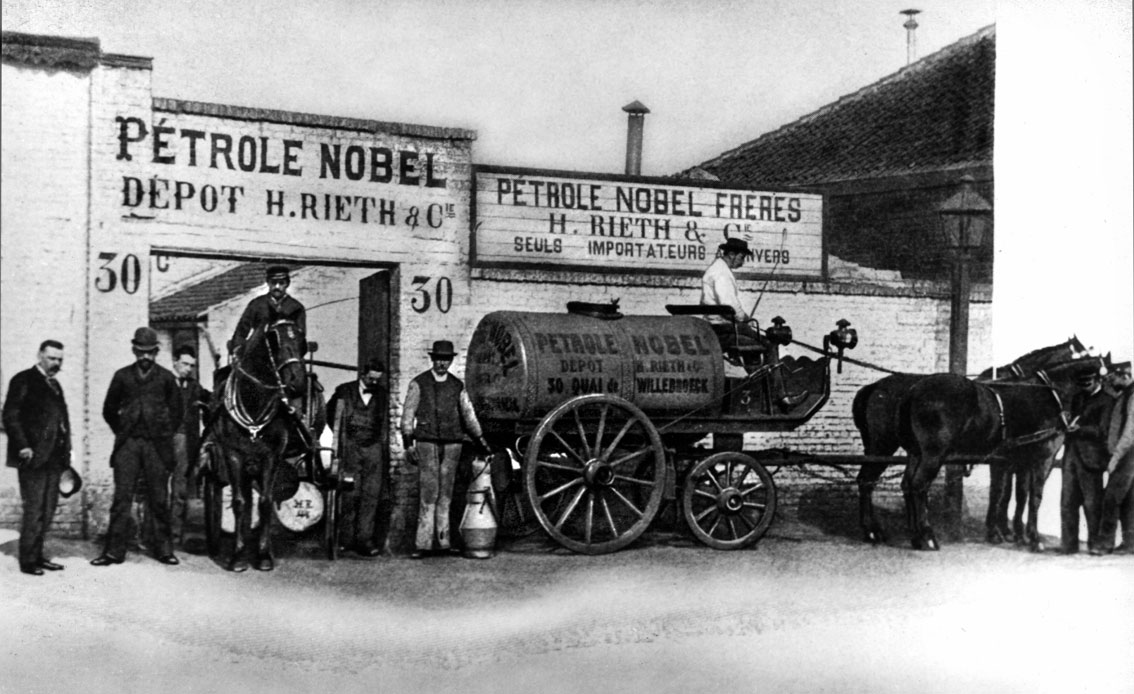 The lack of railway services between Baku and Western Europe made it difficult for Branobel’s products to reach the European market. For a long time, the horse and cart were used for transport, as illustrated by the photo from Brussels. 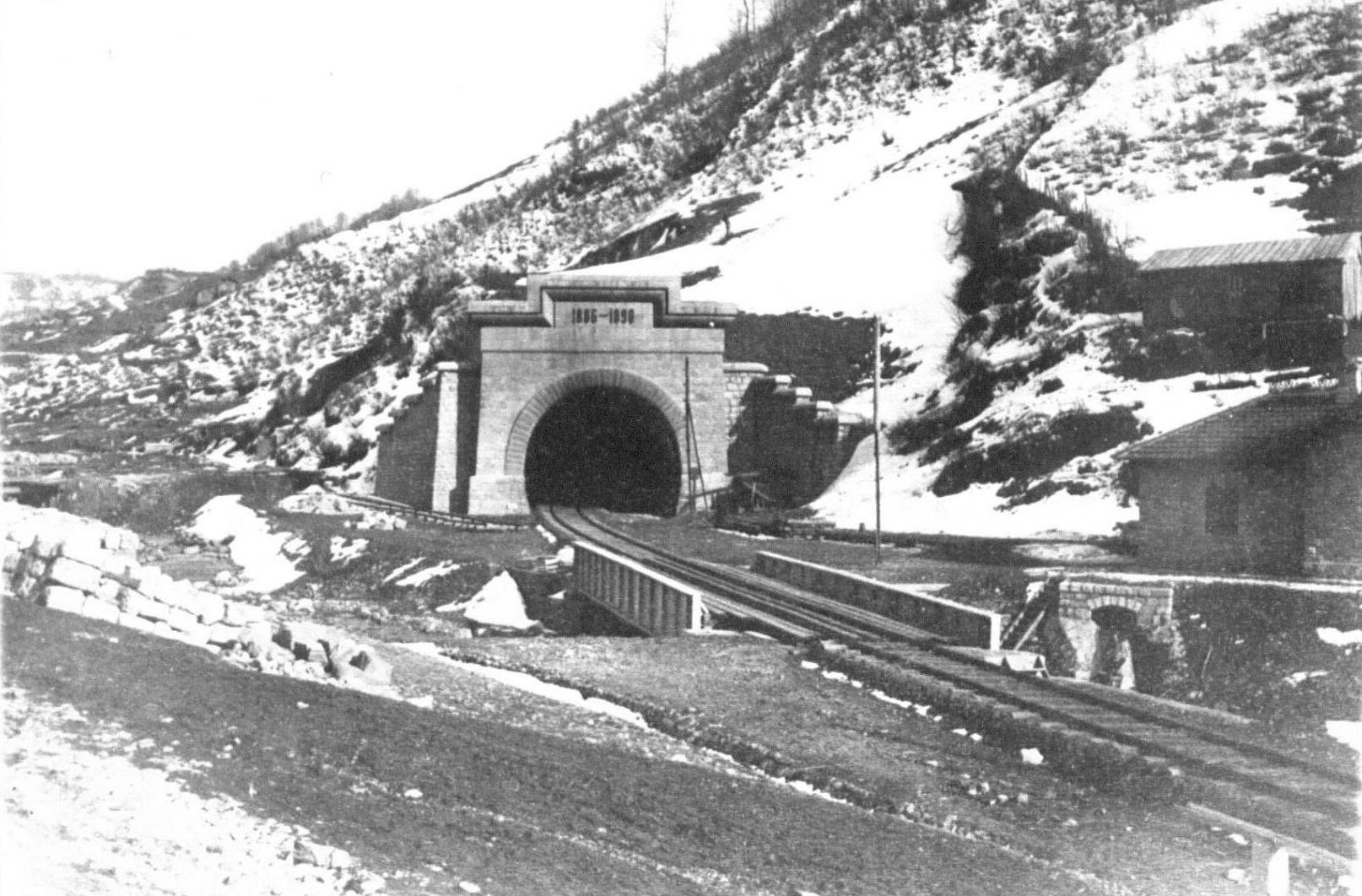 A tunnel had to be built through the Suram Pass to make it easier for the heavy tank wagons to go through the Caucasus Mountains. It is unclear exactly how the tunnel was built, but Alfred Nobel’s dynamite, for which Carl Nobel was an agent, may have been used.