The name Karl Wilhelm Hagelin is associated with the Brothers Nobel Paraffin Company, specifically the activities of the Baku office. In addition to the documents preserved in archives, Hagelin’s own memoirs Min arbetsbana (My Career) is a unique window onto a Russian-Swedish life.

Karl Wilhelm (also known as Karl Vasilievitj) Hagelin was born in St. Petersburg in 1860. His parents Wilhelm Hagelin (1828–1901) and Anna Lovisa Eriksdotter (1818–1870) originated from Vikbolandet outside Norrköping in Sweden. In 1861, the family moved to the Volga where his father worked for a period as a second engineer on passenger boats and towboats. Karl Wilhelm Hagelin spent his childhood near the Volga. He rarely saw his father. They only saw each other a few times a year during the navigation period.

In autumn 1870, he started at the Givochini boarding school in Nizhny Novgorod, a school run by the widow of the famous actor V.I. Givochini from the Maly Theatre in Moscow. Lessons at the school were good preparation for studies at the Alexandrovska vocational school in Saratov where he learnt bookkeeping and business correspondence.

In 1875, thanks to a recommendation from family friend A.I. Sandström, he was accepted into the design workshop at the shipbuilding factory belonging to D.P. Shipov in Kostroma. He received his first real assignment working on the designs for a motorboat, Count Kutaisov and two smaller steamers, Solovey and Lastochka.

In spring 1878, he decided to look for a new job in the city of Tsaritsyn, which was an important trading centre in the lower Volga region. A year later he was employed as a mechanic at the Kaukaz & Mercury shipping company in Astrakhan, where he worked on preparing boats for navigation and was a mechanic’s assistant on board the steamer Prince Gorchakov. His arrival in Astrakhan was decisive. It was here in Astrakhan that he met two Swedes, N. Qvarnström and master mechanic Westvall, with whose recommendation he was able to secure employment as a mechanic in the instrument workshop at the Nobel paraffin factory in Baku.

Hagelin’s first working day at Robert Nobel’s factory was on 4 April 1879. It was a difficult time, with demanding, tough work: “work was even more difficult than in Kostroma, as I had to work in cramped oil-pipe trenches under the burning Baku sun. Where there was a shortage of workers, you often had to carry heavy pipes on your back by yourself,” he writes. During his initial period in Baku (1879–1883), Wilhelm got to try several different jobs: he ground the tap attachments for oil measurement pipes, assisted chemist E. Tell in performing checks on the oil products, acted as a time-keeper and even worked as a temporary replacement for the workshop manager for a short period.

When engineer Alfred Törnqvist returned from his trip to the USA and started setting up a new paraffin factory, Hagelin was given a job as a draughtsman. However, Wilhelm’s lack of technical training affected the efficacy of his work, so he decided to apply to the Royal Institute of Technology in Stockholm. In order to pass the entrance exams, he took private lessons from engineer A.B. Lambert in mathematics, physics and chemistry.

After two years in Sweden, he wrote to Branobel’s managing director, J.G. Crusell, explaining his desire to return to Russia and take up his position again. Things went well for him again, despite tough times: “No clerks have been employed; instead, they are cutting back on technical personnel and already laying off employees.” Ludvig Nobel invited Hagelin to St. Petersburg. Wilhelm was given a post in the technical laboratory where he experimented with chemical processes for production of light oil fractions. His work was a success and resulted in a higher yield from more volatile products for each unit of raw material.

At the end of 1887, Wilhelm Hagelin was appointed the transport and storage manager for oil and oil products in the Volga region. In 1891, he was first promoted to technical director and then office manager in Baku. The new manager started at 7 in the morning and finished at 11 at night.

Despite the demanding work schedule, he coped with the administrative, technical and commercial matters extremely well. In 1900, he was recalled to St. Petersburg to replace M.J. Belyamin as the company’s chairman of the board, an important post he combined with monitoring Volga issues, main responsibility for Branobel’s transport fleet and managing the oil extraction and processing procedures in Baku.

The period of unrest between 1904 and 1905 that saw uprisings in Baku, factory strikes, Armenian-Tartaric massacres and arson in close succession led to his desire to leave his post to spend his time caring for the family estate in Södertälje, Sweden instead. But the loss of Wilhelm Hagelin was not something that Emanuel Nobel could accept, and Wilhelm was therefore made an offer to travel to America to “relax”. Hagelin accepted the offer, partly from self-interest (his uncle lived in the USA), and partly because it offered the opportunity to better acquaint himself with the oil industry there. The trip started in the north-western of the USA in Pennsylvania, followed by Los Angeles, Santa Barbara, San Francisco, Seattle, Chicago, Minneapolis and finally New York.

Following his return, Hagelin handed over his report on oil extraction in the USA to Emanuel Nobel. His ideas of quitting were now long forgotten. “It is inevitable – oil is what is important, what I have dedicated my life to. My private life will have to be set aside.” The trip to America also helped his career. In 1906, he was appointed Swedish consul general in St. Petersburg (1906-1911). At the same time, the “new cabinet ministers” in Sweden decided to change the consular institution by separating it from the diplomatic representation. “A consul is the merchants’ assistant. He needs to be close to both industry and trade.” However, the Foreign Ministry allowed Hagelin to become a board director of the company and turned a blind eye to the fact that he was actually acting as the company’s managing director.

The First World War changed work procedures within all company branches and Branobel’s management team in St. Petersburg for some time afterwards. In spring 1917, Hagelin travelled to Baku, continuing onboard the K.W. Hagelin motorboat to Astrakhan in order to deal with issues relating to continued activities on site with the company’s workers.

Wilhelm left Russia and spent a year abroad, but in July 1918 he was back for a shorter visit. He writes: “In the enormous head office where previously feverish activity was constantly under way, it is now completely dead. Russia and its extensive business activities have been paralysed.” The remaining directors M. Belyamin, G. Nobel and A. Belonozhkin tried at numerous meetings to solve the burning issue of how the company’s trading rights and authority could be protected.

Hagelin’s last attempt to enter Russia via Constantinople failed and on 3 July 1920 he was forced to return to Stockholm. It did not take long before he, together with Emanuel Nobel, joined the Aktiebolaget Cryptograph company under the management of Arvid Gerhard Damm (where Wilhelm’s son, Boris Hagelin, also worked for a time). In 1923, Karl Wilhelm Hagelin was elected as an honorary member of the Swedish Society of Engineers.

Tzaritsyn, the city where young Wilhelm Hagelin lived and worked before his employment at Branobel. Branobel river docks and oil depots in Tzaritzyn on Volga. 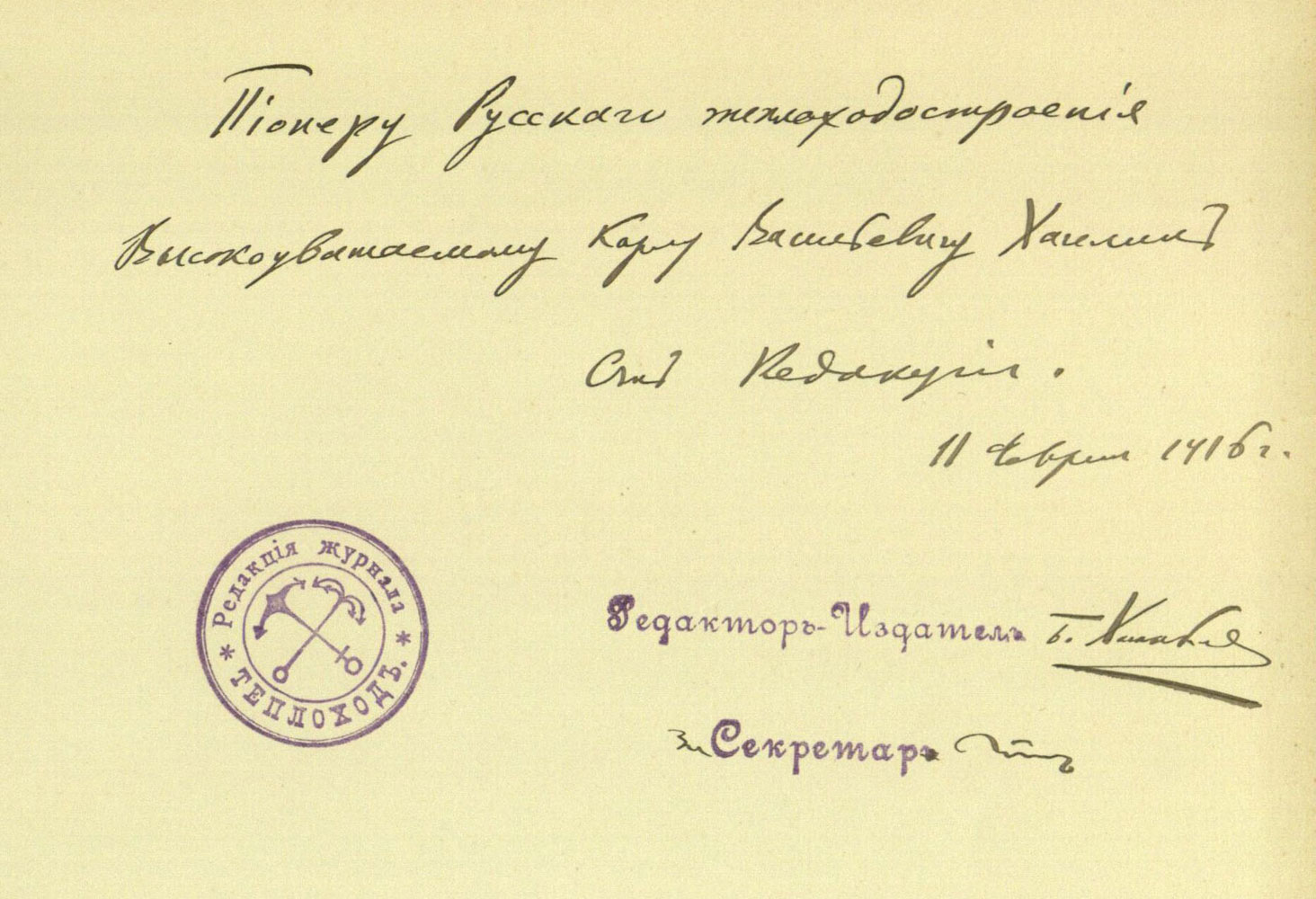 The illustrated magazine Motor Boat publisher Khanykov dedication to K.W. Hagelin, which reads: “To the pionair of the Russian motor boat building”. Hagelin had the main responsibility for Branobel’s transport fleet and managing the oil extraction and processing procedures in Baku. 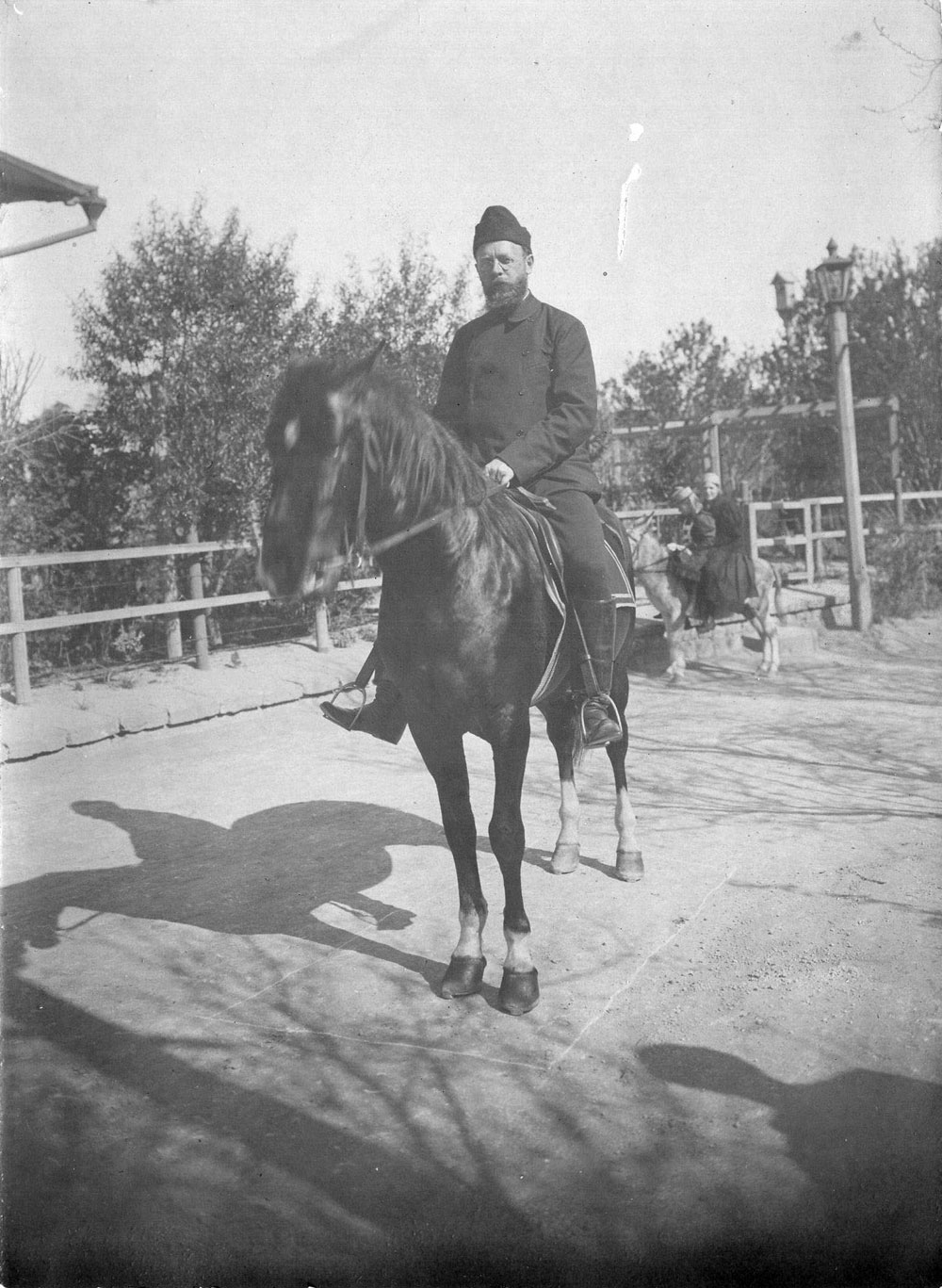 Hagelin on the horseback on his way to inspect the oil fields around Baku. Villa Petrolea, around 1896-1897. 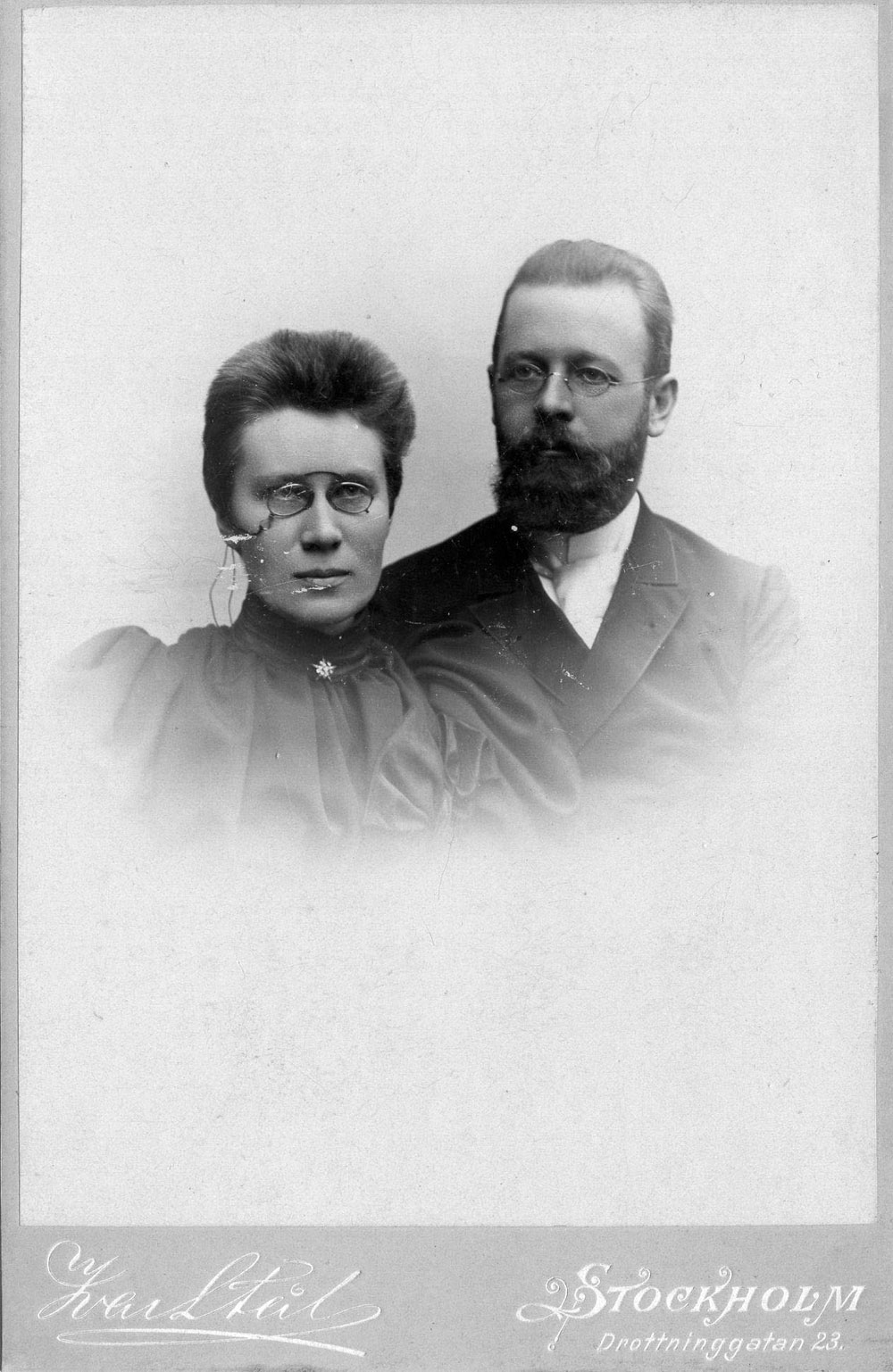 Wilhelm Hagelin and his wife Hilda Hagelin portrayed around 1900 in St. Petersburg.