What was the experience of the Branobel Company in managing ethnic relations during the Armenian-Azerbaijani clashes in the Baku oil fields? Human resources policy was non discriminatory in principle. Day-to-day practice was another matter.

Among the oil field workers, there were two clearly distinguishable ethno-religious groups: Muslims and Christians. In theory, there was no official discrimination based on ethnicity due to efficiency considerations. Non-discriminatory practices were, in fact, established as policy. Religious holidays were paid; the administration was tolerant of absence for religious practices.

Instructions for “Hiring, Maintenance and Dismissal” of skilled and unskilled workers, both in the oil fields and the machine shops, stated that the “wages of Russians and Tatars are the same”. But practice was not entirely consistent with this. A wage increase on 15 September, 1916, for example, gave 1.30 roubles to “Tatars” and 1.50 roubles to Russians workers.

In practice, Branobel gave preference to Russians in the hiring process. The skilled workers were mainly Russians, Georgians and other non-Muslims, and their wage rate was higher. Muslims tended to be unskilled and semi-skilled, and they were, therefore, less well paid. So, despite declarations of non-discriminatory practice, there was wage differentiation between different national groups. Because of their low literacy, a pattern abetted by longstanding social disadvantage, Muslims were assigned low level “dirty” jobs.

Thus, the exhausting working day, the awful living conditions, unresolved social problems, constant accidents and injuries, fines on the fields and a lack of civil rights – all this united the workers, regardless of their nationality, to stand up for their rights in a struggle against their employers.

These demands seem to testify to a united workers’ front, but this picture is misleading, because simultaneously with the revolutionary spirit and uprising throughout Russia in 1905, there were serious Armenian-Azerbaijani clashes in Baku. Accordingly to Branobel’s manager’s report : “The disorders are in the city [Baku], our workers are working quietly, peacefully”. Later he continued, “…the events have spread from the city to the oil fields, where there have been pogroms and fires”.

Oil field workers, regardless of their nationality, left the oil fields. They returned to their home countries, because they feared for their own and for their families’ lives, and because rumours were spread, “by malicious people”. After the conflict calmed, they returned. But on returning to the oil fields, they discovered that their flats had been plundered. In the business archive of Branobel, numerous workers’ petitions have been preserved. Azerbaijanis, Armenians, Georgians, Jews, Kazan Tatars, Lezgins, Persians – all suffered during the conflict, and they directed petitions to the company’s Special Commission with the request to render them financial aid, due to their material losses during the events of February and August 1905.

In their petitions workers indicated that “a crowd of swindlers arrived and robbed us”, and that they suffered losses “as a result of the actions of unknown malefactors”.

The manager of the Baku department of Branobel, Gustaf Eklundh, in this instruction to the Balakhany Office, noted the necessity of compiling a list of all workers who were eligible for obtaining emergency benefits resulting from the disorders. These beneficiaries were, according to the decree of the private convention oil producers in St. Petersburg, “those masters and workers of the oil fields and factories, who worked up to the events and continue to work without interruption until now”.

Manager K. Morenshildt delivered the minutes of the meetings of the commission to all managers of the oil fields and departments of Branobel with the demand for compliance with the rules laid down. The company’s Commission accurately registered all applications and demands of the workers about benefits for property losses in August, 1905. Workers’ applications were put together in special memoranda in the accounts department, in each case stating the benefits granted with regard to losses of property during the “events”.

As a result of the events of 1905 many workers of all nationalities left their jobs in the Nobels’ company permanently. This is seen in the “Lists about the granting of payments and benefits to workers for a long-term service in the company”. Branobel gave these workers a lump sum benefit in case they voluntarily left the service of the company.

The Branobel company’s benefits paid out to workers who suffered during the unrest amounted to no more than 55,000 roubles.

Branobel oil workers and their families could move in to new built houses located near to the oil fields. 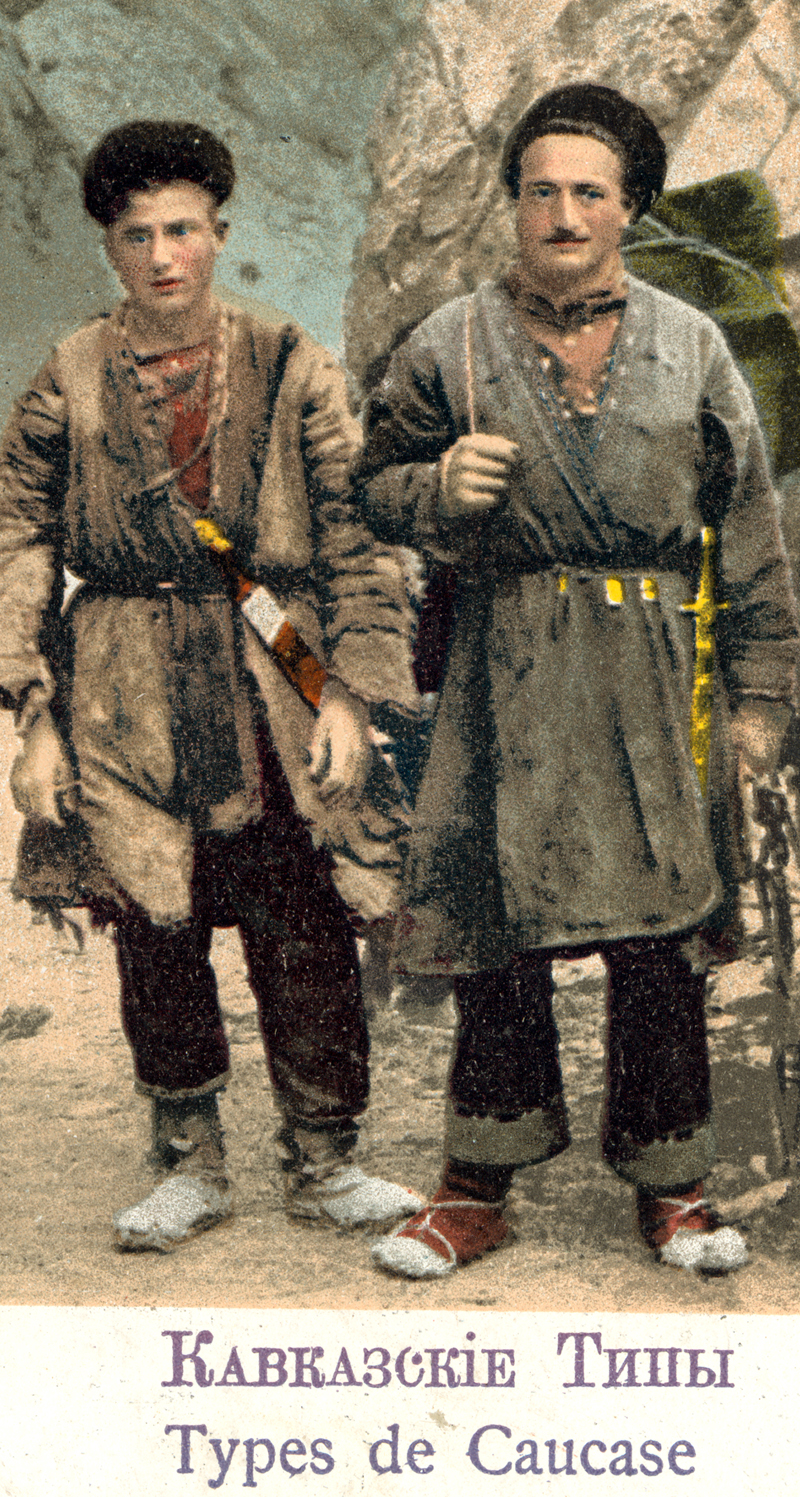 In Baku lived and worked many different ethnicities. Here you see two Khevsur men from Caucasus in their national costumes.

Working conditions were hard and tensions could lead to unrest, as we see here: a street scene after the fires in Baku 1904.