The danger of having a ”rainmaker” as a wife

Start » The danger of having a ”rainmaker” as a wife

One of Branobel’s works managers, the Swede, Gustaf Eklundh, lost everything as a result of the Russian revolution and never spoke to anyone about his time in Russia. But his Finnish wife, Vivi, and his daughters were able to describe a meeting with a sheik and the ladies of his harem. Something that was to have unforeseen complications…

Branobel often contracted staff at a managerial level from Finland and Sweden where there was a high level of education among engineers and economists. In Russia, they lagged behind because general school education was not introduced until the 1860s. Gustaf Eklundh moved from Balakani with his family in 1904 to Villa Petrolea as Chief Administrator. When news of an attempt to shoot him reached the Branobel Headquarters in St Petersburg, Wilhelm Hagelin travelled to Baku, where he convinced Gustaf to take up a position as a member of the Branobel board of directors in St Petersburg in autumn 1906. Six years later, in 1912, Gustaf left Nobels to work with Dutch-Shell in Dossor, ”Uralka” in the Emba area north of the Caspian Sea, where he stayed until 1918. Following the Russian revolution Gustaf moved back to Finland and worked on his estate in Esbo where the family Eklundh still resides. In 1919 Gustaf took part as expert in an expedition to Baku for the Shell Oil Company, and in 1922 he represented Shell in a Paris conference and inspected oil fields in Rumania for Shell.

The Russian Revolution destroyed everything he had been involved in creating, including his own fortune. Gustaf Eklundh and his son, Lars, who grew up in Baku, both drew a line under their entire Russian period and never said anything about that time to either their children or grandchildren.

The only thing in Gustaf Eklundh’s home in Finland to remind him of Russia was a silver plaque, made by the jewellery firm, Fabergé, in St Petersburg to commemorate Branobel having produced a billion puds of crude oil during the years 1879 to 1906. On the plaques, there was a portrait of Ludvig and Emanuel Nobel, and also a map of the Baku region. For this celebration, Emanuel Nobel also ordered a large Fabergé clock in the form of the fire worshipper temple, Ardur-Ghur, which was Branobel’s company symbol.

This anecdote was, however, related by Gustaf Eklundh’s wife and daughters: In 1905, Gustaf made a journey to the Caucasus with his wife, Vivi, and his 18-year old daughter, Tyra, and their party to look for new oil wells. During the journey, they passed the home of a local sheik and were welcomed into his home, covered in Caucasian rugs from floor to ceiling. Vivi and Tyra were sent to the harem, where they were inspected and examined from top to toe. The ladies of the harem had never seen a redheaded Western women before and Tyra’s hair attracted a great deal of attention. Laughing, the ladies of the harem also examined the foreign ladies’ underclothing and corsets, something they had never seen before.

The sheik had a large number of dark and plump harem wives and the sheik asked Gustaf, ”Why do you have such a thin, old hag as a wife? I have dozens of wives and all of them are more beautiful than your only one.” Gustaf was quick-witted and replied: ”That may be the case, but my wife can make rain.” You see Vivi had the reputation of it starting to rain wherever she travelled. At the moment, there was a great drought in the area, resulting in great need. The sheik then understood – to some extent – the reason why Gustaf had an ”ugly wife”.

On the return journey, the company once again passed the sheik’s home and now there was great joy! It had been raining for several days. The sheik now gave him the immediate offer of a swap. Gustaf could choose any wife from his harem if the sheik was allowed to take over the ”ugly wife” that could make rain. Gustaf rejected the proposal with the argument that droughts could also occur in Finland and rain was also invaluable there. He thought the matter was settled with that.

But once they were back in Baku and Villa Petrolea the sheik made an appearance after a while with his attendants. The sheik repeated his earlier offer but now with greater emphasis. He had with him four of his ”most beautiful” harem wives and a cow, according to the sheik an extremely important animal, ”more valuable than a harem wife”. The sheik was offering all of this in exchange for the ”rainmaker”. The fact that Gustaf was able to turn down the offer of a swap this time too without any great complications presumably required both eloquence and a great deal of luck. 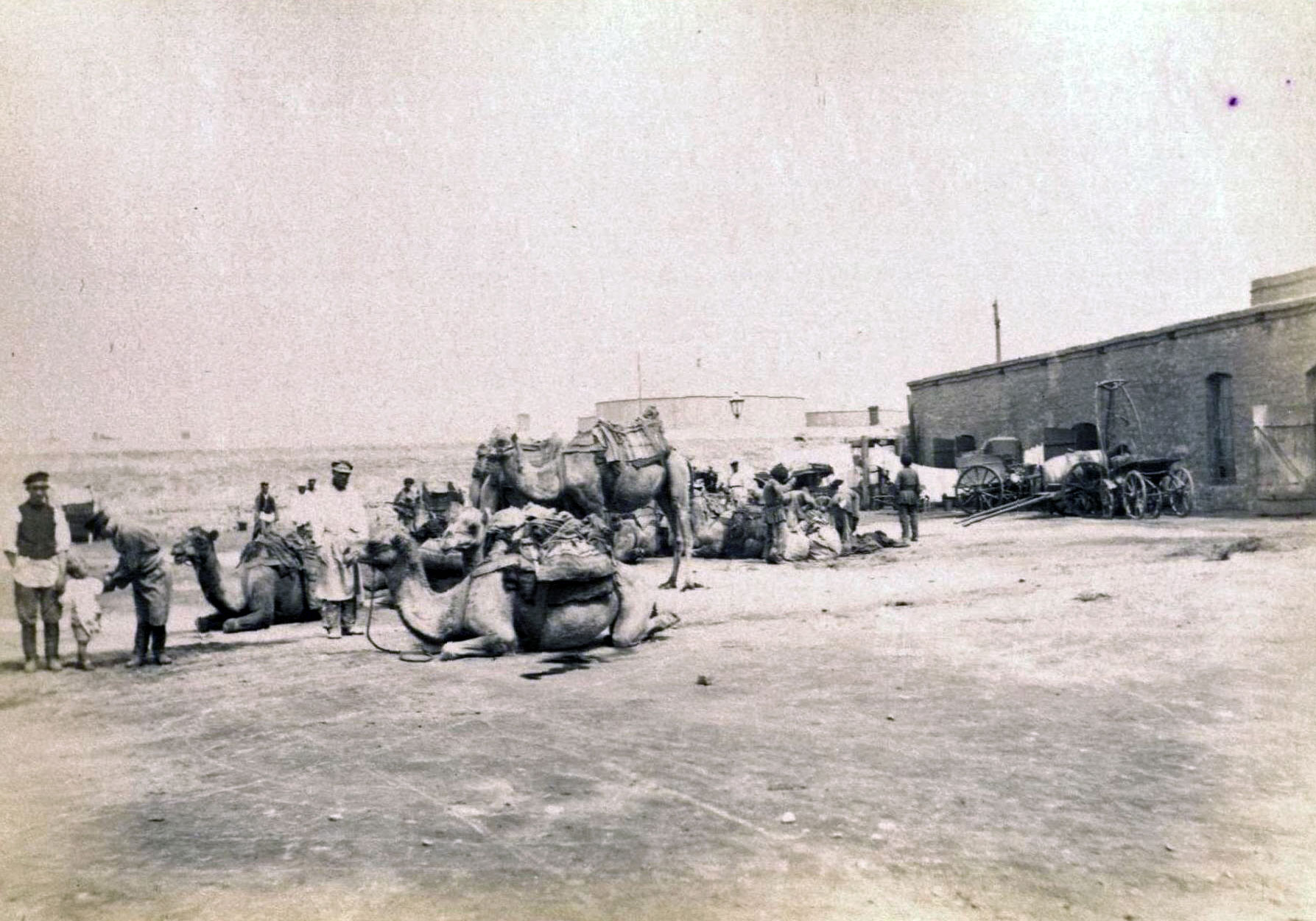 Gustaf Eklundh and his wife Vivi and daughter Tyra travelled 1905 in Caucasus on a reconnaissance expedition for new oil wells. As they travelled they encountered a local sheik, who was much puzzled about Gustaf’s choice of wife. Gustaf defended his wife, explaining ”My wife can make rain”. 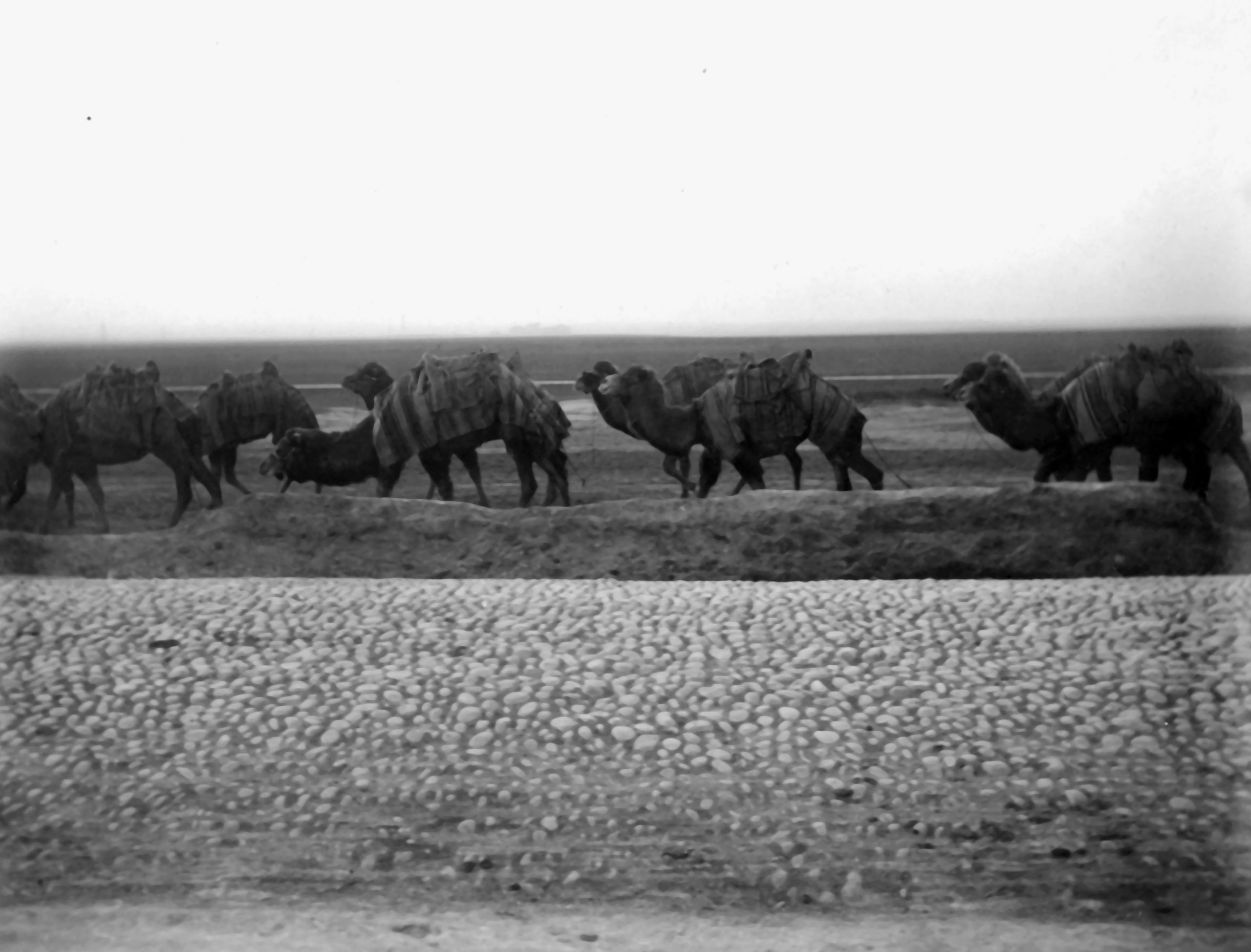 There was a severe drought in the region at that time, and the sheik could therefore to some extent understand why Gustaf had what the sheik considered a ”ugly wife”. 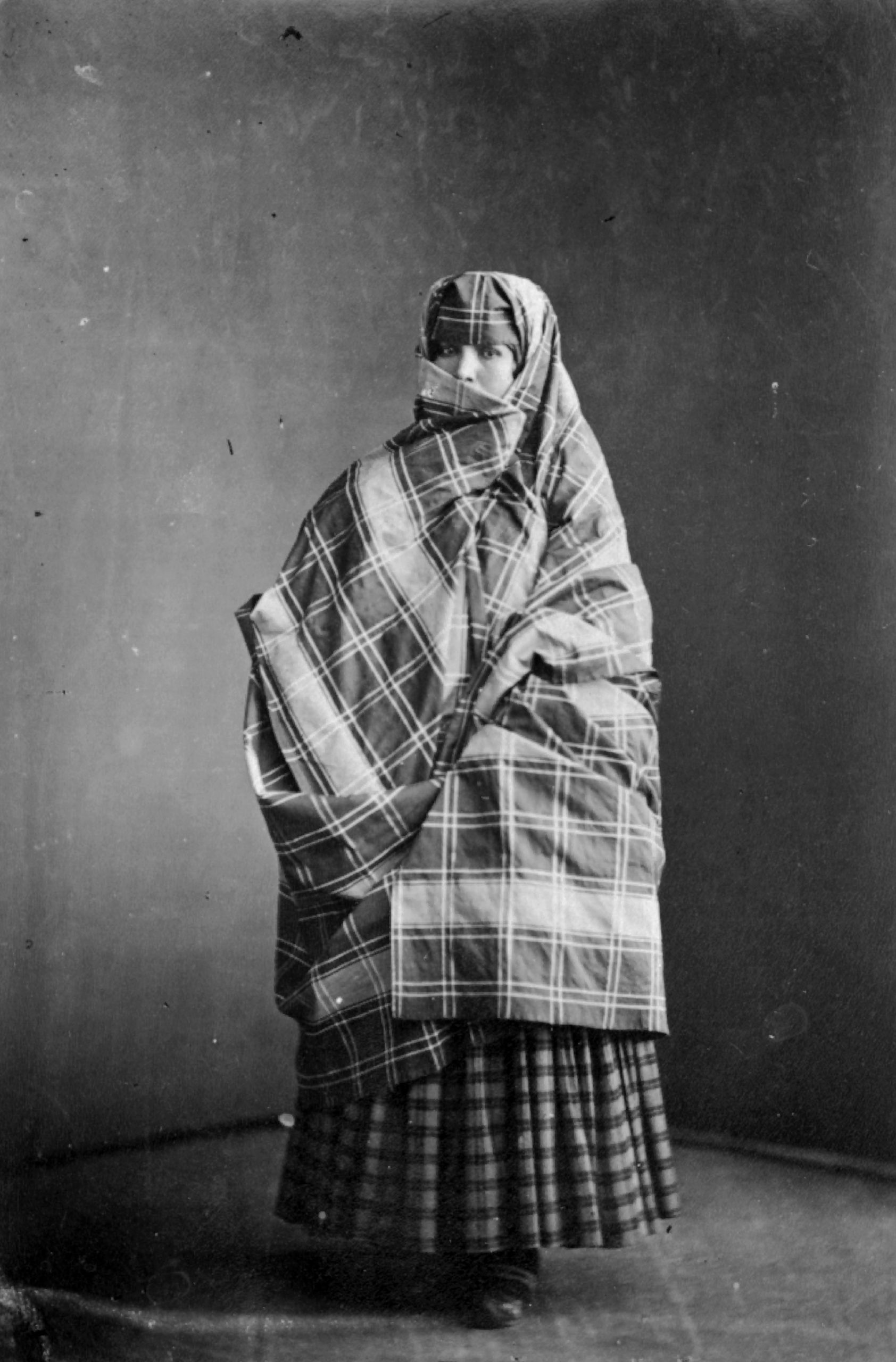 The sheik recognized the value of having a rainmaker for wife, and offered Gustaf to choose freely another wife from his harem in exchange for Gustaf’s beloved Vivi. But Gustaf rejected, not only once, but on two separate occasions. 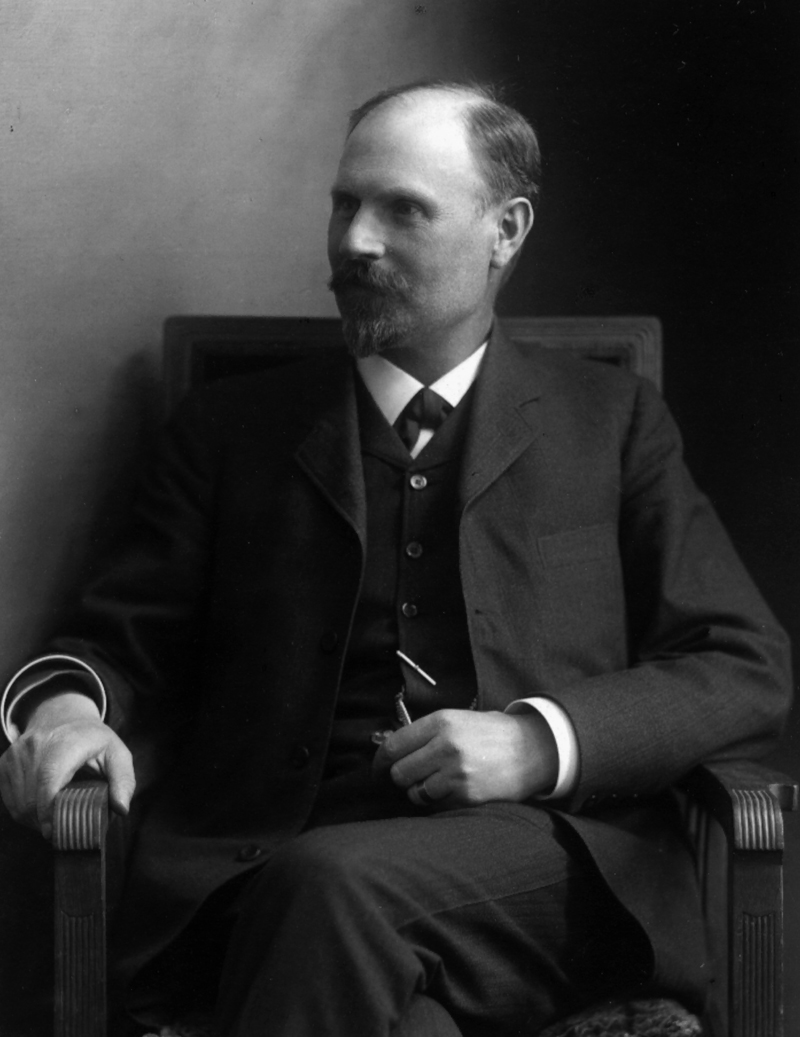 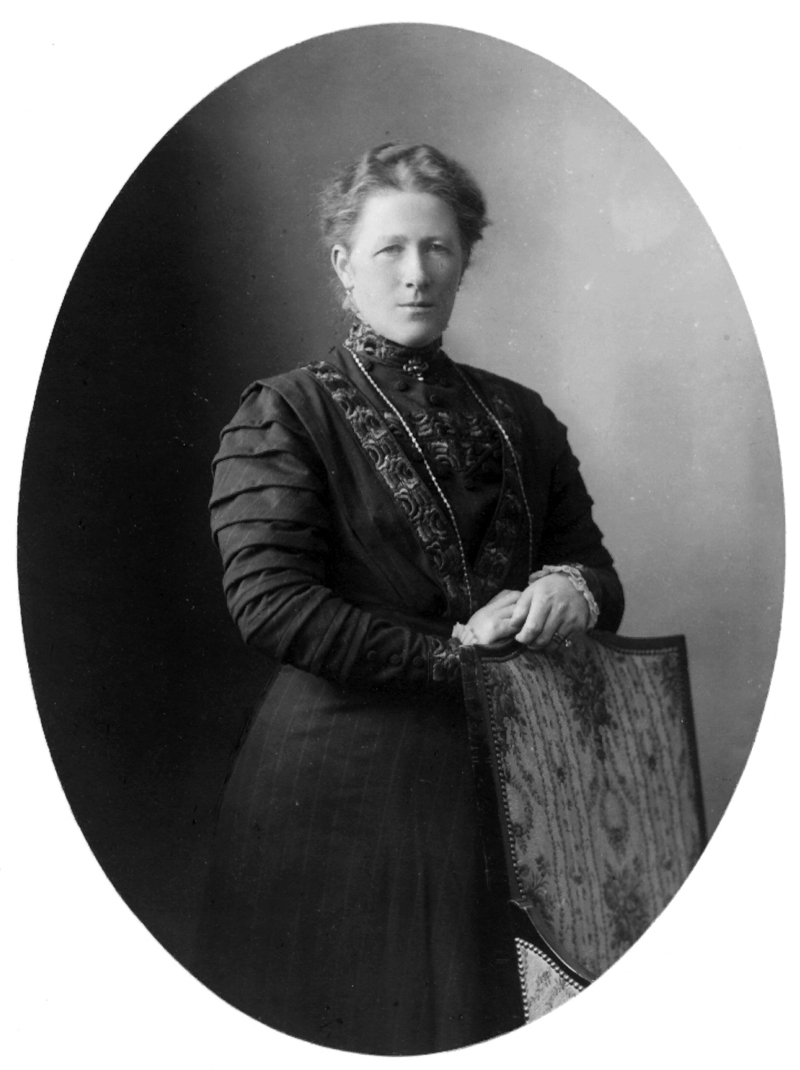