Robert Nobel employs geologists at an early stage to search for oil and gas deposits around the Caspian Sea. The first Swedish geologists who come to Baku travel far and wide around the area and extend their field of knowledge. Leaving the university environment was not always looked on with approval.

One of the first geologists mentioned in Branobel’s history is Doctor Phil, who was given the annoying nickname of ”the ground doctor”. After him, Hjalmar Sjögren came later on and he was engaged as a geologist in 1885. At that time he was a senior lecturer and acting professor in mineralogy and geology at Uppsala University. Travelling out into the field was controversial. Some of their academic colleagues felt that it was inappropriate to take a leave of absence to travel abroad. A professor’s place was in the laboratory. History would later prove that this was an excellent career move.

In 1887, Hjalmar Sjögren wrote for a Swedish newspaper. He gave a lively description of a volcanic eruption that took place in one of the mud volcanoes south of Baku. His studies were hardly safe. The gases were dangerous and the volcano’s mud was thrown out in flames.

In his memorandum of 1886, ”Proposal for the organisation of the management of Balakani”, Ludvig Nobel describes the tasks to his staff:

”The job of the geologist is to propose places to lease or buy for drilling, to perform investigations and propose the acquisition of new naphtha-bearing terrain. In combination with the first drillmaster, he is to direct the drilling works, follow the progress of every new drilling and decide when it is to be concluded and when the drillmaster can hand over the bore hole for regular exploitation. In the event of violent or protracted jets, the geologist should, in combination with the section manager, decide which measures should be taken. The geologist should also report to the office.”

The company’s local land agent, Karaseff, worked as an intermediary and mining concessions were registered by the authorities. At the end of the 1880s when Hjalmar Sjögren published his paper ”About the declining oil level on the Balakani plateau” this created a stir in Baku. That the oil could ever come to an end was inconceivable, particularly for the Russian chemist Dimitri Mendeleev who believed that Baku’s oil riches had no parallel ”that we know of” in the world.

Hjalmar undertook long journeys in the southern and northern Caucasus, the Balkan area and Persia. He married Ludvig Nobel’s daughter, Anna, and, even after his return home, he was summoned by Emanuel Nobel for several special assignments up to 1917.

The years in Russia were rewarding for Hjalmar’s career at Uppsala University. Geology and mineralogy improved the university’s reputation and this subject field was expanded with new knowledge and ideas.

Another geologist was Torbern Fegreaus, a native of Kuse Gård on the island of Gotland on the Swedish east coast. He took a degree in mining at Uppsala University with Hjalmar Sjögren as his teacher. In 1891, Torbern Fegreaus came to Baku and, like Sjögren, he undertook extensive journeys in the Caucasus, central Asia and southern Russia to find new oil fields. His journeys provided various lessons of a more hands-on nature, such as this:

”When you are on the move in Russia, two things are essential: a pillow and a burka. The burka is a coat cut in a circle, reaching to the feet and made of thick sheep’s wool, impenetrable to the weather and moisture and, at the same time, light and warm. And it has the good quality that neither bedbugs nor scorpions find it pleasant to crawl around in sheep’s wool.”

Torbern Fegreaus wrote almost 300 letters to his father. He was also referred to affectionately in Ruth Stigzelius’ letters home to her mother in Sweden. Fegreaus, ”Figge” was a sociable person. He left Baku in 1917 in haste and, until his death in 1923, he mourned his maps, his collections and finds as a researcher that he had left behind there.

At times Baku was shaken by volcanic eruptions and earthquakes. The company’s seismic measuring station recorded movements in the earth’s crust day by day. In the Nobel colony’s newspaper ”Julgrisen [the Christmas Pig]”, they joked about earthquakes; ”The seismograph has given a large reading! But it proved to be the case that Herr Sjöwall has happened to trip and fall over. Since Herr Gyllenhammer also fell down some stairs a few days later, things have been calm.”

Geologists from the Balachany office used maps and reports to find new oil and gas deposits around the Caspian Sea. 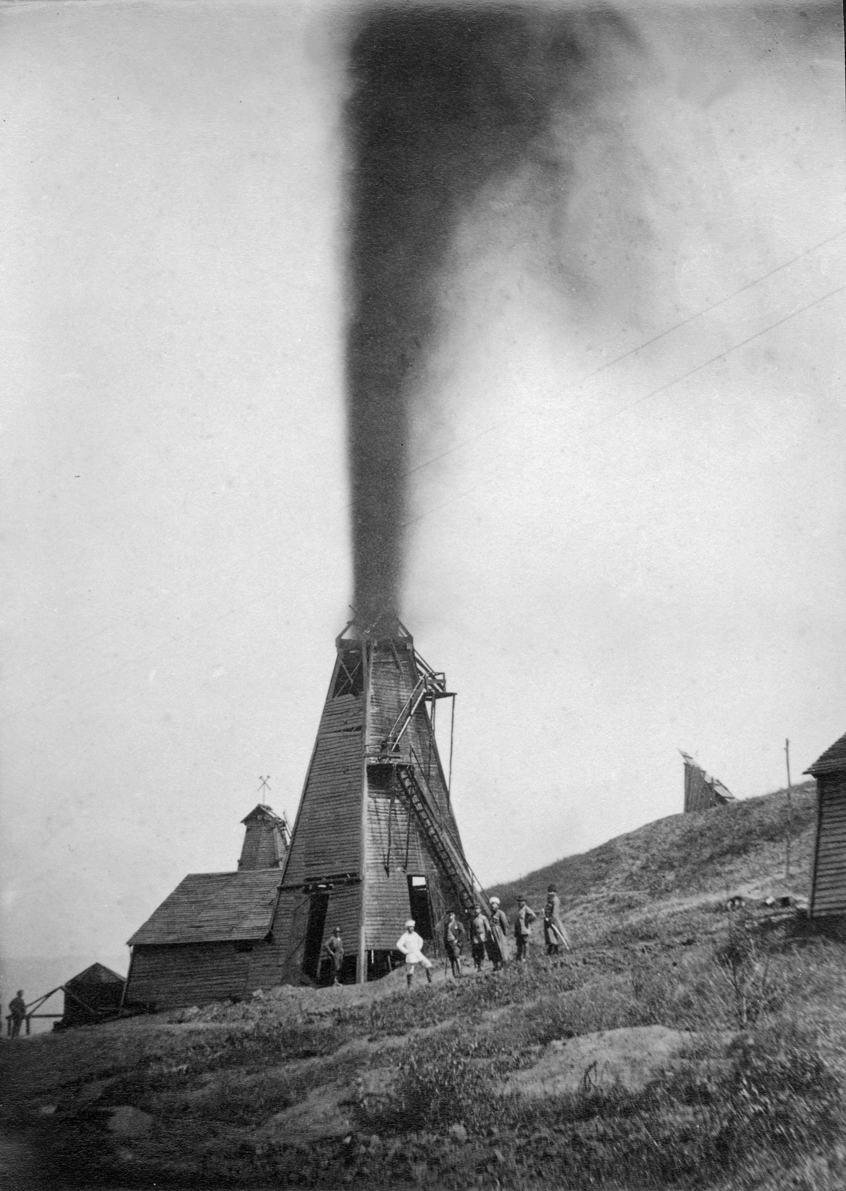 In the event of violent or protracted gushers, it was the geologist’s job, together with the section manager, to decide what measures should be taken.