A harsh climate and many diseases claimed victims among Branobel’s employees in Baku. In 1882, Ludvig Nobel decided to improve the conditions for the Northerners and started construction of Villa Petrolea – a residential district for the company’s employees.

At the start of the 1880s, conditions in Baku were tough. The weather changed from snowy winters to tropically hot summers. One minute the northerly wind was blowing icy blasts, the next minute there were sandstorms. Cholera, typhus, malaria and respiratory diseases claimed victims, with Branobel losing good workers. Ludvig Nobel realised that the Northerners needed better living conditions. In 1882, dwellings were built in an area called Villa Petrolea.

The Finnish manager Gustaf Törnudd describes in his diary how “the park with its houses lies in a charming valley between two high mountains. Here we own around 10 acres of land and are erecting our town intended to house one hundred of the company’s employees. All the houses are located on a slope, so the sea is visible from all the windows facing south and east, both over the houses and between them. All the buildings are made from white, finely-hewn sandstone in a Byzantine style, both one and two storeys high, and each house will be surrounded by an elegant park and garden.[ABR1]  Each house is surrounded to the east and south by broad, neat verandas on both the top and bottom floors. Fresh water is drawn from the Volga to a cistern every day. Pipes run to the fountains, kitchens, bathrooms and fire pumps.”

He writes about an auditorium, skittle alley, annex with baths, laundry, mangle room and ironing room. He also describes the apartments and then starts to describe the shared community rooms. “The club house contains a restaurant, music and ballroom, billiards room, library and reading room. The ice cellar is filled with ice from the Volga, which is a blessing for everyone. An orangery, stables, wagon sheds, a chicken run, duck ponds, barns and pigsties are also to be erected. We hope to get more land in order to set up large-scale agriculture over time. Gas is piped from the factory to the homes in order to heat the rooms and cook food. The lighting is already partially electric at the factory and in the settlement. There are already telephone lines, but they will be extended to each department, to the offices in Balakani and in the town.”

The cockroaches plagued Törnudd. “In the morning, when the rooms are cleaned and all the fires put out, you put petroleum (Nobel’s is the best) in a bowl and wash all the floors down liberally with it, close all the doors and windows and then leave for an hour or so. When you enter later, it is as if they are nailed to the floor by their long back legs. Here they can die, or you can kill them with a hammer. This method is unerring, and has liberated me from sleepless nights.” Törnudd bathes mosquito bites with ‘ammoniac spirit’. He was bitten by a grasshopper and he knows that the tarantula is a large, poisonous spider whose bite is slow to heal, but he has only seen one so far. A scorpion has been killed in the office, although he has not seen one. “The flies are a real pest and are here in their millions, worse than any barn in Finland,” he writes, adding:

“I almost forgot to mention that we are erecting expensive equipment in order to use compressed air to reduce the heat in our rooms in the town to the normal 15 to 20 °C we Northerners are used to. A hospital with a beautiful garden is to be constructed. A neat barracks is being erected for our guards, 40 men selected from the guards in St. Petersburg, some of these on horseback and all fully armed. Does it not sound like a tale from the ‘Thousand and One Nights’? Nevertheless, it is true and shows that Ludvig Nobel does not spare any effort or cost to make Baku as pleasant a place for us Northerners as possible.” 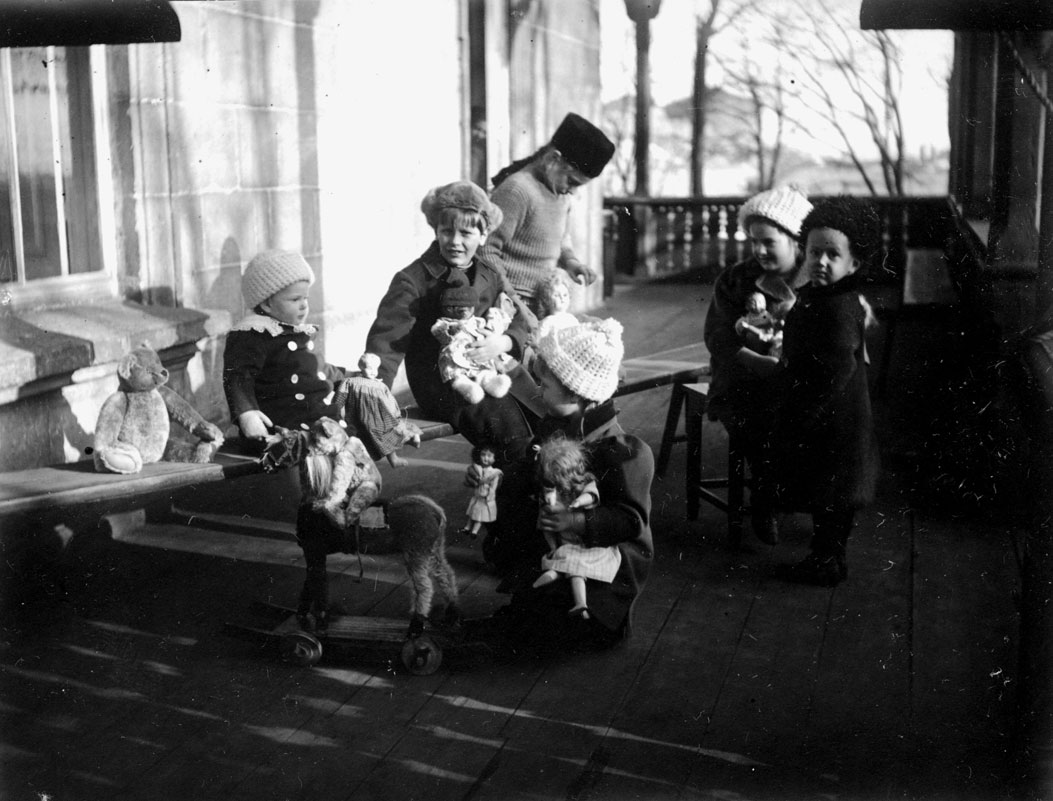 In Villa Petrolea, the Scandinavian families could live protected from Baku’s weather and all the diseases that were rife in the city. Here, a group of children play on the villa’s veranda. 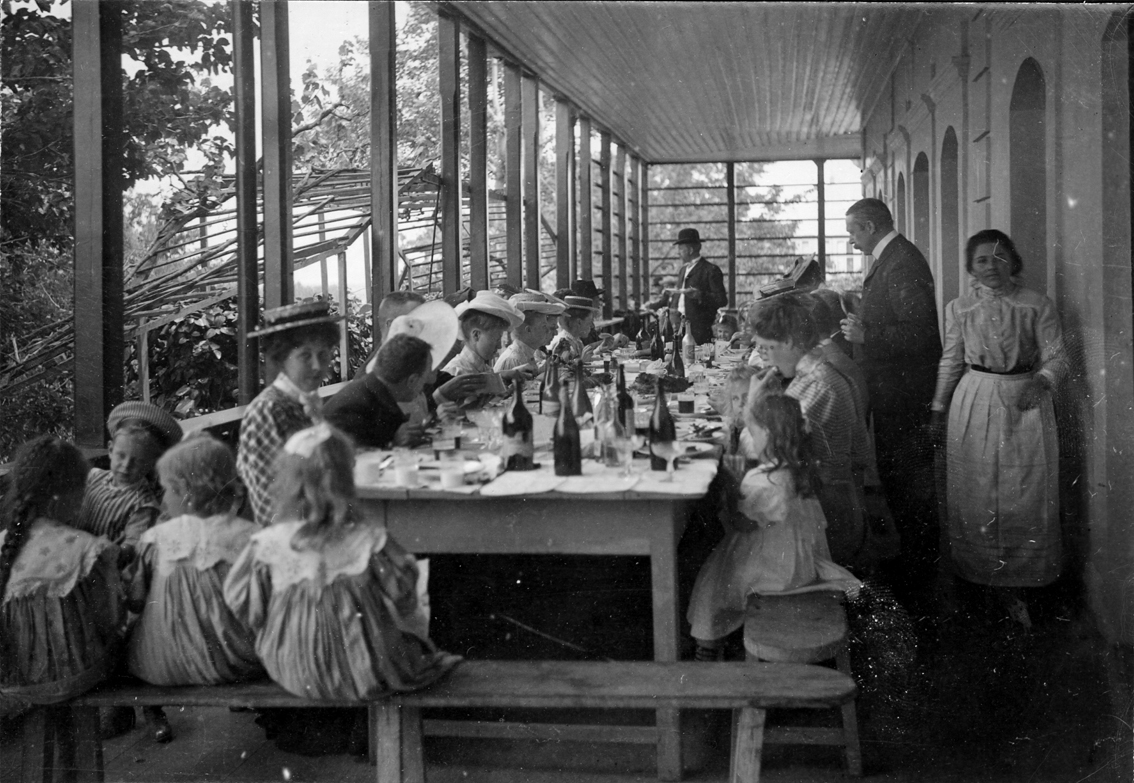 Shielded from the rest of the city, Villa Petrolea’s veranda was an excellent place for parties and celebrations. 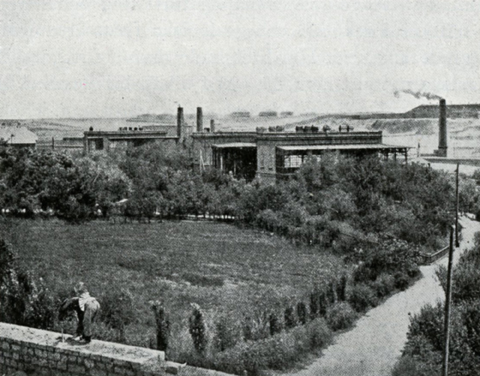 To improve the living conditions for Scandinavians in Baku, Ludvig Nobel had Villa Petrolea built in 1882, a green oasis in the otherwise barren landscape.