At the turn of the 20th century, Branobel is stronger and more successful than ever and the company is producing ten percent of the world’s oil in Baku and its surroundings. Emanuel Nobel buys his uncle, Alfred’s, shares in the company and the money goes into the newly-formed Nobel Foundation. In 1901, the first Nobel Prizes are awarded in Stockholm and Oslo.

Prior to the turn of the century, in 1900, resistance was growing and public opinion turning against one of Branobel’s greatest rivals, the American company, Standard Oil. The criticism referred to their manipulation, secretiveness and financial contributions to politicians and parties in exchange for expected ”favours in return”. The number of lawsuits from federal states and steamrollered companies increased.

At the same time, it appeared that the oil resources in Russia were inexhaustible. New American oil deposits were also discovered in Texas, California, Louisiana and Oklahoma. John D. Rockefeller was beginning to feel tired. He felt as if he was being ”crucified” and, in 1897, he passed on the position of head of the company to John D. Archbold.

The city of Baku on the Caspian Sea had, at that time, become a metropolis with wide illuminated streets, restaurants, public baths and modern hotels – the finest of which was Hotel d’Europe. The Caucasus was revived through the Russian Finance Minister Sergei Wittes. The oil producers had begun to work together and, after years of hesitation, when the journalist Charles Marvin attempted to interest the English in oil, the English industrialists now invested in mining in the area. As a result of the arrival of the English, the French-owned Rothschilds, the Nobels and the Russian Mantashev Oil Company’s dominant position was broken. Vineyards and tobacco factories increased in number and the nouveau riche oil barons built private palaces outside the old city’s walls.

The Nobel Brothers’ Russian industrial empire harvested the fruits of Ludvig Nobel’s enormous efforts to create the oil industry that was producing 10 percent of the world’s oil from oil wells in Baku and around the Caspian Sea at the turn of the century. They worked better and better with their local rivals, Mantashev, the Rothschilds, the Caspian-Black Sea Corporation, the Baku Oil Society, the Caspian Company and the Society for Drilling Russian Oil and Liquid Fuel.  Together, these companies produced 50 percent of the oil in Baku. The other 50 percent was produced by smaller companies.

In the Balakani field, a giant reservoir for 800,000 tonnes of oil was built.  They had the capacity to store a total of 2 million tonnes of oil. The greater part of Baku’s 140 km long pipeline systems was owned by Branobel. Almost 60 percent of the oil transported on the Volga came from the Nobels’ factories: petrol, kerosene, lubricating oil, paraffin and asphalt. The future industrialisation of Russia required more masut, which became Branobel’s foremost product. The demand for paraffin reduced. The factories produced vitriol, copper, sulphuric acid and hydrochloric acid. Electricity ran pumps and drills and lit up workplaces and streets.

Branobel’s fleet was greatly expanded. Wilhelm Hagelin was given a budget of 12 million roubles to build new tankers and convert the older ones to run on diesel. The vessels were built at the Kolomna works on the Moskva River. Boats and barges were adapted for the rivers and canal systems. On the Black Sea, boats went from Batum, Novorossisk and Rostov to Russian harbours. Via the Caspian Sea, paraffin was carried into Russia and on to Europe.  Paraffin was transported away in the direction of Vladivostok and China, as far as Shanghai, by train and camel.

Business was going well and, in 1900, the yield on share capital was 20 percent. The three brothers, Robert, Ludvig and Alfred Nobel should have been satisfied. The Chairman of the Board, Emanuel Nobel, Ludvig’s son, led the company from its head office in St Petersburg. He had polished his talents as a financier and had the best possible contacts in both the Russian government and European banks.

Following conflicts and legal proceedings over Alfred Nobel’s will, Emanuel bought Alfred’s shares in Branobel. The payment of SEK 3,840,000 went into the newly-formed Nobel Foundation, equivalent to about 12 percent of the approximately SEK 31 million that is the basic capital of the foundation. In 1901, the first Nobel Prizes were awarded in Stockholm and Oslo. 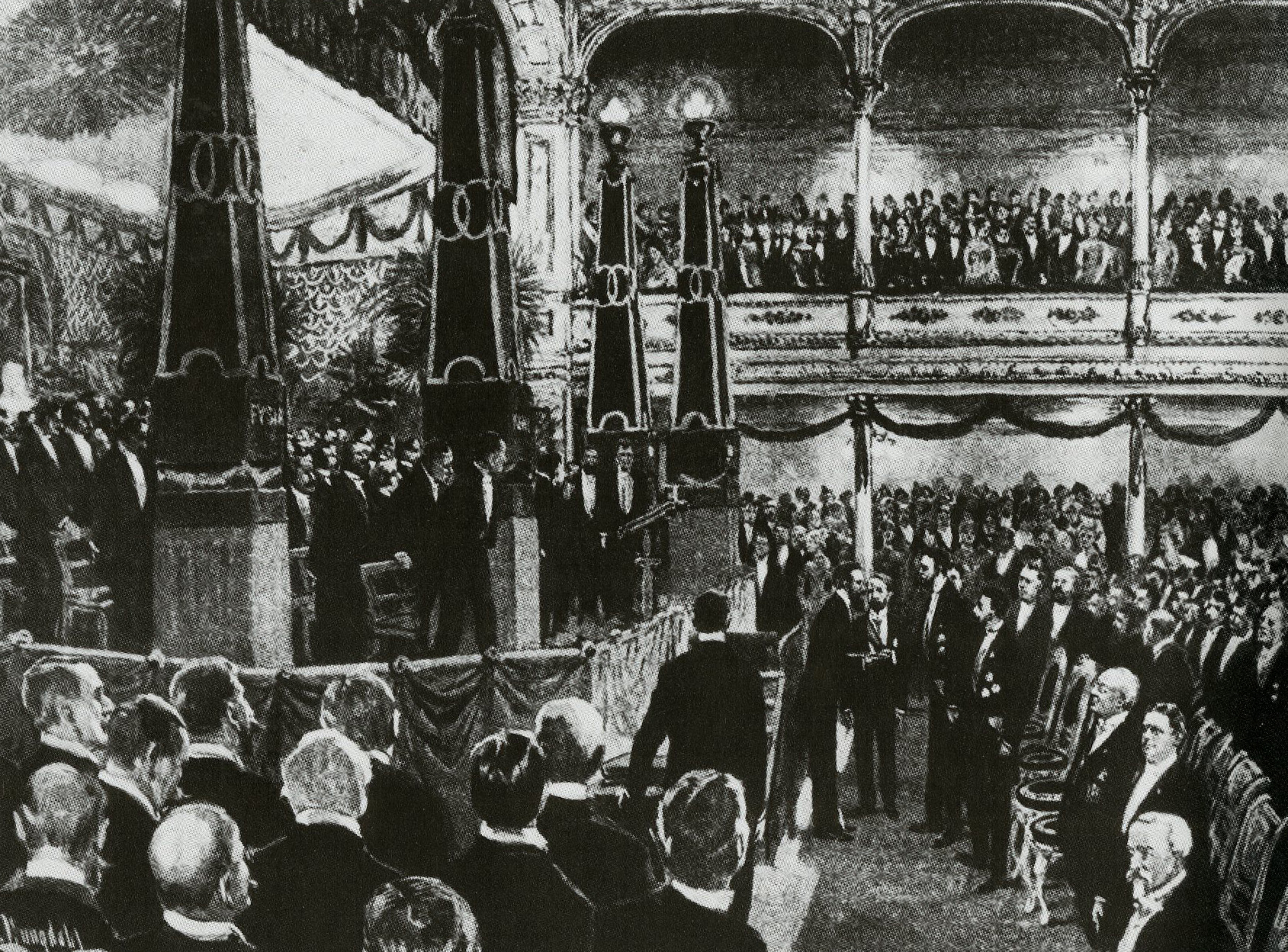 The first Nobel Prizes were awarded in 1901 in Stockholm and Kristianstad. 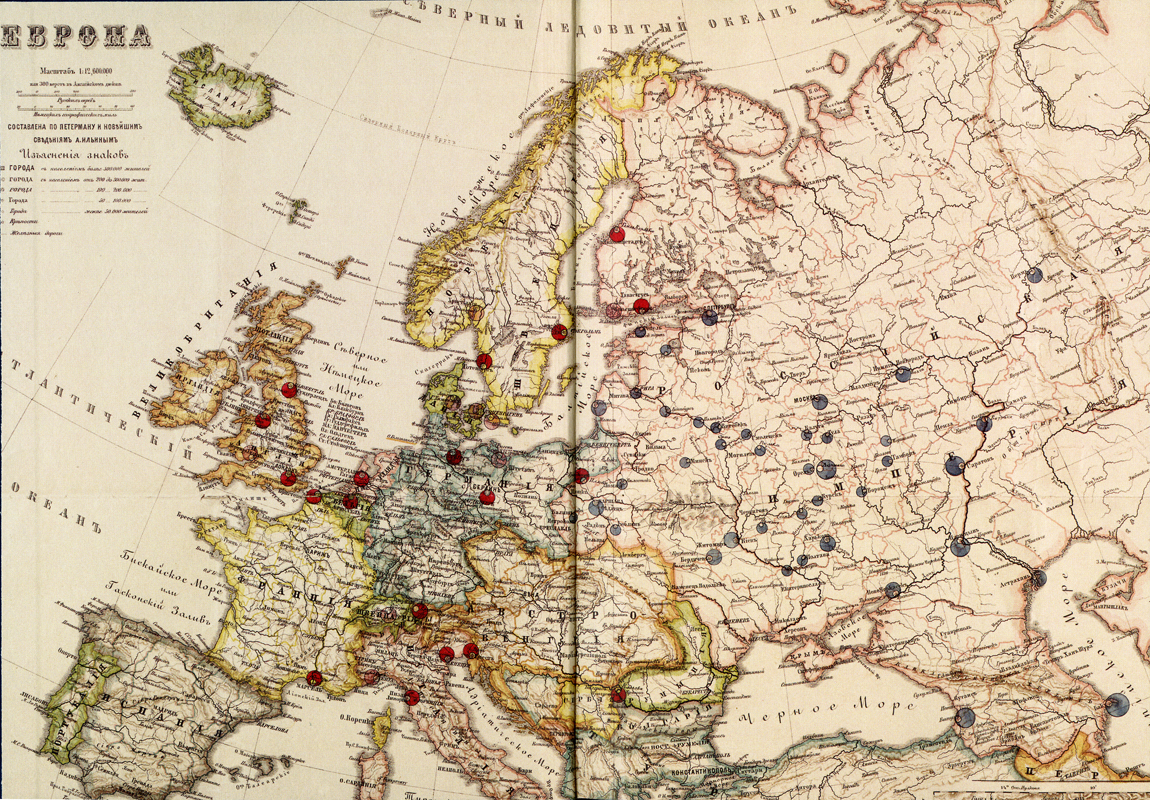 Paraffin was transported from Baku to the rest of the continent, by boat to Russia and Europe, and by camel to Vladivostok and China. 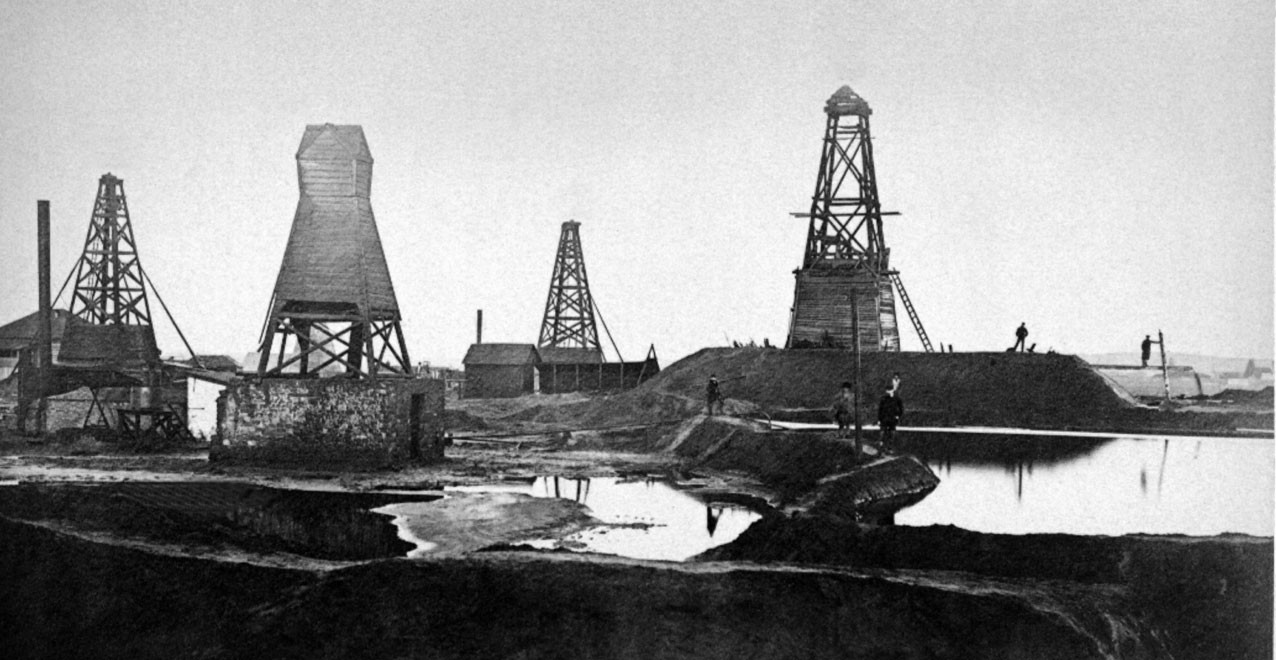 At the turn of the 20th century, Branobel had storage facilities for 2 million tonnes of oil, including the giant reservoir in the Balakani field, which held 800,000 tonnes of oil.