An exhibition that led to a double eagle as reward

Start » An exhibition that led to a double eagle as reward

At the huge All-Russian Industry and Art Exhibition in Moscow in 1882, Branobel participated with a number of products related to the petrochemical industry, and won a bronze medal and a second prize. Among other things, visitors got to see huge oil burners for steam boilers.

In Moscow, Khodynka Field, in 1882, the All-Russian Industry and Art Exhibition was held. Its main aim was to demonstrate the successes of the most important areas within industry, agriculture and culture. The exhibition attracted a total of 5,872 participants. It was based around “local products” from the most far-flung regions of Russia, and was divided into 14 divisions with 121 sections, with a total of 6,852 product groups.

There was a great deal of talk about the Russian oil industry, as the exhibition had revealed its achievements in terms of technology and production. For the first time, companies were demonstrating the new types of paraffin-powered engines and jets for oil boilers. The major oil producers spoke of enormous successes in terms of extraction and processing of crude oil, but there was little talk of new oil products. The small oil producers, on the other hand, such as I. Merkulyev, S. Efimov, and A. Florovsky, had new products to show, such as oil soap, the “Progress” lubricant, and various oil-based greases.

The Brothers Nobel Petroleum Production Company (Branobel) and the Ludvig Nobel Mechanical Workshop exhibited their objects in a separate group: Factory-processed products (section VII), which formed their own category: “Organic and mineral oils, polish, plus alcohol-based and oil-based varnishes.” The number of producers represented in this class was surprisingly few, as the exhibition experts pointed out in their reports. Of the fourteen exhibitors present, some of whom were very important, such as Shibayev & Co, the Tagiev Trading Company and the Brothers Sarkisov, it was the Rogozin & Co Mineral Oil Company that had the broadest range of products.

The exhibition report stated that Branobel was awarded second place for the number of products produced (above all, paraffin and the raw distillate for lubricating oils). The experts also noted the modern transport and storage methods, which also contributed to more consumer-friendly prices on the Russian domestic market.

The illustrated guide to the exhibition is one of the few contemporary sources describing Branobel’s participation. It contains a description of one of the objects exhibited by the company, namely an oil burner for steam turbines. “The attention of the public and specialists was particularly drawn to the so-called oil burner for steam boilers… In order to get the steam pressure up to allow the injection of atomised oil, the boiler must first be fired up with wood. Once the steam pressure has increased, the oil is released. The boiler is cylindrical, but has no mesh and is equipped with a fire-tube. The steam pressure is maintained at around four atmospheres. The burner is located at the start of the tube and the flame that forms can be very large. There is a star-shaped damper for regulating the air intake.”

On 21 September 1882, the official prize-giving ceremony was held. Branobel was awarded a bronze medal and the privilege of being allowed to reproduce the Russian coat of arms on its stationery. 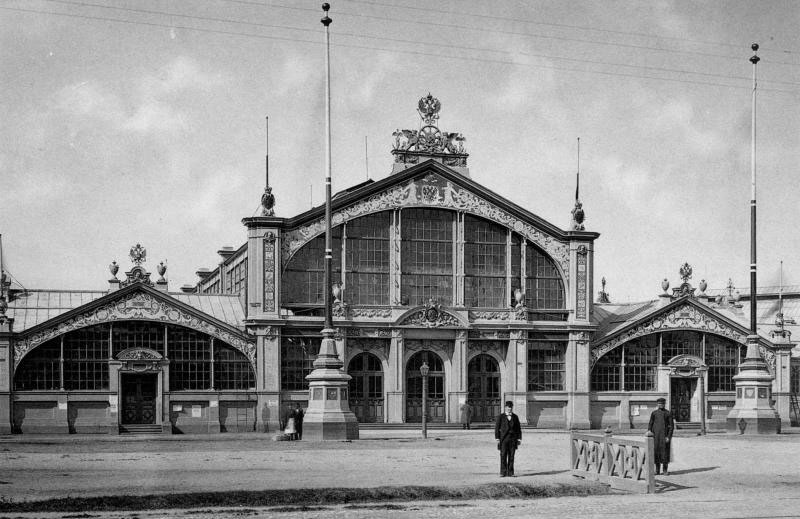 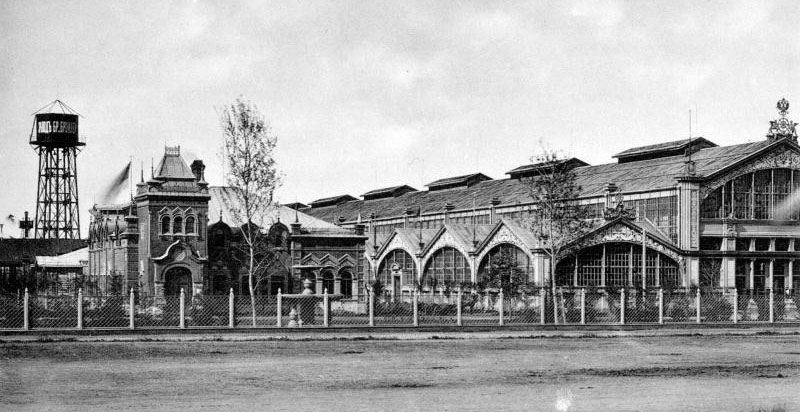 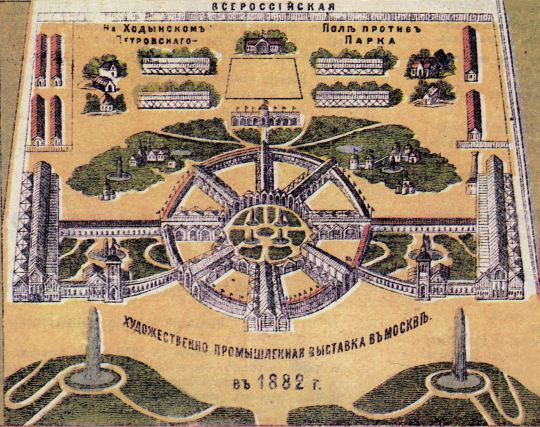 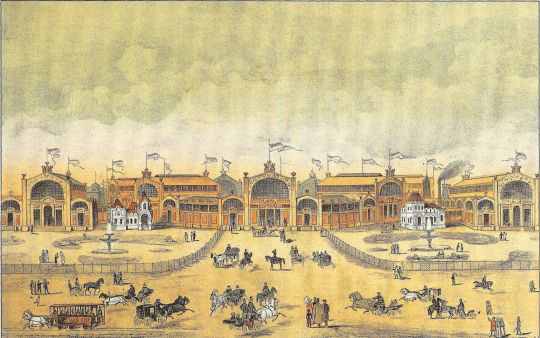 A colourful postcard with the view from the highway on the exhibition pavilions at the All-Russian Industry and Arts Exhibition in Moscow 1882.