Adventurous journeys in the hunt for more land

Start » Adventurous journeys in the hunt for more land

At the beginning of the 1880s, Branobel needs new land for its plants. The Finn, Gustaf Törnudd is the new managing director in Baku and sets off on adventurous buying trips to the north and west.

In the winter of 1882, Gustaf Törnudd returned to Baku. Here, 2,000 men were working on the expansion of the oil industry in Baku under the direction of Ludvig Nobel, who offered Törnudd  the position of managing director after Robert Nobel, Carl Ullner and Alfred Törnqvist. In a letter to his family in Viborg in Finland, the new managing director writes:

”I can say in the passing that my future prospects in association with Ludvig Nobel are so agreeable and grand that I should never need to rue the day that I left Viborg’s workshop. Ludvig is planning enormously large new constructions at our factories in the winter.  I am totally astounded at the colossal sums that have passed and are still passing through my hands on a daily basis.”

Branobel needed land for new plants and, together with the administrator, Areas, Gustaf Törnudd travelled by train to Georgia’s capital, Tiblisi.   He describes a journey across ”smiling” fields and through verdant valleys. He sees the ruins of ancient fortresses located ”like the eyrie” high up on the crags. The people up in the mountains have blond hair and blue eyes and the children remind him of the children home in Finland.

After a 24-hour journey, they arrived in Batum, an old Turkish city that had been conquered by the Russians a few years earlier. Here, they found the land they wanted to buy, which was owned by the mountain dweller, Gemius Achmat. On the way up into the mountains, they suddenly hear a thundering, ”Halt”,  and see the barrel of a rifle shine behind a parapet of stone up in the forest. It is the old man, Achmat, a majestic 80-year old with a big white beard, a splendid aquiline nose and a fiery look in his blue eyes.

Gustaf Törnudd tells him his business and Achmat wants to see what his family thinks about the matter. Men and the, until then, invisible, veiled women march in. Achmat’s wife, Kacimba, decides the matter. A surprised Gustaf Törnudd hears her declare that they should accept the offer. The stranger greatly appeals to her and will certainly be a good and faithful friend of the Kabaltzs. Unlike other ethnic groups in the east, the Kabaltz woman were in a strong position and her vote decided every matter, Gustav Törnudd explains.  ”And she also stands by her husband’s side when it matters, just as armed and brave as him”, he concludes in his narrative.

For the process of purifying paraffin, it was also necessary to obtain sulphur.  Gustaf Törnudd and Hjalmar Crusell therefore set off for the sulphur mines in Dagestan.

”We swept like a whirlwind over mountains and steams, projecting, planning and predicting; everything needed to be ready for his [Crusell’s] departure and this could not be postponed because he is celebrating his wedding today and distinctly opposed my suggestion that he marry by telegraph! /…/ Because yesterday, on Christmas Day itself, I bought the sulphur mines on our behalf in Dagestan that have supplied sulphur to Schamyl’s gun powder factory for a time when he was fighting for a quarter of a century against Russia’s superior troops. Things are going like a fairy tale here. We need 100,000 pounds of sulphur a year for our paraffin purification. The sulphur from Sicily became far too expensive. When our need is at its greatest, Schamyl’s former henchmen turn up and tell us a wonderful story of enchanted mountains and inexhaustible sulphur mines deep in Dagestan’s inaccessible mountains and forests. Hey presto, a Scandinavian [himself] is sent under escort to the location. The latter is fed exclusively on donkey meat on his journey and returns with the mountain’s wild owner to Baku and in a trice, before even having time to bless himself, Nobel owns the mountain! Hurray! It was a nimble manoeuvre! All this before Nobel has any idea of what is brewing. I do not think he will mind either if we manage to save him something like a hundred thousand roubles a year?”

Gustaf Törnudd’s journey to Batum starts by train from Baku, and he describes in a letter to his family in Viborg how he travelled through high mountain massifs and green valleys. 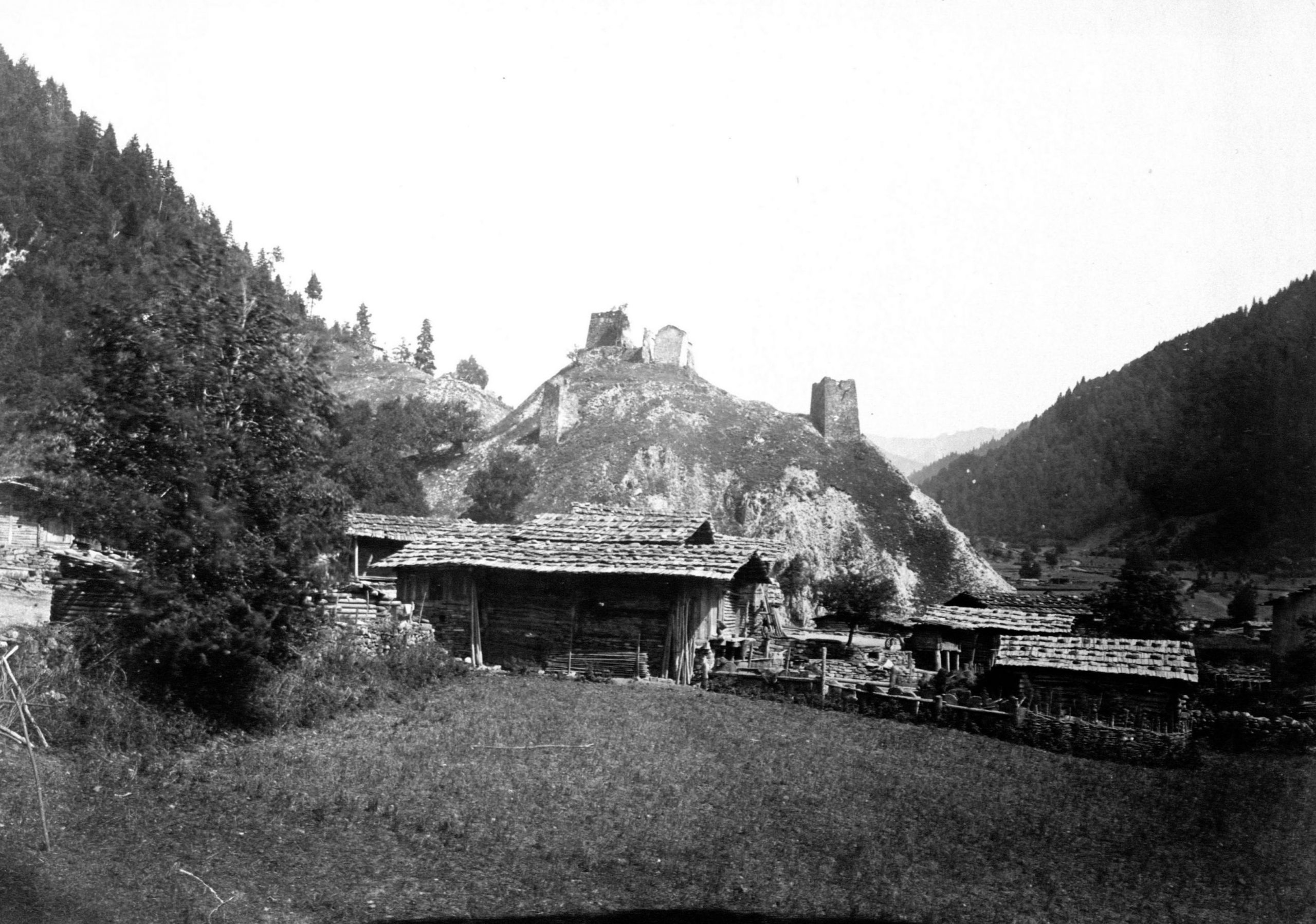 Once in Batum, Gustaf Törnudd finds out that the land he wants to buy is owned by Gemius Achmat Kacimba who lives up in the mountains. In the end, it is not Achmat himself who decides on the sale but his wife. At the Kabaletzs, the women already had a high status at this time, and her views carried most weight on all issues. 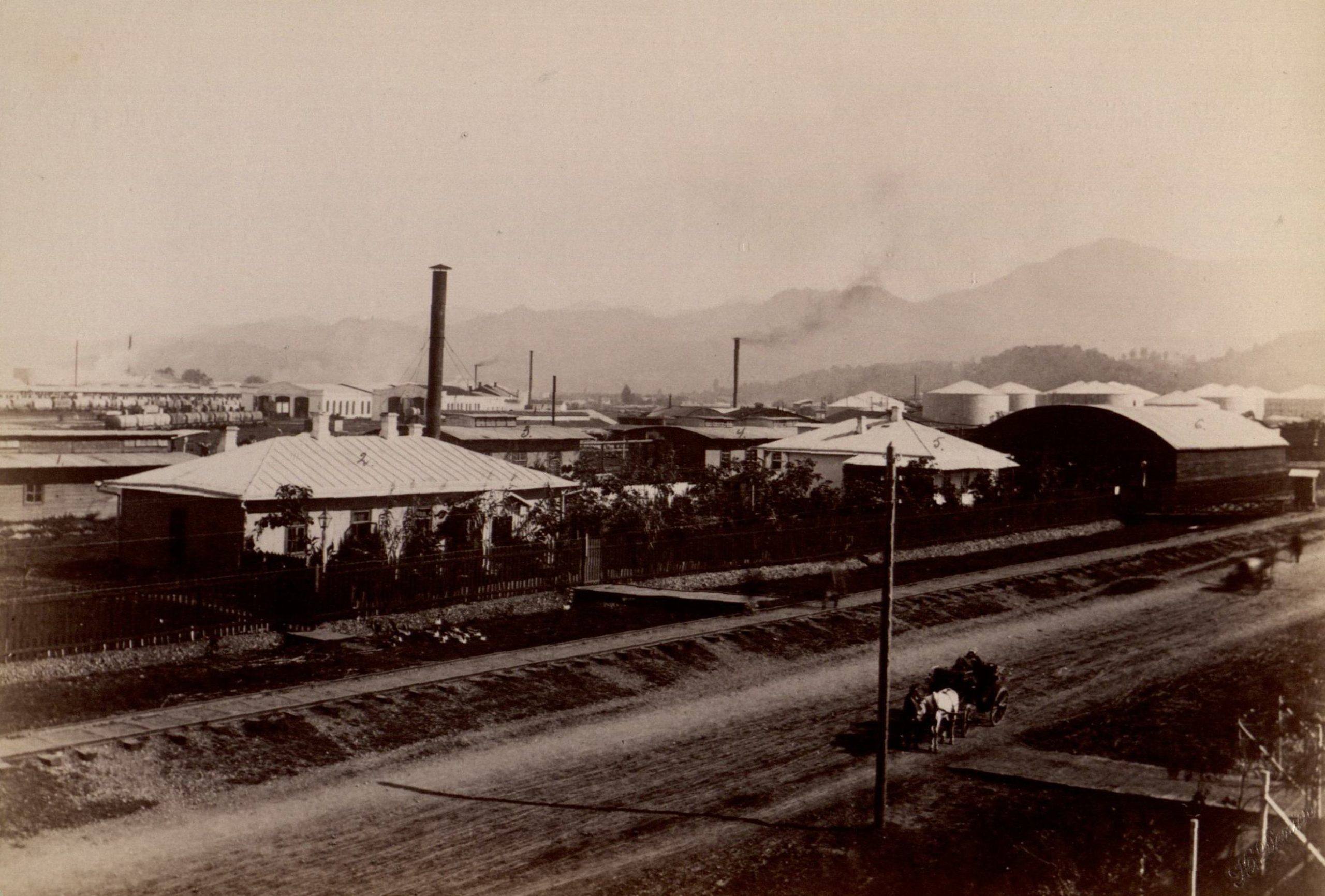 In the mid-1880s, when Branobel is in need of land for new plants, Ludvig Nobel sends Managing Director Gustaf Törnudd to Batum by the Black Sea.