Start » How everything started

On a journey to Baku in 1874, Robert Nobel buys a small refinery and a parcel of land from the master of the river boat he is travelling with. Just a year later, he finds oil on the island of Cheleken in the Caspian Sea. This is the start of the oil industry that was to dominate the Russian oil market a long time into the future.

The brothers Robert, Ludvig and Alfred Nobel were well-informed of developments in the technical and chemical areas. Ludvig had heard that the Russian, Kokeroff, had built a small factory in Baku in the southern Caucasus in 1857, where he made kerosene, paraffin and started the first refinery in 1863. In a letter to Robert in 1864, Ludvig felt that the ”price is still too high. This oil will, however, probably be able to compete with American oil soon enough. The resources are just as rich as those in America. Generally speaking, Petroleum has a bright future in every way”.

The Russian government abolished this form of leasing land in January 1873. The state was now selling plots (parcels) to the highest bidder through public auctions. Buying was profitable. Robert had wanted to travel back to Baku for a long time; he had experience of kerosene from the lamp and lamp oil warehouse, Aurora, in Finland. But instead Ludvig offered Robert the opportunity of manufacturing 500,000 stocks of wood for the Russian army rifle, the Berdanka, in his factory in Izhevsk on commission. Robert knew that walnut wood was best and that the tree grew in the southern Caucasus. But first, Robert was to study the manufacture of rifles in Switzerland and Austria and then look for wood for the stocks in the Caucasus.

Robert visited his brother, Alfred, who had established a fortune manufacturing and selling nitroglycerin, in Paris. The brothers discussed the modern manufacturing methods for rifles that Robert had studied. Robert subsequently carried out a thorough exploration of the forests in the mountains west of Baku at the Caspian sea. The report to Ludvig in September 1873 was a negative one. The forests were either too old or badly managed to suffice for rifle production. But Robert had seen how ”Baku had become a lively town”.

Towards the end of 1873, Robert returned to St Petersburg. He received 25,000 roubles from Ludvig as compensation for his search for wood for stocks and information about weapon production. As early as the beginning of the following year, however, Robert returned to Baku by steam train to Tsaritsin and by boat on the river Volga, via Astrakan, to Baku. The master of the river boat was the Dutchman, Debour. He was also the owner of a refinery and a plot of land in Baku, which Robert bought from him.

In October 1875, one year later, Alfred was able to send word that Robert had found excellent crude oil at a depth of 10 fathoms on the island of Cheleken. Robert had the raw product but the question was how he would manage production? Ludvig and Alfred had previous experience of Robert’s fiascos. Now they wanted to help him and had contributed both money and good advice of a technical nature. However, Ludvig found it difficult to judge Robert’s new inventions in distillation and purification of the oil and writes to Alfred:

”The main thing is and will, however, continue to be understanding running the business as a whole in a sensible manner. I am always thinking that we, i.e. you and I, should travel there together to see if we could help him in some way. We have, of course, succeeded in becoming independent and we should, therefore, try to help Robert to also get into the same position. So, think about the trip to Baku.”

Robert took out a mining concession on the island of Cheleken on the eastern side of the Caspian Sea, but left it later and concentrated on the Baku area. There, in the Black City, 120 small refineries were operating. In the oil fields of Baku, primitive methods were being used, but now technical developments began. Robert gave the Swede, Martin Westwall, who was already running a mechanical workshop in Baku, with skilled Swedish workmen, the task of manufacturing the equipment for the refinery and later made him responsible for running it. Two young Swedish civil engineers, Erland Theel and August Avelin, were employed as the chemist and production manager. In the autumn of 1875, production got going. Robert found himself very much at home in a Baku with oil fever. The simplest farmer’s son who put his spade in the right place could become an oil baron. Riches flowed from the Caspian peninsula, Absheron’s, brownish yellow semidesert. 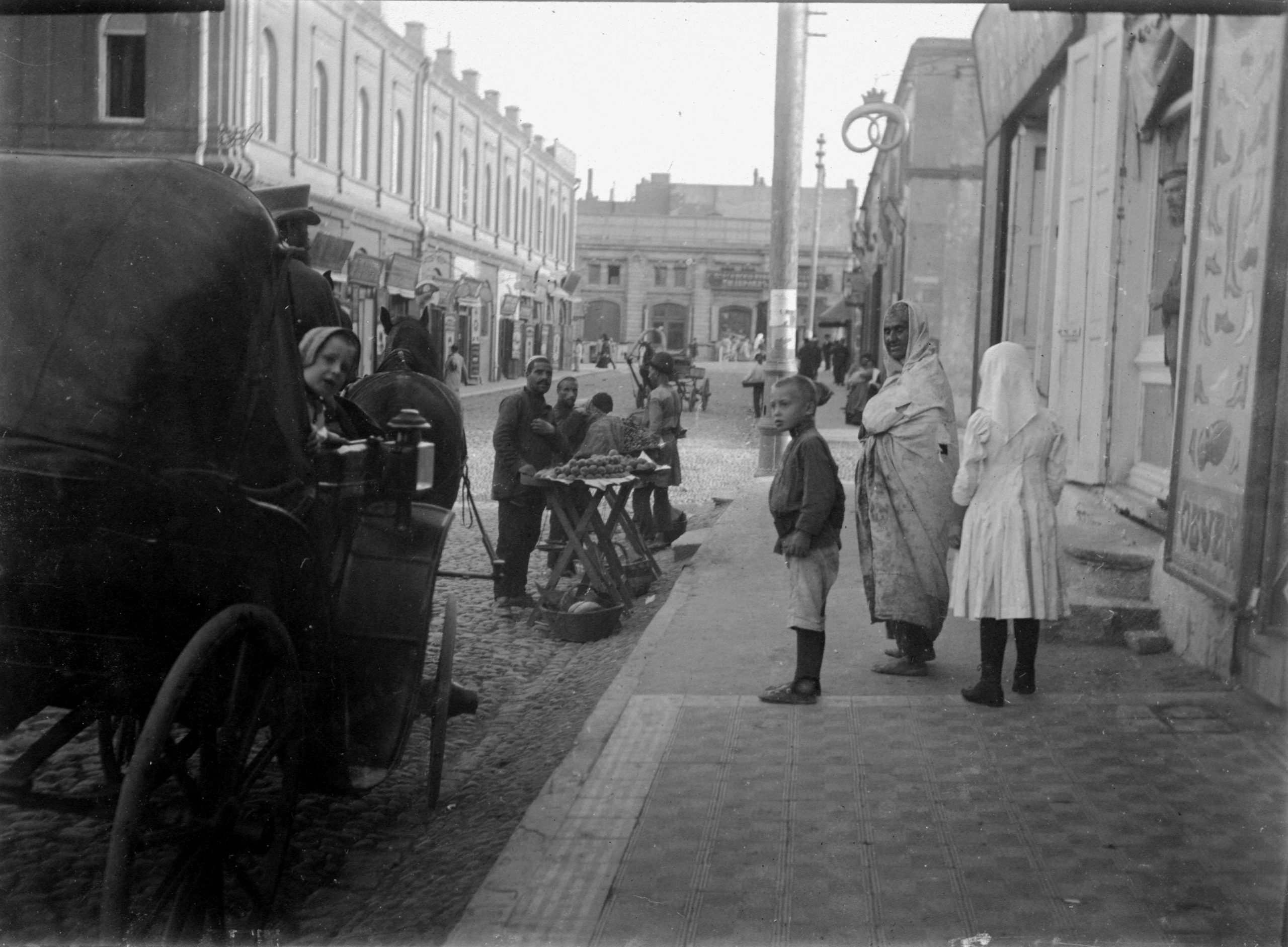 Robert Nobel searched in vain for walnut in the forests west of Baku but found that the trees were either too old or too neglected to be used in the production of rifles. Robert did discover that Baku had become a bustling city, however, due to its oil deposits. 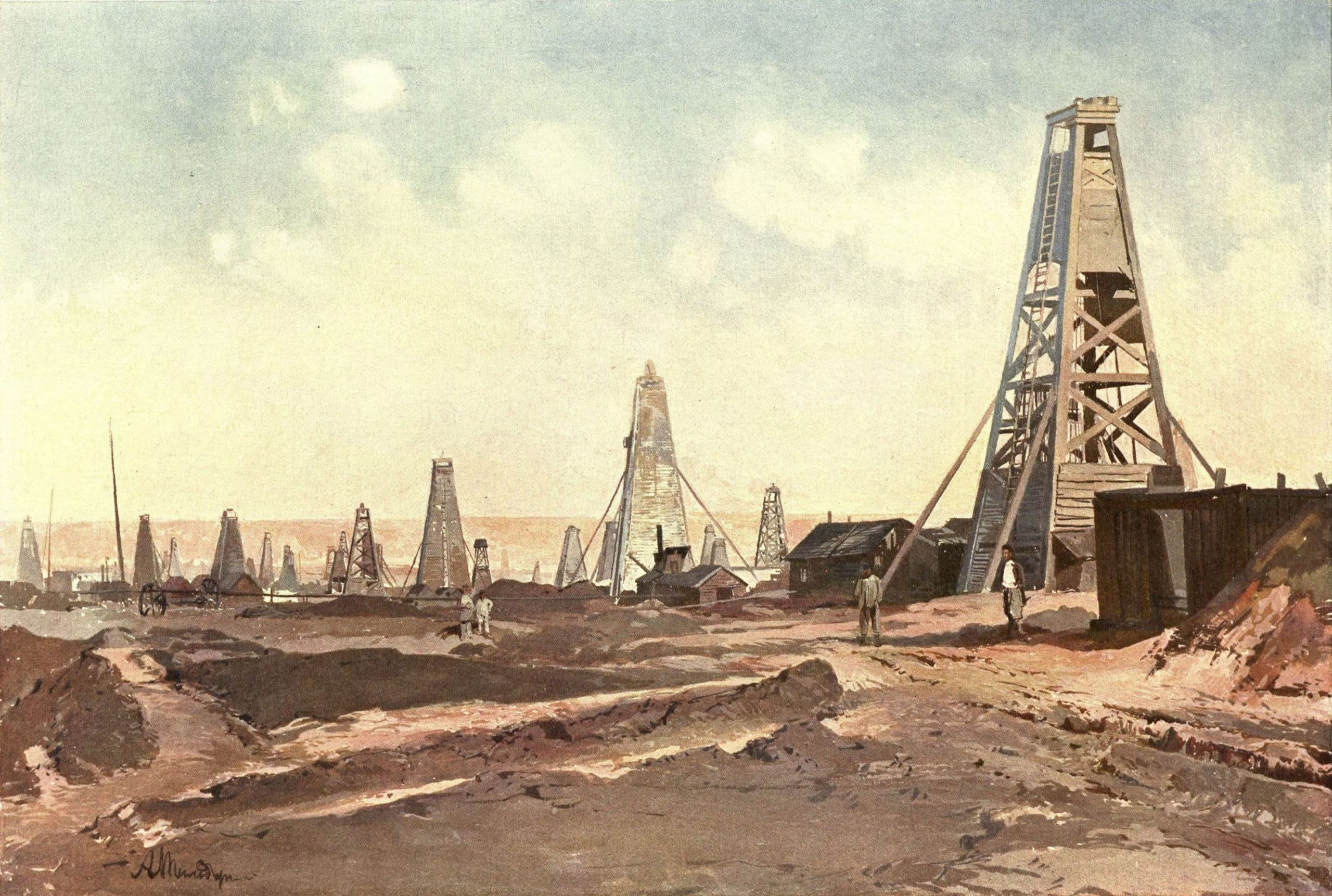 In the beginning, primitive methods were used on the oilfields in Baku, but the technological developments soon began to make the extraction and distillation of oil more efficient. 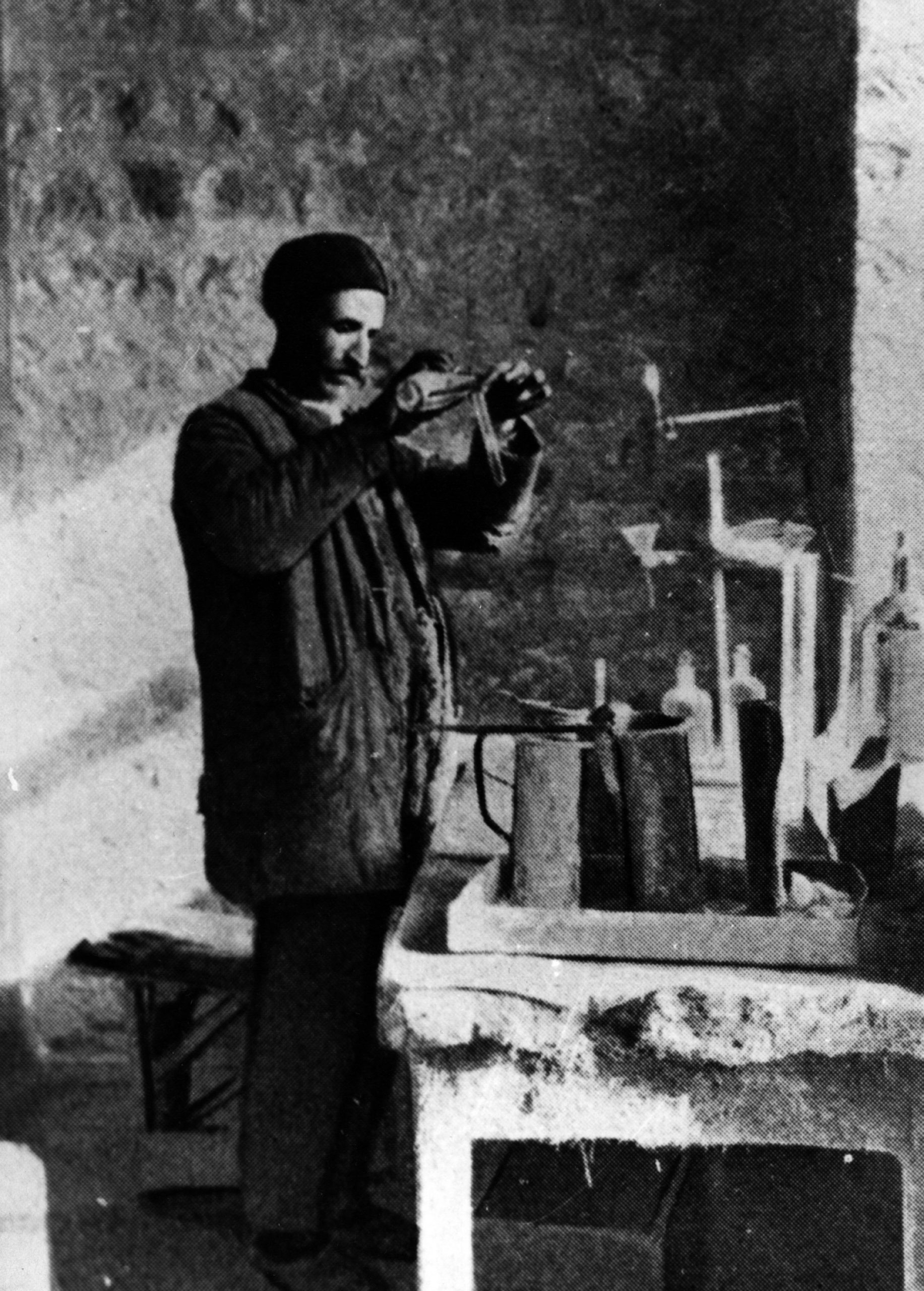 Robert Nobel already had experience of kerosene from the lamp and lamp oil warehouse Aurora in Finland. In Baku he would once again come into contact with oil. The photo shows samples of kerosene being taken in Baku. 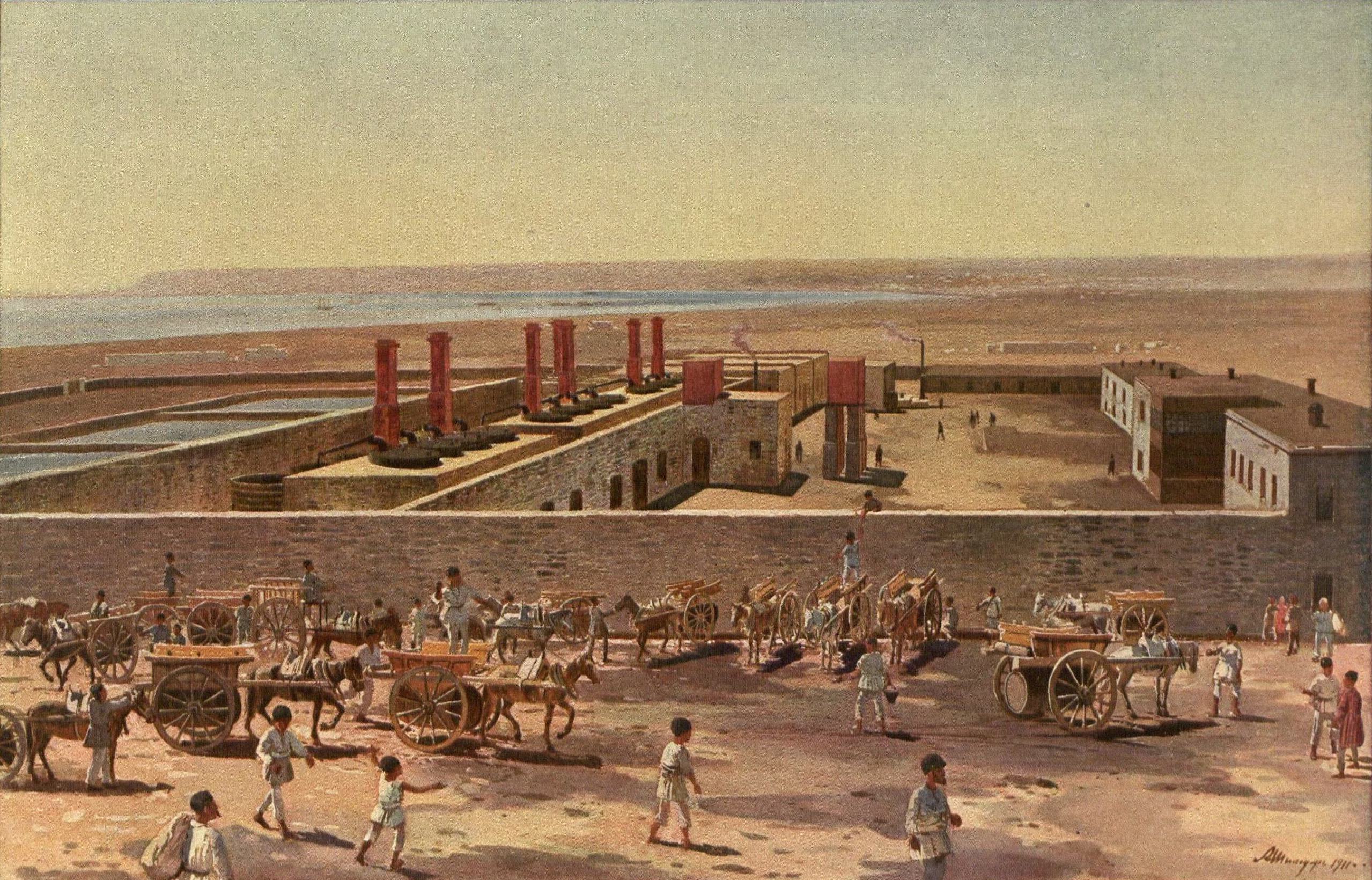 In 1879, the Baku refinery had eight destillation units, four larger pans and two smaller steam pans, as well as coolers for the hot masut that remained in the pans after the destillation process.