At the beginning of the 1870s, the European oil market was dominated by John D Rockefeller’s company, Standard Oil. But the Americans would soon have tough competition from the Nobel brothers’ newly-started oil company, Branobel. The new-found oil in Robert Nobel’s oil plant in Baku flowed and, with the help of the Russian government in the form of increased export duties, Branobel grew at a rapid rate despite the, initially, backward technical level.

In Russia, the import of American paraffin increased at the beginning of the 1860s to 40,000 tonnes a year. Europe was the biggest market and it was Standard Oil that shipped the majority, probably even to Robert Nobel’s lamp and lamp oil warehouse, Aurora, in Helsinki. In the 1860s, the Americans had an advantage through men like John D Rockefeller who operated in a country that understood free enterprise. Rockefeller laid the foundation for his fortune by providing the Northern States’ army with necessities during the American Civil War. At the age of 26, he bought out his first partner and became the sole owner of his first refinery.

At the beginning of 1870, Rockefeller had formed the Standard Oil Company along with his new partner, Henry Flagler. They soon accounted for a tenth of the American oil production. But overproduction with falling prices threatened and Rockefeller and Flagler commenced work on their plan to buy up smaller producers to incorporate into Standard Oil so as to form a trust and increase their control over the industry.

Their ability to take industrial advantage of crude oil in the USA and Russia drove technological developments. The need for and supply of fuel, lubricating oil and paraffin appeared to go in tandem with the development of the machinery. Standard Oil had the advantage over Branobel to begin with and the American consul in St Petersburg believed that the world lay open for Standard Oil.

But Standard Oil would soon have competition from Baku’s oil pioneers. In the autumn of 1875, Robert Nobel had got his refinery going and his products soon proved to be far superior to the local competitors’ and also the imported American paraffin. The Russian government helped by increasing import duties on American paraffin oil with a view to stimulating the local producers.

Sales of Robert’s oils increased greatly and he built a new factory with eight vertical distillation boilers of 100 poods volume. The land he had bought from the Dutch river boat captain, Debour, turned out to contain oil and, in order to help with looking for more oil wells, Robert had employed a German geologist who was succeeded by many others.

The brothers, Ludvig and Alfred Nobel, living in St Petersburg and Paris respectively, initially hesitated but sent even more money and gave good advice to Robert on his oil adventure. But when Ludvig read in the paper about how the tremendous oil finds were astounding everyone, he took his 17-year old son, Emanuel, and travelled to Baku. Ludvig was carried away by the oil rush and a time of technical, chemical and economic development without precedent followed. Revenues from rifles, cannons and dynamite were mixed in with the oil capital when Robert’s partner from Izhevsk, the Finnish Major-General, C A Standertskjöld, and the brothers, Ludvig and Alfred, invested in Robert’s oil plant in Baku.

For a few weeks in 1877, Ludvig and Robert worked on their plan for oil production and presented it to Alfred. At the Imperial Russian Technical Society in St Petersburg, Ludvig held a lecture on ”Views on the Bakinsk naphtha industry and its future”.  He described how the entire ”system” for refining, transporting by boat and train, storage and selling would be organised.

Ludvig was a successful engineer and industrialist with his engineering factory in St Petersburg and realised that there were not the necessary knowledge of technology and materials in Russia. The production engineering level of the crude oil industry in Baku was astoundingly low. The transport of crude oil to the harbour took place in barrels, pulled by donkeys. Here, the American oil producers were far ahead – with pipelines, pumps and knowledge of the nature of the oil. It was in the USA that this new knowledge existed.

John D Rockefeller laid the foundation for his fortune by supplying the American army with necessities during the American Civil War and, at the age of just 26, he became the sole owner of his first refinery. 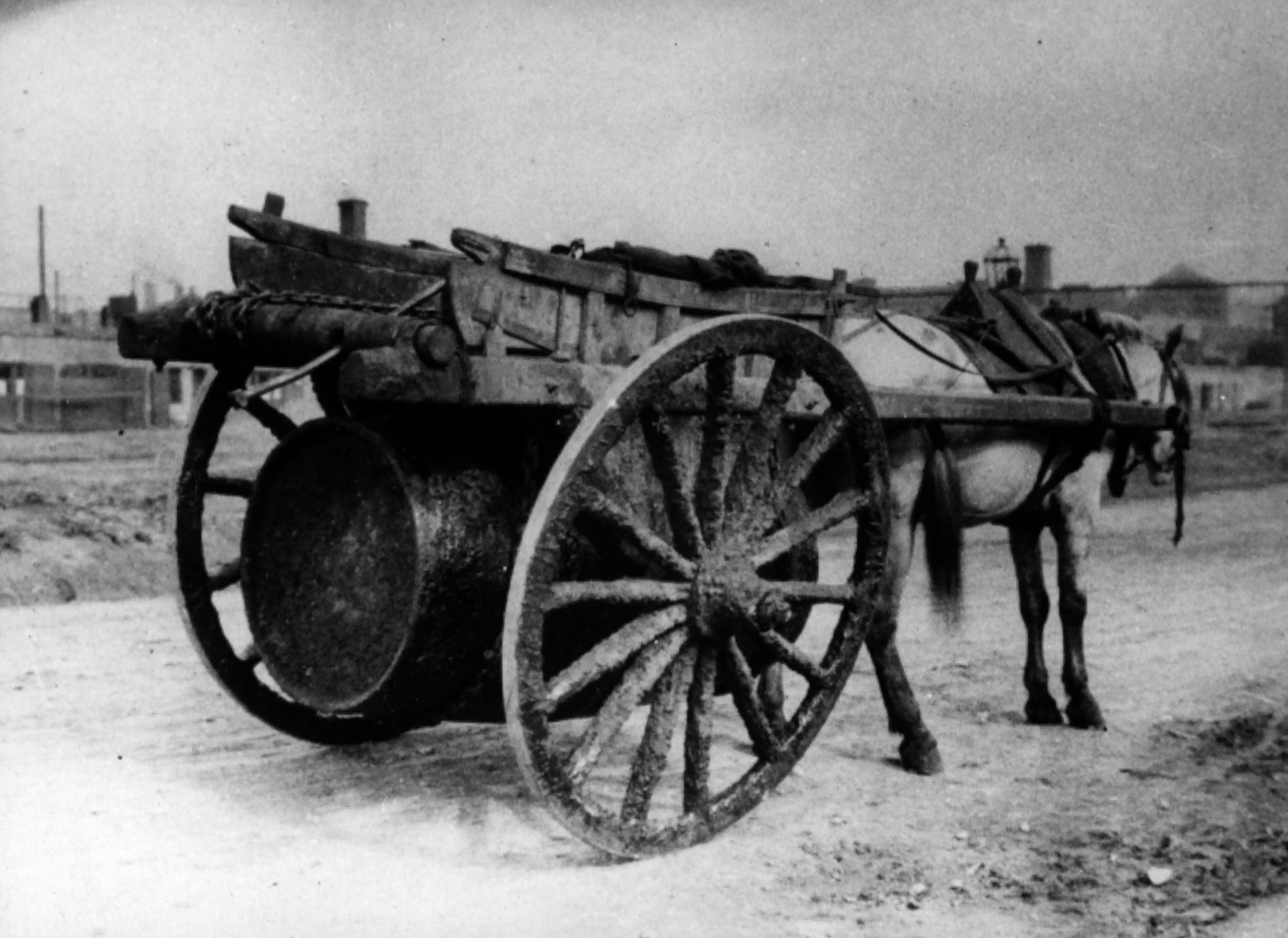 Ludvig Nobel realised that the level of the oil industry in Baku was astoundingly low; crude oil was still transported in barrels pulled by donkeys. 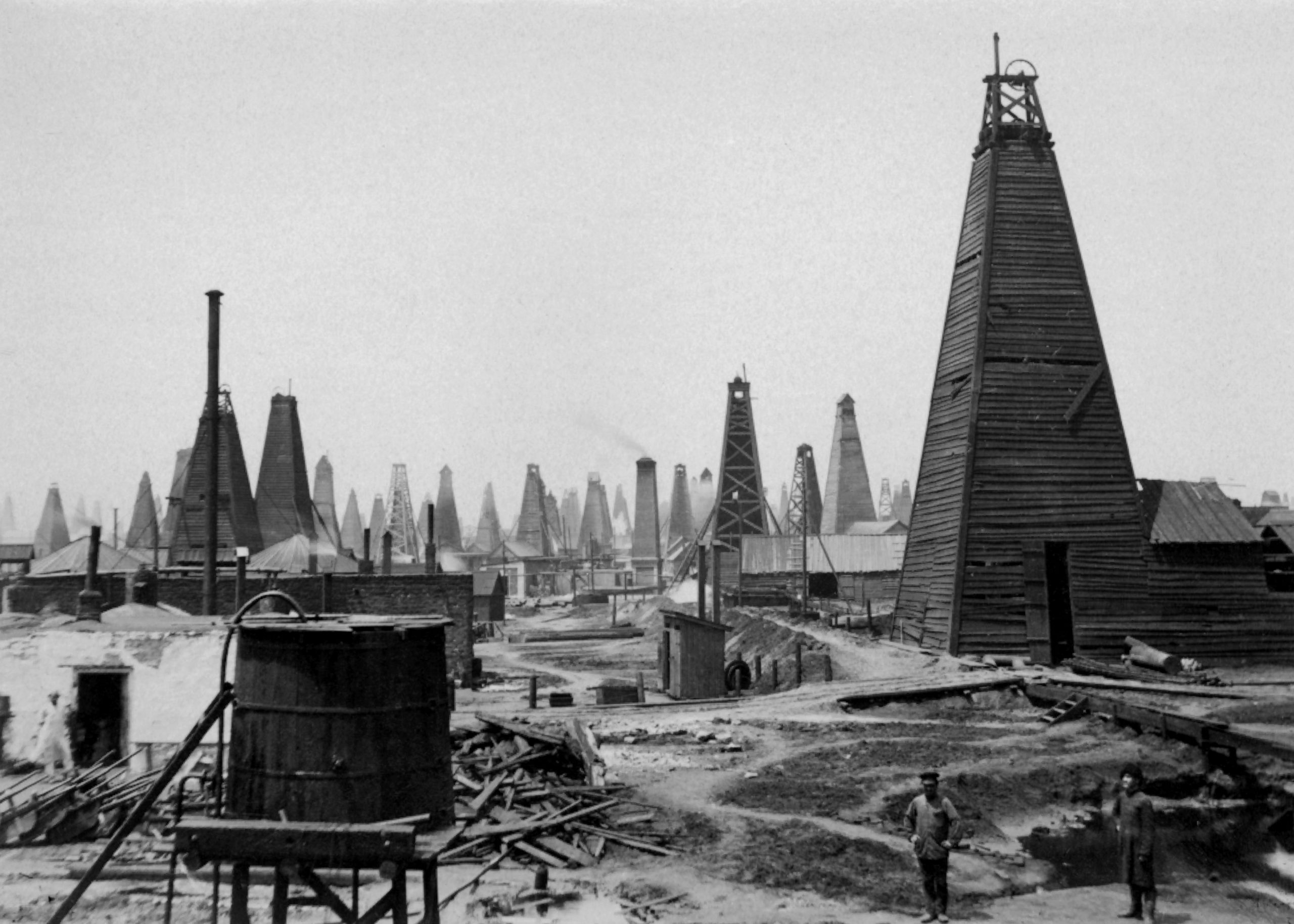 Ludvig Nobel was initially hesitant about Robert Nobel’s oil extraction in Baku, but after a visit to his brother, Ludvig was carried along by the oil rush. A period of technical, chemical and economic growth without precedent followed.

The American oil producers already used pipelines to transport the oil from the fields, but Branobel would soon also acquire this knowledge and develop Baku.