Alfred Nobel criticises the brothers’ management of the oil company

Alfred finds himself in Paris and needs to get back the money he has lent for his brothers’ Ludvig and Robert’s investment in oil extraction in Baku. Alfred is critical of how their joint company, Branobel, is being managed and there is intensive correspondence between Alfred and Ludvig. The are, however, reconciled at Ludvig’s deathbed in Cannes in 1888.

Alfred Nobel was born in Stockholm in 1833. As a nine-year old he arrived in St Petersburg in 1842 with his mother, Andriette, and his elder brothers Robert and Ludvig, where his father Immanuel had set up his mechanical workshop. In St Petersburg the brothers were given lessons in languages, mathematics and chemistry from prominent scientists that they could put into practice in the workshop.

When Immanuel, Andriette and the youngest son, Emil, returned to Stockholm in 1859, the three older brothers remained in St Petersburg and lived together in a small apartment. At that time, Alfred was 26 years of age. The brothers led a Spartan life, as a great deal of money was spent on medicines and doctors for the sickly Alfred. The latter had begun to take an interest in nitroglycerin and he moved back to Sweden again in 1863.

In Stockholm Alfred and his father, Immanuel, continued to work using nitroglycerin in Helenelund north of Stockholm. The youngest brother, Emil, took part in the experiments but died in an explosion in 1864. When, in addition, his father, Immanuel, was struck down by a stroke, Alfred hesitated about forming a company but decided to do so in 1865. That same year, he moved to Hamburg and, eight years later, to Paris. For a time, his brother Robert sold Alfred’s nitroglycerine in Finland and Ludvig did the same in Russia.

When Robert started up his paraffin factory in Baku in 1875, Alfred and Ludvig supported him with advice and money. Ludvig was getting himself seriously committed and expanding the company without financial cover, Alfred felt. The amounts they had invested were not enough. In 1879, Alfred convinced his brothers to form the limited company Naftaproduktionsbolaget Branobel in order to get more financiers involved.

Alfred was working to gain total control of his companies in different countries and needed money. In 1882, Alfred had lent two million roubles to Branobel and now he needed this back. Alfred had provided a personal guarantee by providing his shares in Branobel as a security for a bigger loan in England. A while later, Alfred feared that Branobel was seriously threatened – and thereby also his own position. Ludvig could not pay Alfred back.

Alfred felt that Ludvig was expanding too quickly and lacked the necessary working capital for a company that ”only eats and brings in nothing during the first seven months of the year”. A while later, Ludvig got the credit he needed due to his good reputation. The situation has been temporarily resolved, but Alfred was very critical of Branobel’s finance department in St Petersburg. Their ”carelessness” spilled over to Alfred’s reputation and he called the office in St Petersburg to account in 1883.

In 1886, oil prices fell sharply. Alfred’s plan to unite his companies in a trust required great sums of money for reconstruction and quickly. But two thirds of his assets lay in oil shares with Ludvig, who was presumably about to go bankrupt and he addressed him in derogatory terms. Their correspondence was intense. Ludvig could not pay the loan from 1882 and finally offered his properties as a security, deeply wounded by the accusations from Alfred in Paris. The correspondence ended in November 1886 with Alfred’s trust being so successful that he wanted to do the same with Branobel. But Ludvig was worn out and had heart problems.

Alfred was concerned about Ludvig’s health and, in 1887, asks Ludvig’s son, Emanuel, to release him from all his business troubles. The two brothers were reconciled at Ludvig’s deathbed in Cannes in 1888 and Ludvig’s wife, Edla, thanks Alfred for coming to Cannes and ”smoothing out things that were not smooth”. Their son Emanuel could later pay back the loan to Alfred, who remained a shareholder of Branobel, both supporting and criticising Emanuel.

Alfred died on 10 December 1896. His will was historic and is world-famous. Alfred’s shares in Branobel were bought by Emanuel at a rate approved by stockbrokers of SEK 3,840,000. This was deposited in Stockholm’s Enskilda Bank. About 12 percent of the Nobel Foundation’s basic capital of more than SEK 31 million comes from Branobel and the oil field in the Tsar’s Russia. 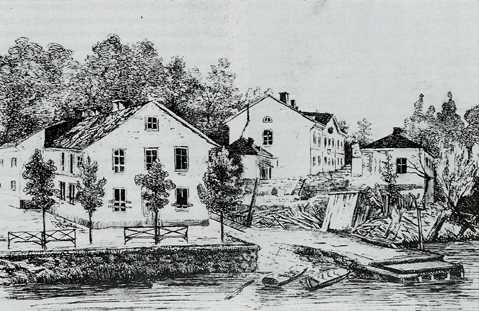 After the explosion in Helenelund in 1864 that cost Alfred’s brother Emil his life. 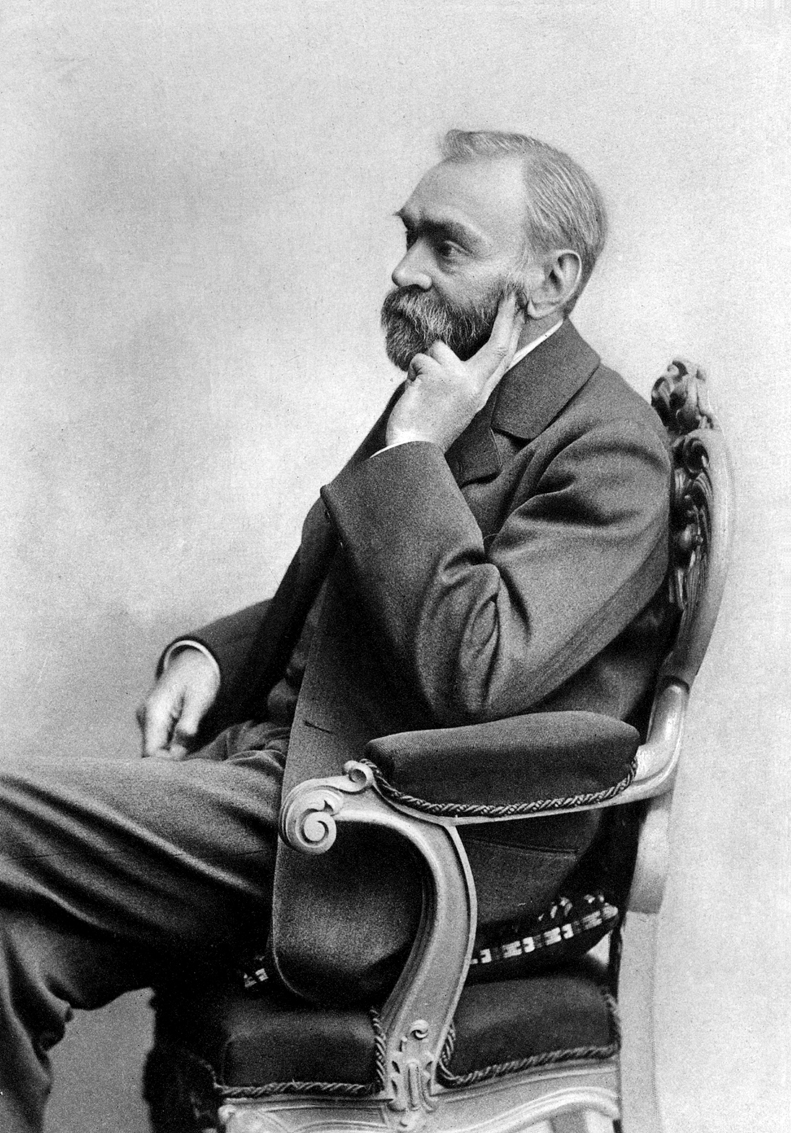 Alfred Nobel financed Branobel by lending money to his brothers but, at the same time, he was critical of the way Emanuel Nobel ran the company.