Ludvig and Alfred make up and the Tsar visits Baku

Start » Ludvig and Alfred make up and the Tsar visits Baku

At the end of the 1880s, Ludvig Nobel’s health is faltering. He is suffering from angina pectoris and has trouble with his windpipe. In the spring of 1888, he is at death’s door in Cannes on the French Riviera and his older brother, Robert Nobel, appeals to the younger brother, Alfred, to visit Ludvig and make up with him, which he does just a few days before Ludvig dies.

In the summer of 1887, Ludvig and his wife, Edla, were resting and ”drinking the waters” in Medum in Norway. The year before, Ludvig had written to his brother Alfred, ”for then years I have been a slave to this company, sacrificed my time, my health and my tranquillity”. The conflict with Alfred over intertwined finances in 1883, but, above all, the hard words in their correspondence in 1886, had taken their toll on him. In 1887, Alfred Nobel left Branobel’s administrative board (the cabinet council) but remained an important shareholder.

Alfred Nobel wrote from Paris on 19 January 1887 to Ludvig’s eldest son, Emanuel: ”Even if the state of your Father’s health is better, try in every way to distance him from all the business troubles. The sooner he travels and hears nothing for a long time of kerosene, masut and other tormentors from Baku’s underworld the better. Cordial greetings to all of you from your old friend, Alfred.”

In January 1888, Ludvig and his wife, Edla, travelled to Cannes on the French Riviera. In Cannes, three doctors were of the opinion that it was Ludvig’s heart that was the problem. The outcome was uncertain with occasional improvements, but then his fever rose.

The older brother, Robert, came to Cannes at the end of March. He urged Alfred to visit Ludvig and ”show him all the cordiality and friendship your good heart dictates. It is impossible to predict which way his illness will go yet. His fever is not abating and he himself says that he cannot take any more, but it is certain that your visit would be life-giving and benevolent. I personally need to go, because it is terribly expensive here and my purse is thin.”

Alfred arrived in Cannes from Paris on 6 April together with Ludvig’s daughter, Anna. A few days later, on 12 April, Robert, who was in Florence at the time, received a telegram from Ludvig’s son, Carl: ”All hope is lost. He does not have many hours left.” Ludvig’s eldest children had come from St Petersburg to say goodbye and their half-brother, Hjalmar Crusell, Ludvig’s first-born and close colleague, was there.

Robert wrote to his wife, Pauline, from Florence on 20 April: ”Over the first days I carried my grief like a man, but my weak nerves later gave way, so that I fall into fits of crying nervously for hours. This is only the grief over a dear brother’s departure and has nothing to do with the business.”

Ludvig’s wife, Edla, wrote to Alfred shortly after his funeral in St Petersburg: ”I would like to thank you for satisfying my departed spouse’s last wish of seeing and speaking to you. I know that the misunderstanding that had crept in between you weighed heavy on his pure heart and that it was a relief to get to see you and perhaps even smooth out things that were not smooth. Goodbye Alfred and, once again, thank you for everything. Remember me kindly, if not for my own sake, then because I loved your brother more than anything.”

In the autumn of 1888, Tsar Alexander III and Maria Fjordorovna and their family and ministers came to Baku and Branobel on a visit, where Edvin Bergroth and Gustaf Törnudd were sharing the position of head of company. The Tsar and his party were greeted by its new owner, Ludvig’s son, Emanuel Nobel, his sister, Anna, and the directors, Bilderling and Nellis. The dictator, who was otherwise always surrounded by both visible and invisible police, went around Nobel’s factories in the Black City – without a single policeman in the vicinity. Edvin Bergroth was responsible for his safety. Threats against the imperial family were legion, and there were secret police everywhere. On the return journey, the Tsar’s family’s procession was subjected to a proper attack and 20 or so travellers died.

Emanuel Nobel went along with Alexander III’s invitation to become a Russian citizen, the only one in the Nobel family. He subsequently received his first medal and a number of titles and honorary memberships. Emanuel generally had a weakness for official honours and also received the title of ”His Excellency”. 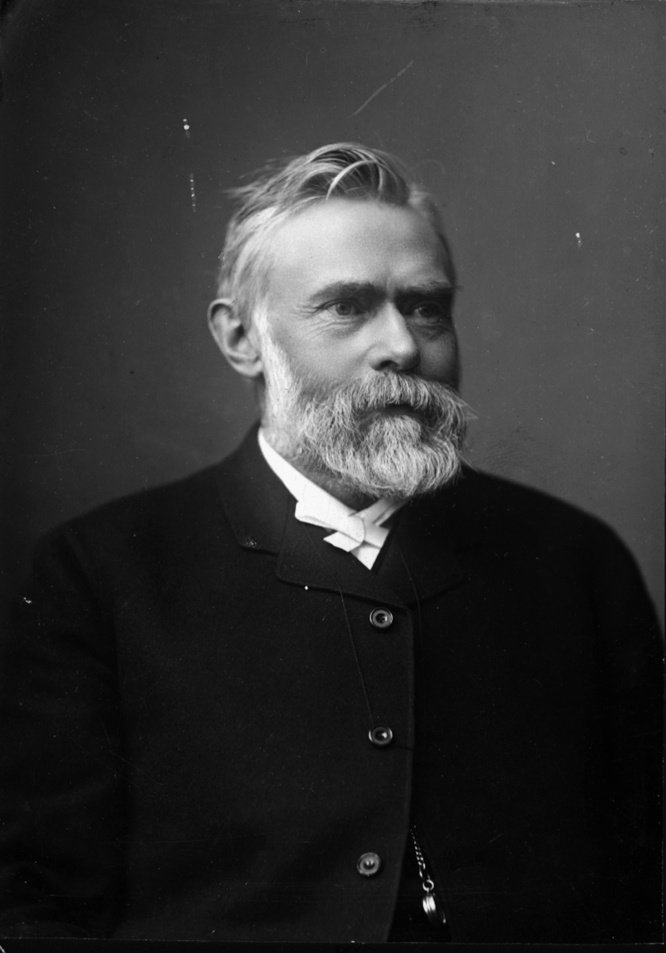 1888 was a year of sorrow as Ludvig Nobel died in Cannes after a period of heart problems. He lived to the age of 57. 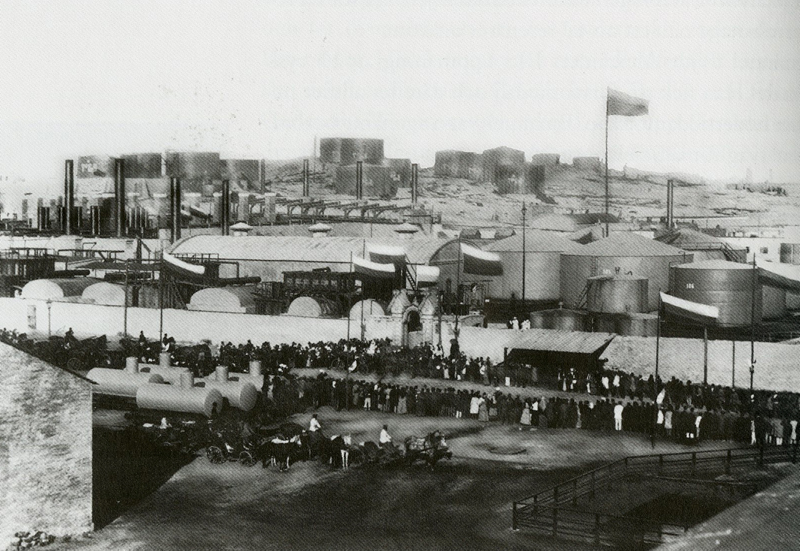 In 1888, Tsar Alexander III visited Baku with his family and ministers. Engineer Edvin Bergroth was responsible for security, and despite all the threats against the imperial family, the Tsar was able to walk around Nobels’ factories without any visible police nearby.