Initial steps for the digitalization of historical Branobel documents in Baku are sponsored by a grant from the Nobel International Fraternity.

Initial project activities to prepare for digitalization of the Branobel company archive in Baku have been enabled thanks to a financial donation from the Nobel International Fraternity. The donation was accompanied by a message from Philip Nobel saying that: “History belongs to all of us and shall be available for anyone interested.”

This donation has implied a crucial break-through for the local funding in Azerbaijan of the Branobel History Project aiming to make historical source material available for research on the role of the Nobel brothers in the beginnings of the world oil industry.  The donation makes possible hands-on collaboration between the National Historical Archive of the Azerbaijan Republic and the Azerbaijan Scandinavia Co-operation (NGO), e.g. for:

The Nobel International Fraternity was founded 2010 by Philip Nobel in an educational, humanistic and historical spirit with the aim to create a brotherhood of scholars, students and educational and academic institutions that stretches beyond geographical borders. Its purpose is to follow the path of Ludvig Nobel and push the spirit of higher education, cultural and diplomatic efforts as well as spreading and rewarding academic feats and achievements.

The Nobel International Fraternity will use the following means, among others, for reaching its objectives: 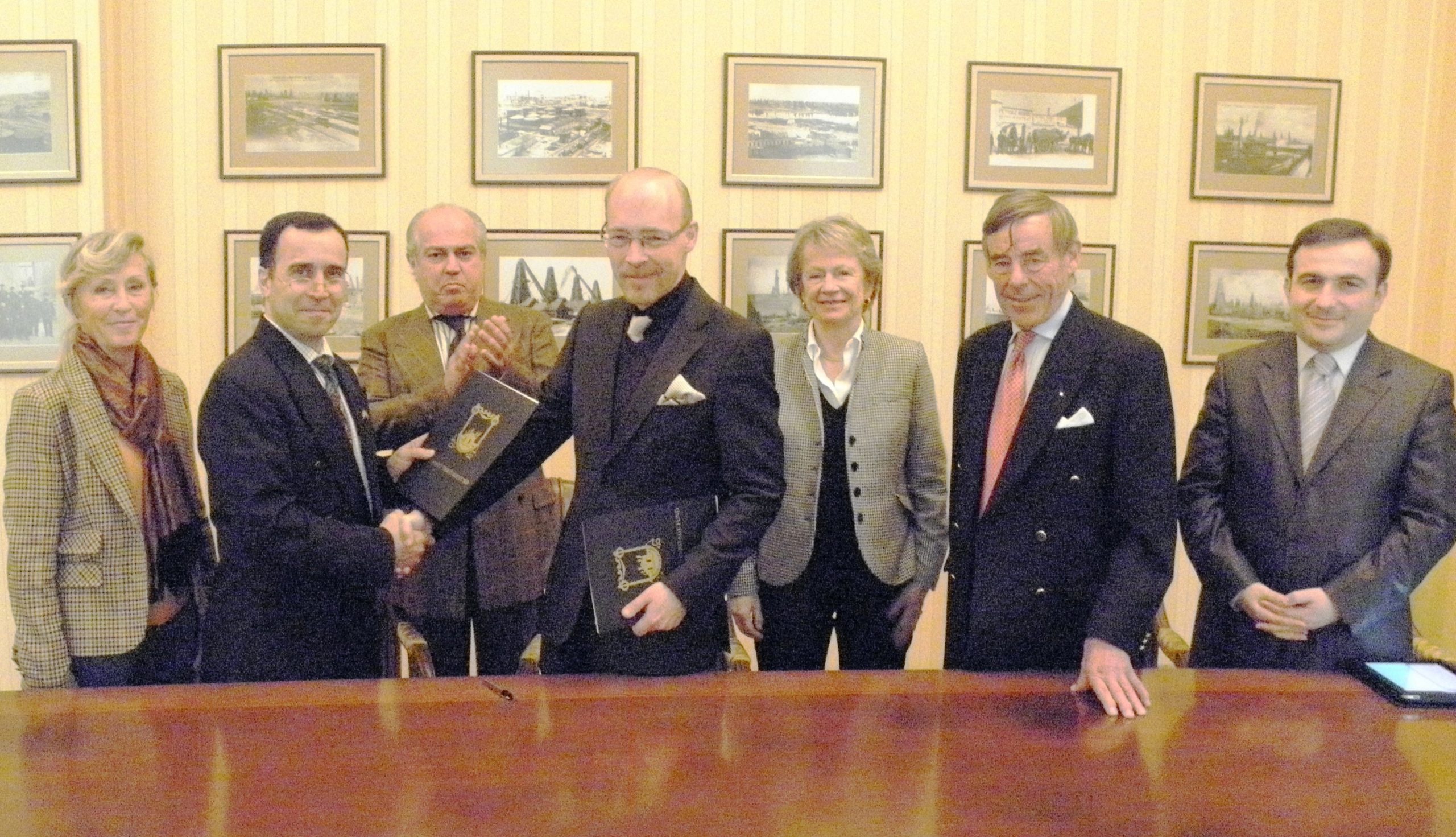