Nobels, Rotschilds and Rockfellers, part I

Newly discovered rich oil fields around Baku draw Nobels and Rotschilds into the Transcaucasia. The competition between the two families gets ever tougher in particular because of Batumi port.

In the 19th century Georgia the development of economic relations, based on the principles of capitalism, brought many foreign entrepreneurs and investor companies to the country. The following story is a perfect example of this process and concerns such giants of the financial world as Nobels, Rotschilds (the mightiest financial family in Europe) and Rockfellers (the founders of the biggest American oil company “Standard Oil”) families.

Quite often the competition was unfair and breaching of laws usually brought about long court litigations hindering business development in Georgia. Agreements were being made between Nobels and Rotschilds, Rockfellers and Rotschilds, and sometimes even between Nobels and Rockfellers. Everything was being done to destroy the third party. The battle of these three families has gone down into history as the so called “Thirty Years War”. Yet, the most important thing is that the cause of everything was the Transcaucasian (Baku-Batumi) railway and Baku oil.

Creation of the Nobel business empire: Nobels started their business in Russia in the remote 1840s, which however turned out to be financially unsuccessful. With Emanuel Nobel leaving Petersburg, his sons Ludwig and Robert decided to remain (Alfred returned to Europe to work on nitroglycerin). The two brothers opened in the Russian capital a military factory meeting the tsars’ orders by producing cannon shells, barrels and rifles. The industry was entirely dependent on foreign raw material and in order to find new resources and make the production cheaper Robert travelled in 1873 to the Transcaucasus.

The Georgian National Archives have a number of interesting documents concerning the Nobels and their activities in Georgia. One of them attests to how in March 1873 Robert addressed the local authorities in Tiflis (Tbilisi) persuading them what benefits the newly invented dynamite would have brought at constructing railroads, clearing rocky regions, or while using it underwater. Supporting his case by appealing to the Caucasus’ rocky landscape and wide use of dynamite across the world, Robert was asking for the permission to import 500 pounds of dynamite to the Caucasus on a tax-free basis.

Although Robert was the first of the Nobels visiting the Caucasus, it was not Robert, but Ludwig who eventually had become the founder of the Russian oil industry. In 1875 he bought in Baku a kerosene plant and oil-rich territories for 8000 rubles from the “Tiflis Society”. In May 1878 by the special imperial degree of Alexander II the Petroleum Production Company Nobel Brothers, Limited, was formed, known as the Branobel, with an initial capital fund of 3 million rubles.

During the 1880s Nobels transported oil and kerosene from Baku to Europe either via the small Georgian city of Poti or through the Baltic Sea ports. Using these routes involved huge financial costs and therefore oil industrialists had to find a new way. Batumi was considered the best option. However, until the city was in Turkish hands, the route could not be used. The situation changed dramatically after the Russo-Turkish war of 1877-1878 with Batumi being rejoined to Georgia thus creating favorable conditions for oil export through the city.

The completion of the Batumi-Samtredia railway connected Batumi directly to Tbilisi considerably increasing Batumi’s industrial and export growth prospects. The Berlin Peace Congress of 1878 also contributed to this process by declaring Batumi as a “porto franco” – “free port”. Nobels’, Rotschilds’, German or English investments flowed into the city. (It is also worth noting that Baku’s cheap kerosene made it eventually unprofitable to produce it in Georgia and, as evidence suggests, by 1902 this industry entirely disappears in the country).

By 1899, 366 small factories were located in Batumi. Their owners were Greeks, Turks, Persians, Poles, English, Germans, French and Italians. By 1902, 285 either kerosene or oil full ships (constituting 57 573 000 pounds) aimed for export left Batumi. By 1908 the port was the third largest in the Russian Empire after Petersburg and Odessa with the overall turnover reaching 42,9 million pounds.

By 1901, there were accredited consulates of England, Turkey, Greece, Italy, Japan and Persia. Its official representation had the United States, Belgium, Germany, Netherlands, Austria-Hungary and Sweden-Norway.

By 1902, 24 foreign shipping societies operated in Batumi. Their absolute majority was of English, German or French provenance. But there were also the ones like “Anonymous Society of Belgium”, or Rotterdam located America’s kerosene shipping society.

By 1910 Batumi’s export capacity was considerably restricted. In 1903 in Texas, US, new oil fields were discovered which enabled the United States to overtake Russia in oil production by 1907. Another important factor was the discovery of oil fields in 1903 in India, Burma and Assam (province in the north-eastern India). 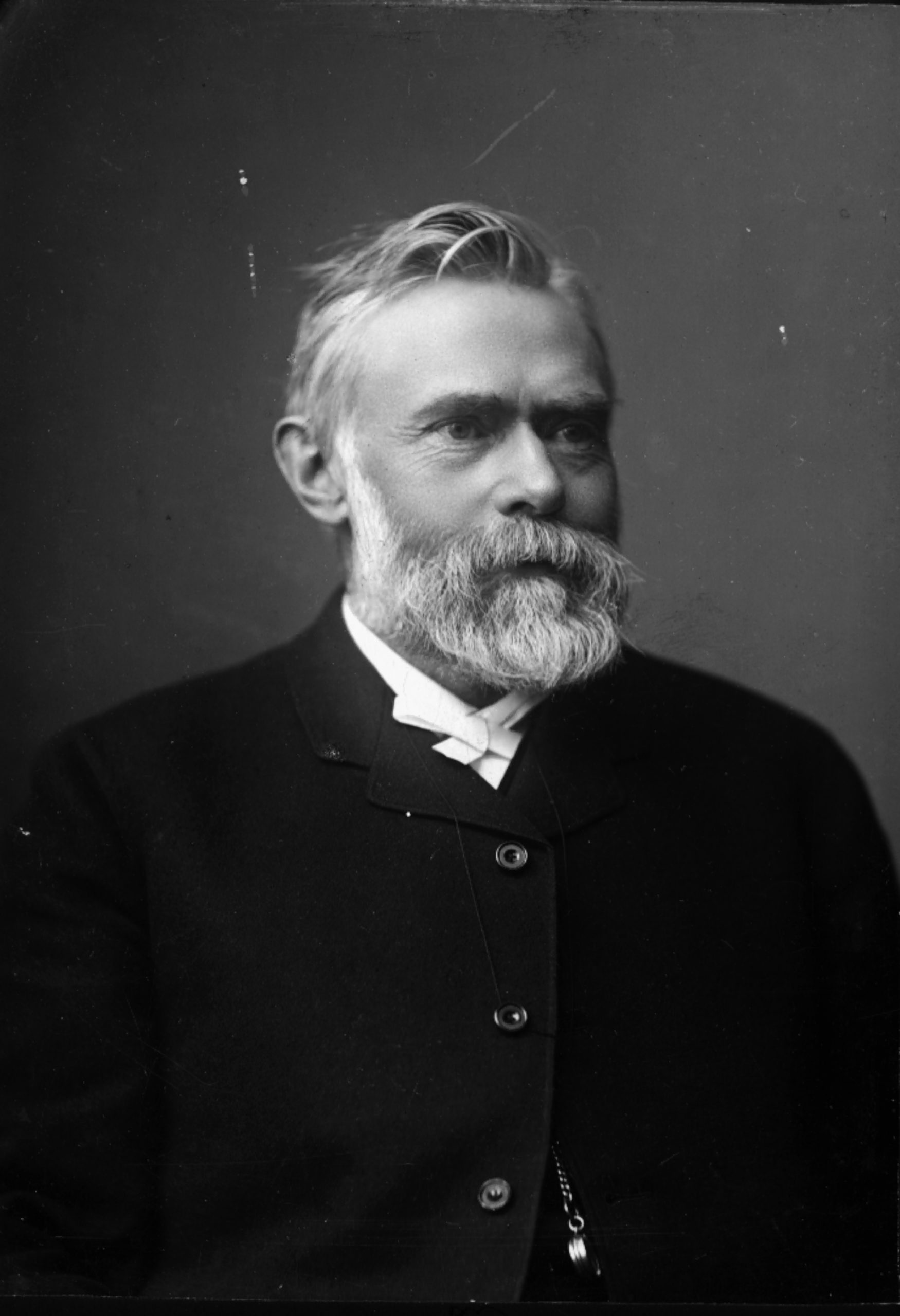 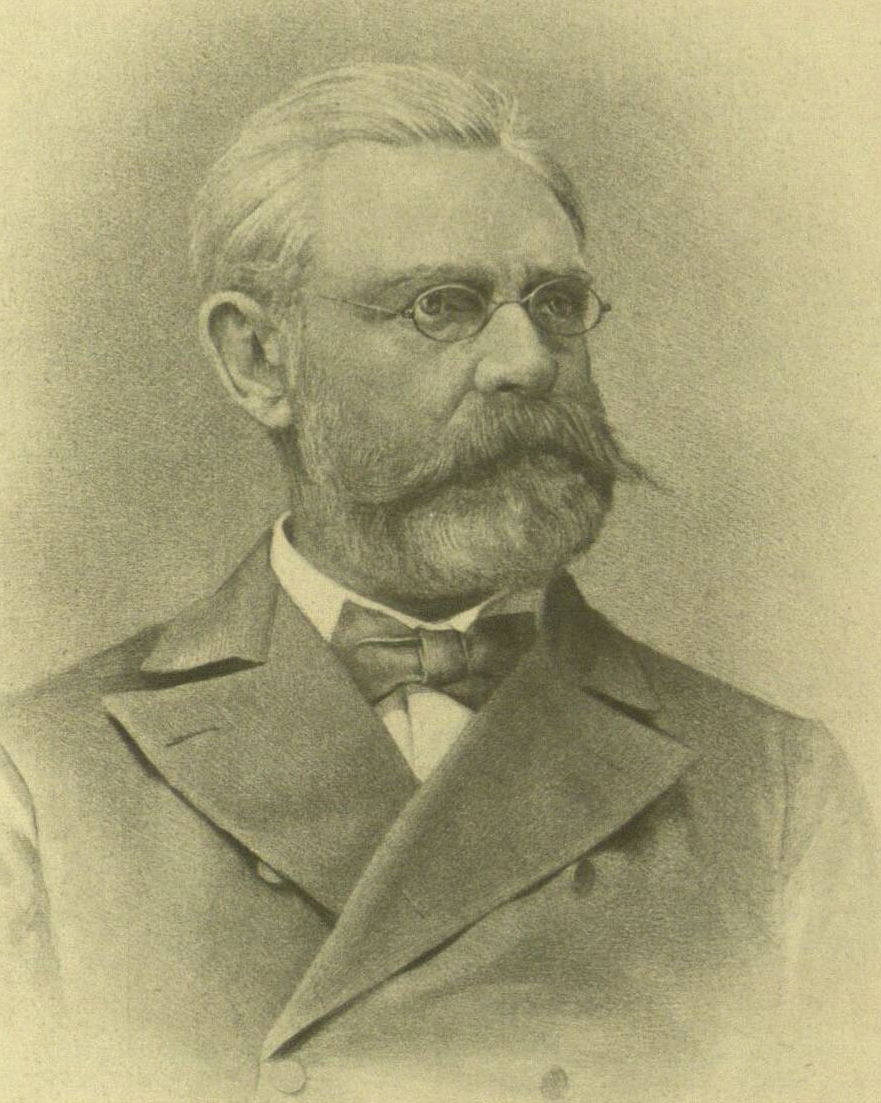 Robert Nobel was the first of the Nobels to visit the Caucasus. 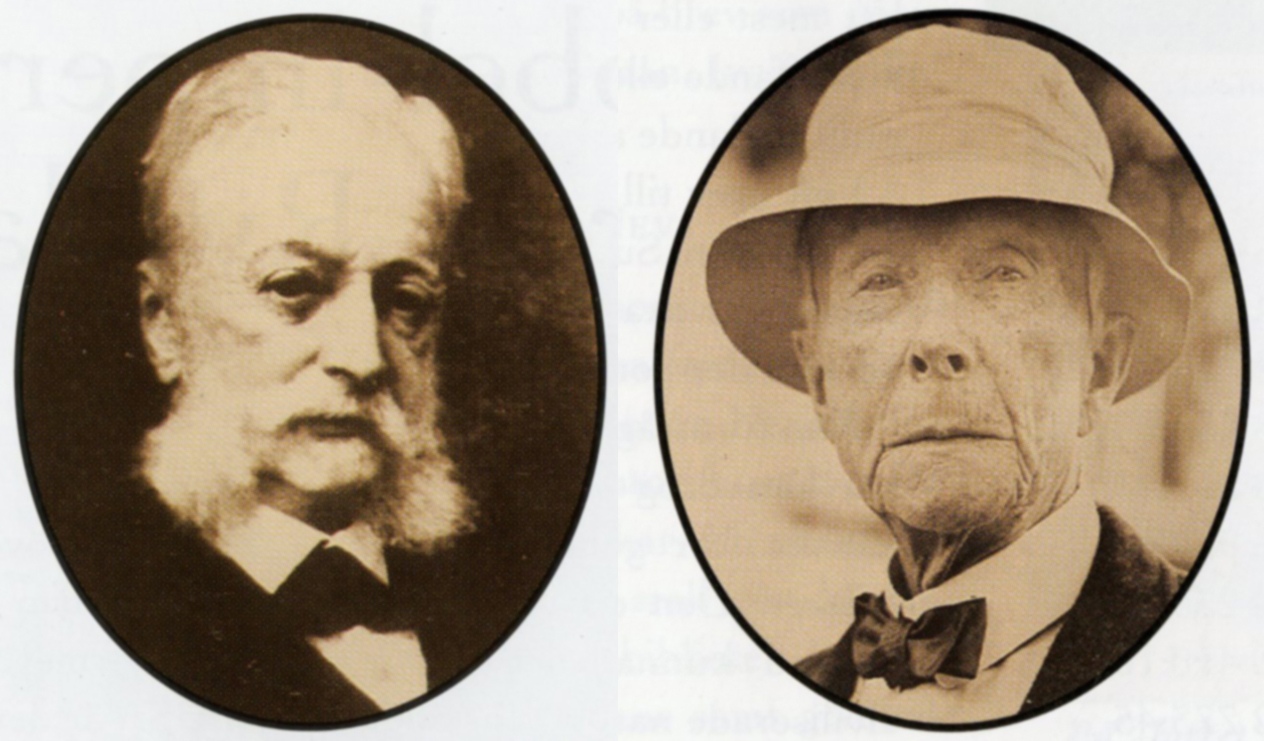 The competition for the oil fields around Baku led to agreements between Rockfellers and Rotschilds. Pictures here are Baron Alphonse Rothschild (left) and John D Rockfeller (right). 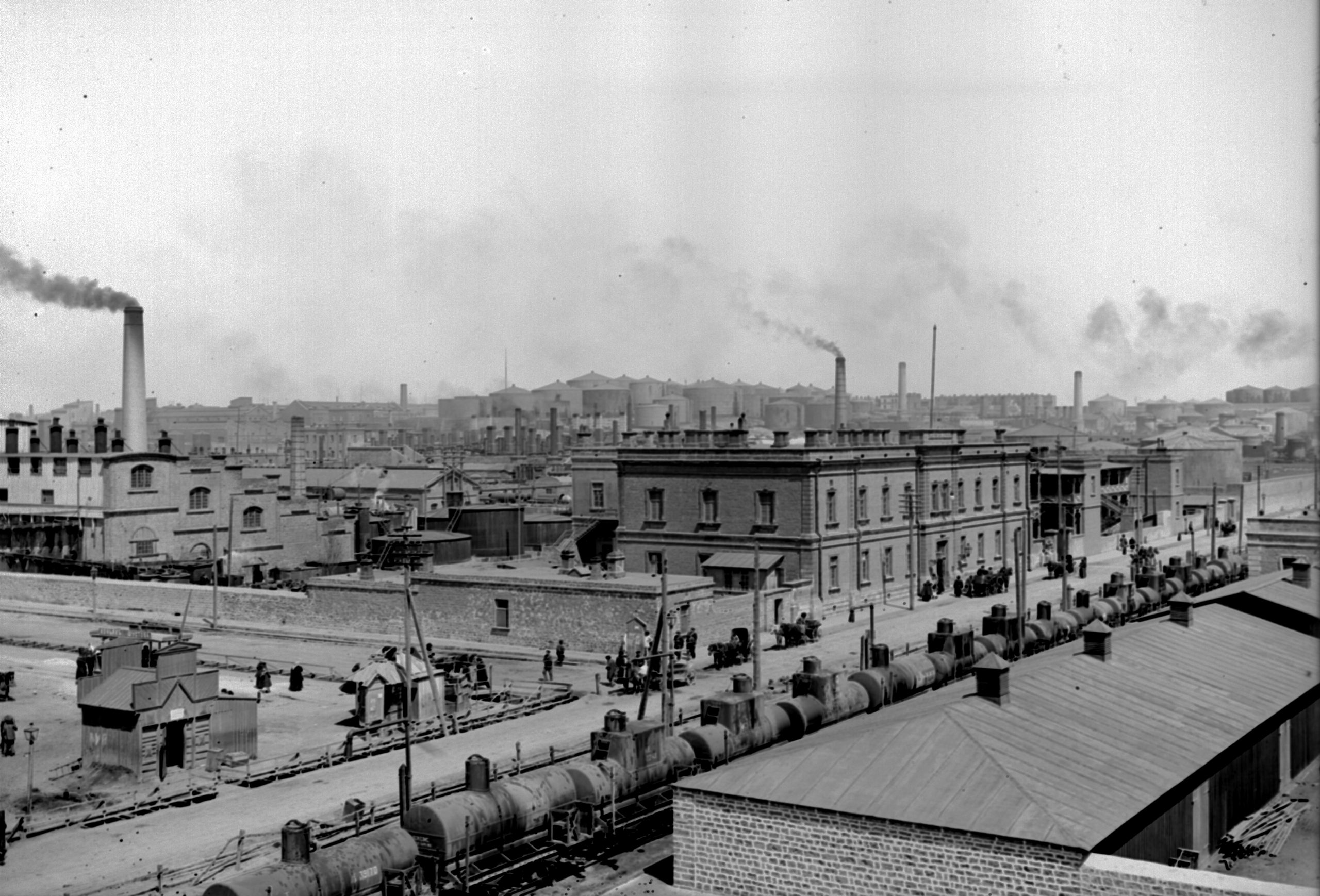 The railway allowed for considerable increase in industrial and export growth prospects.