Petrochemical production on a grand scale

In the 1880s, Branobel’s business in the Baku oil trade grew quickly, and Ludvig Nobel assumed various responsibilities in bodies organising many companies in the Baku petrochemical industry. The production figures of Branobel rocketed.

During Ludvig Nobel’s time in charge, Branobel occupied the top position in Baku’s oil industry. The company had 44 oil fields in Sabunchu and Balakhany alone. According to 1914 data, these oil fields employed 2,525 workers. The total volume of oil production was around 1 million tons, which constituted 25-28 per cent of all the oil produced in Baku.

The Nobel brothers believed that improving equipment, economic excellence, and the speed of transportation were the main factors behind achieving victory in the competition to accrue capital. The brothers maintained the confidentiality of all their project works, test factories and work in their workshops and design offices, as well as research results, and executed orders in secret. It is noteworthy that Branobel sold 24 million tons of oil products extracted and bought in Baku on the domestic and foreign markets. Some 178 million roubles out of a total of 868 million roubles were earned on foreign markets.

The Nobel brothers were the first not only in terms of oil production and the export of oil to world markets, but also in terms of the production of paraffin and lubricants. To illustrate this, Branobel processed 19.6 million tons of oil in 1879–1904. While local oil producers were discharging their oil by-products into the sea, the Nobels were storing these products in large round tanks, which they sold and gained millions. In 1912 alone, the Nobel brothers’ plant produced 615,000 tons of high quality oil products. The Nobel brothers’ oil pipeline transported 1.1 million tons of oil per year. They had no equals in these activities. 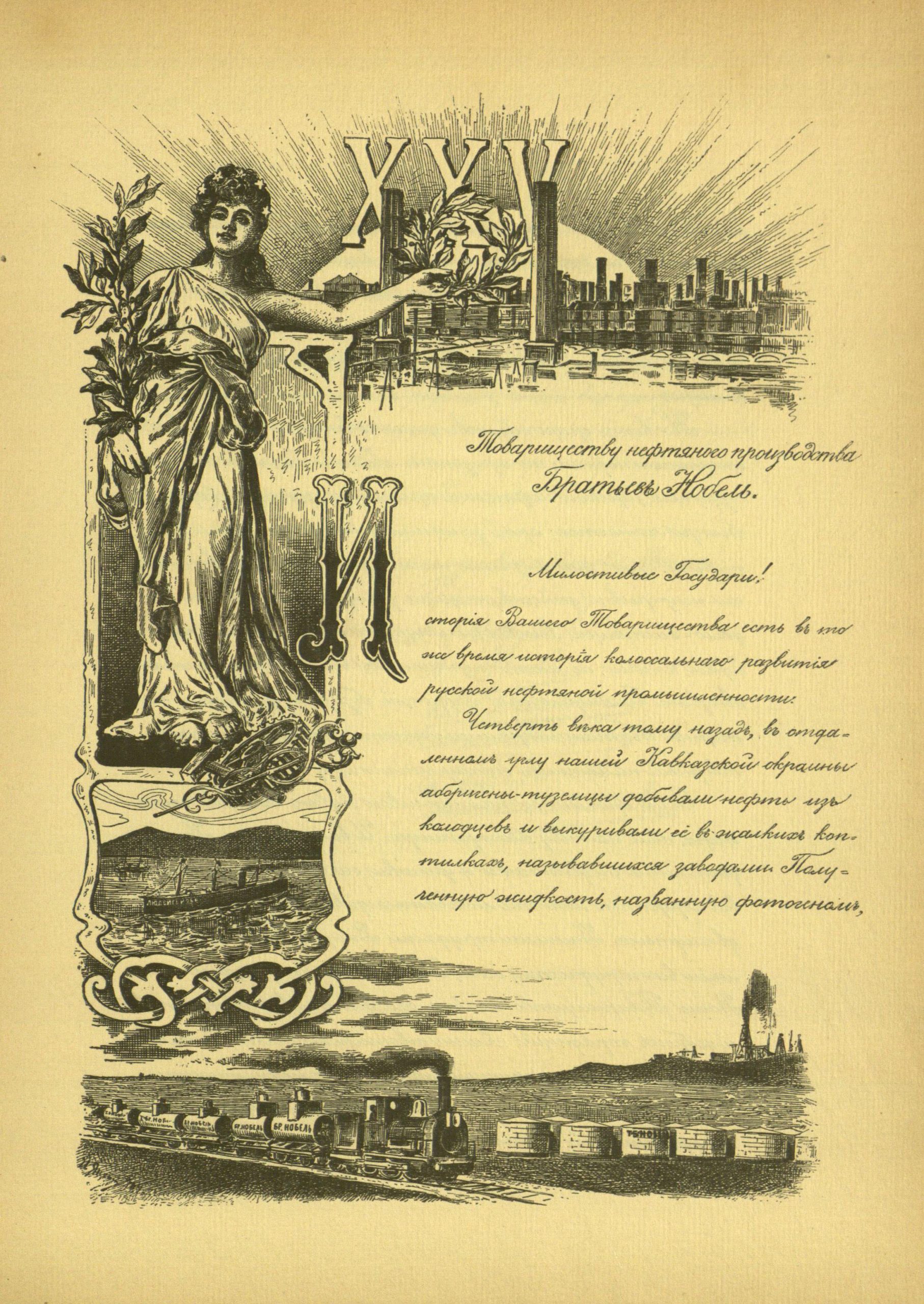 25 years of development of the oil industry resulted in huge increase of production of the petroleum products. Here we can see the diploma Branobel got at the 25th anniversary of their business.