The Black Sea town of Batumi in Georgia developed quickly in the late 19th century as a consequence of joint infrastructure investments by the oil barons Nobel, Rothschild, Samuel and Mantashev, encompassing a deepwater harbour and a railway from Baku that soon carried one-fifth of the world’s oil production. A pipeline and refinery built by Ludvig Nobel then followed.

In the late 19th century, the brothers Ludvig and Robert Nobel bought a plot of land and built themselves a house in Batumi to mind their expanding operations. They also influenced the Swedish government to install a Consultate in Batumi in 1888.

The old Nobel house still exists, and was restored and converted into a museum in 2007 following a decision by the Georgian President. The museum has 153 items. 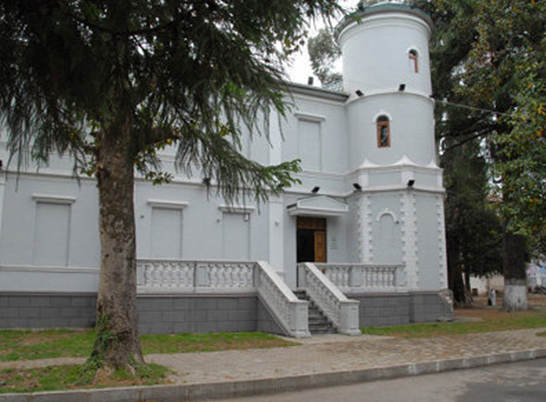