An opening ceremony of the restored Villa Petrolea was held on April 25, 2008.

Ludvig Nobel and his son Emanuel built Villa Petrolea in 1884, in an area of Baku called the Black City, as a residence for top managers and staff of the Branobel company and their families 1884-1920. The main building, the Nobel brothers’ family house, was the home of the Nobels themselves when they stayed in Baku.

In the late 19th century, Villa Petrolea was surrounded by a lush park and several other buildings including a school, a medical clinic, a theatre, a Sweden Club House and tennis courts. And to make life more comfortable for Branobel’s Scandinavian employees during the hot summers in Baku, the main building was equipped with an ingenious system for air conditioning using compressed air and ice brought in from Volga during the winter.

After 80 years of deterioration, the main building and property of Villa Petrolea has now been thoroughly and carefully restored in by the Baku Nobel Heritage Fund (BNHF) [ www.bakunobel.org/main.html ], a non-profit private organization, under the patronage of the President of Azerbaijan. Today, Villa Petrolea is housing a Nobel Brothers’ Museum, an International Conference Centre and the Baku Nobel Oil Club. 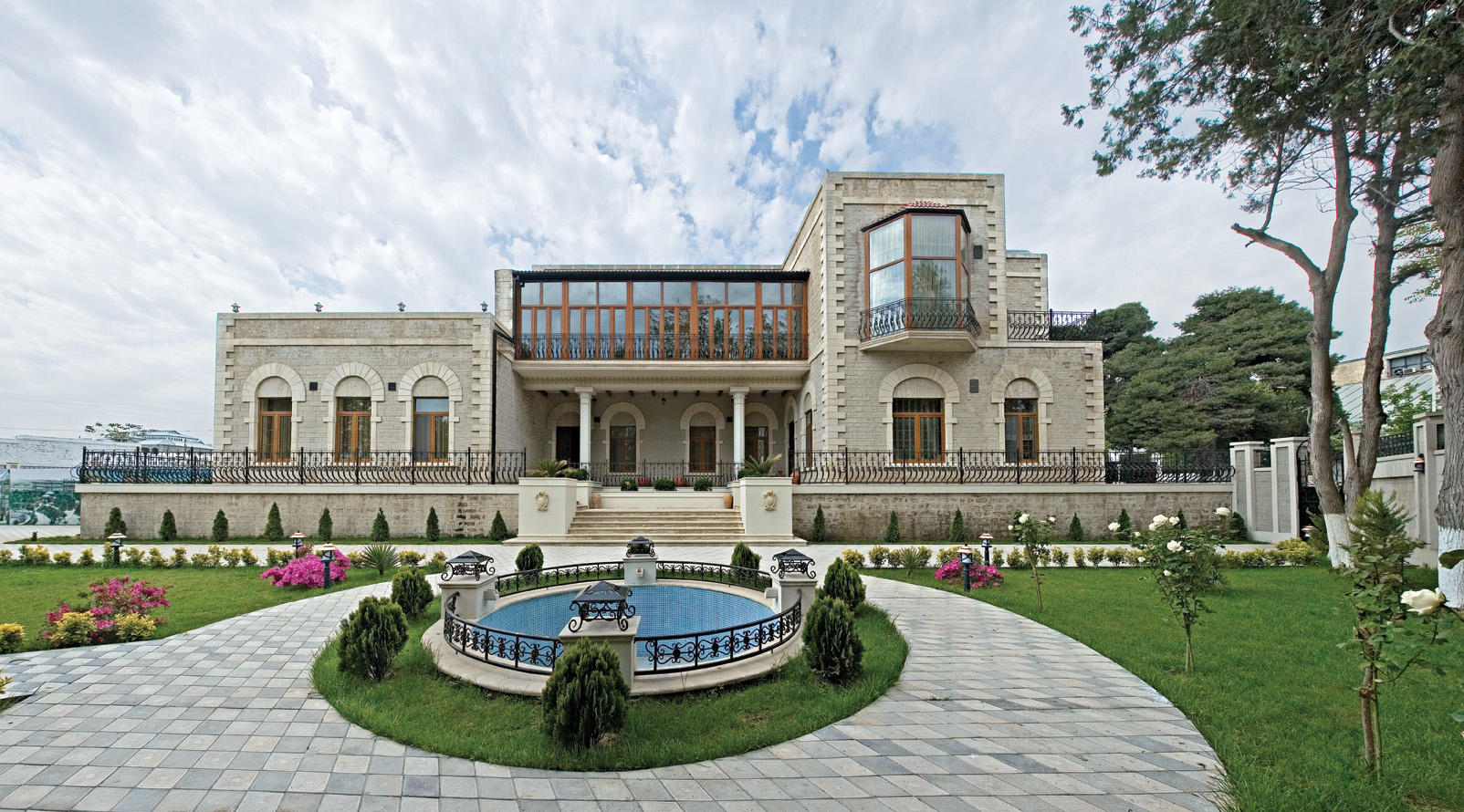 The resurrected splendour of Villa Petrolea after its restoration.