The Untold History of Villa Petrolea

Many untold stories are hidden among the more than nine thousand records of the Nobel company’s activities in the archives in Azerbaijan.

One of them is connected to “Villa Petrolea”, which was well known as a “green haven” or “green oasis” among the oil derricks. It long attracted the interests of oil industry executives, workers and visitors.

“Villa Petrolea” was, in fact, not a single villa but a planned community located in the village of Keshle on the outskirts of Baku. The “Villa” was established on the initiative of Branobel’s founders, with Branobel funding.  The community was built especially for the employees of the company.

The community occupied a considerable area, well over 20 acres, with a series of substantial houses for company employees. One building, especially designed for entertainment, consisted of a huge hall for performances and concerts, a restaurant, billiard tables and a library.

Entrepreneurs made a considerable contribution to modernizing the environment (with the construction of buildings, roads, postal stations, telegraph, etc). By implementing Western standards and taking into consideration the employees’ health, Branobel aimed to improve conditions in the very tough environment around the oil fields. The plan proved noble but difficult to realize. The natural conditions around the industrial region were very harsh. Alfred Nobel himself conceded that he never wanted to visit the Baku Oil fields given the depressing environment.

Branobel did not limit its activity to the construction of houses. The most distinguished feature of Villa Petrolea was the transformation of the site into a luxuriant garden with rare and valuable plants, hothouses and a nursery. The company’s systematic efforts led to observations from many contemporaries that “the houses were sinking in the greenery”.

Contemporaries also noted that Branobel achieved this in an area that lacked fresh water and black earth. For irrigation, a water pipeline was constructed along the length of the site, and black earth was brought from Lenkaran, which is situated 200 km from Baku.

The costs to the company were estimated at about 500,000 roubles.

Due to the lack of any other parks around Baku, except the maritime boardwalk, Villa Petrolea was also of public importance, with people from the surrounding area as well as oil industry workers strolling along its paths.

Another interesting fact of the Villa Petrolea story is that the land on which Villa Petrolea was built did not belong to Branobel but was rented by the company. According to the agreement between Branobel and Keshle’s landowning peasants, a 50-year lease was signed for the period 18 February 1882 to 18 February 1931. On the day of signing, the parties to the contract are unlikely to have guessed that it would eventually be cancelled with the rise of Bolshevik power.

Signs of peasant uprisings were seen long before the arrival of the Bolsheviks however. On 7 April 1907, a group of Keshle landholders claimed that the Villa Petrolea site encroached on its boundaries. They declared the agreement invalid and sought to take back the Villa’s territories with all the existing structures. Finally, in May 1908, the local Branobel office was able to send the following telegram to the company’s head office in St. Petersburg:

“The Keshle peasants have agreed to surrender the land under settlement at Villa Petrolea, but, conditionally, during the contracting, another lease agreement was signed. That lease will run for 30 years and we will pay 5 roubles gratuity per square sazhen.”

“Close this case with the Keshle peasants on these aforementioned conditions.”

With the arrival of Soviet power, Villa Petrolea was adapted for use by schoolchildren. Other parts fell into disrepair. The building and premises have only recently been renovated. 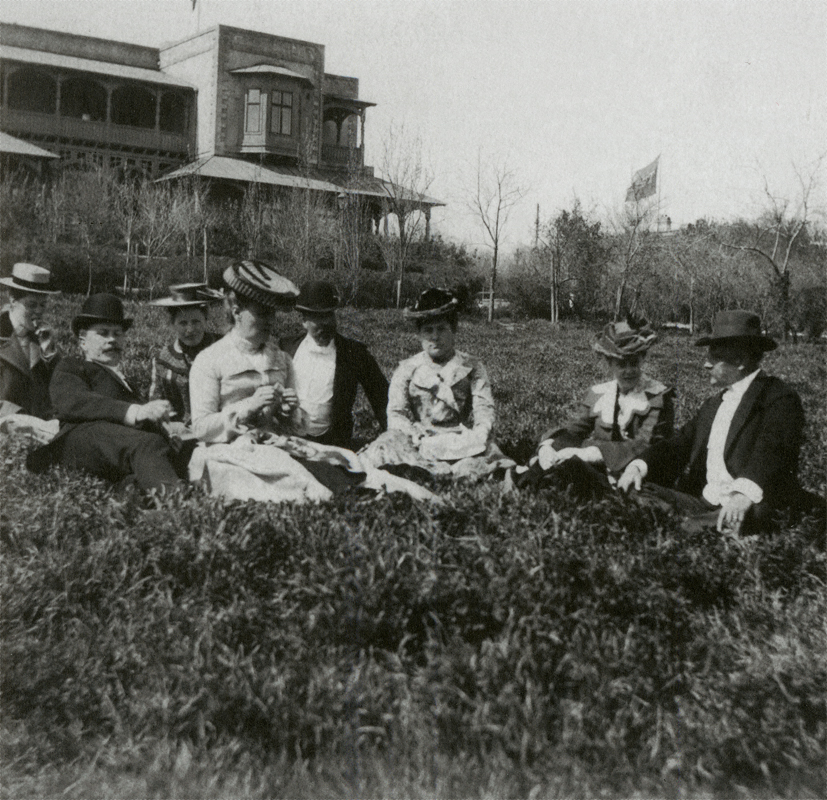 In the grass outside of Villa Petrolea. 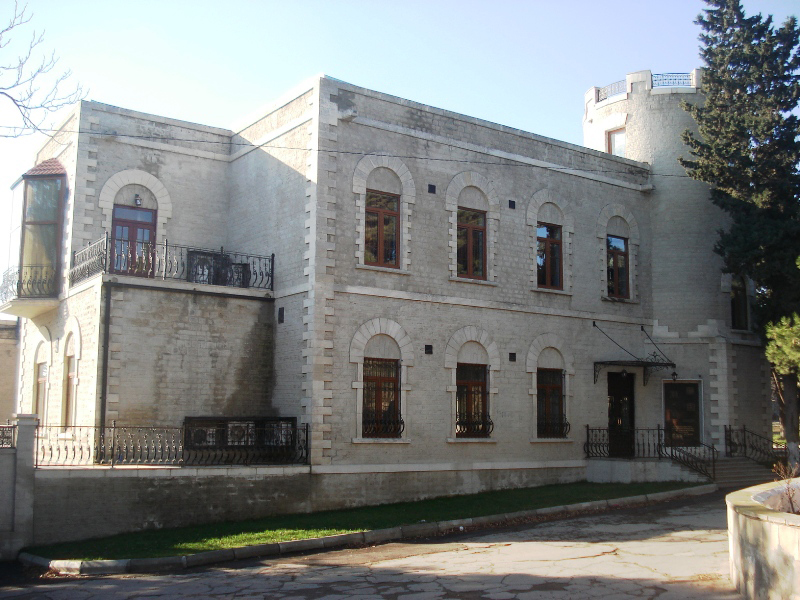 The buildings and premises of Villa Petrolea have recently been renovated. 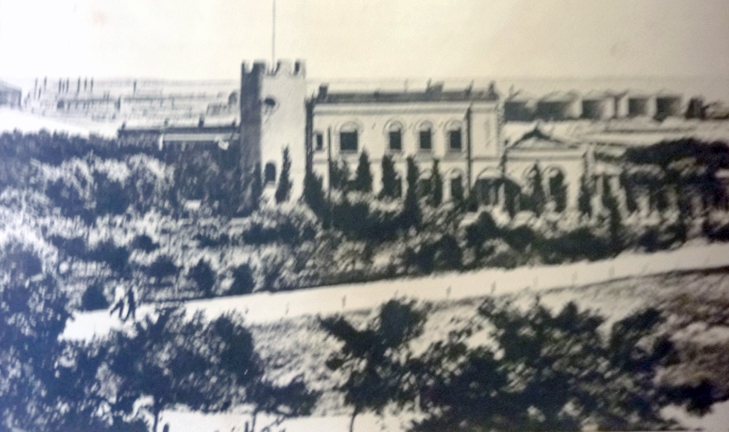 Villa Petrola was much more than just a single villa, it was in fact an entire community spread over 20 acres, with living houses, a building especially designed for entertainment and a luxuary garden.