The Branobel company is formed

Start » The Branobel company is formed

The heavy investments in oil extraction were capital-intensive. Robert and Ludvig Nobel needed more money to be able to continue their expansion. They consulted their younger brother, Alfred, in Paris, who suggested that they should form a limited company to bring in fresh capital to the business.

Robert Nobel opposed the formation of a company. He stated that it was he who had taken all the initiative and did not want to let go control of the company. Nor was their brother Ludvig attracted by the idea of forming a separate company, but ultimately the need for capital nevertheless forced them into this solution. In the spring of 1877, Ludvig paid a lengthy visit to Alfred in Paris and they then agreed to create a limited company from May 1878.

Together, the brothers decided that the name of the new company would be Petroleum Production Company Nobel Brothers, Limited, abbreviated to Branobel, (the new company’s telegram address). The original Russian name, ratified by the Tsar on 15 May 1878, was ”Tovaristjestvo Neftjanovo Proizvodstva Bratjev Nobel”.

The initial share capital was set at 3 million roubles. Ludvig Nobel now became the biggest owner with 1 610 000 roubles. Peter Bilderling contributed 930 000 and Alfred Nobel came in with 300 000.  Robert Nobel invested only 100 000 roubles. He was dissatisfied with developments and feels that his idea has been taken away from him. 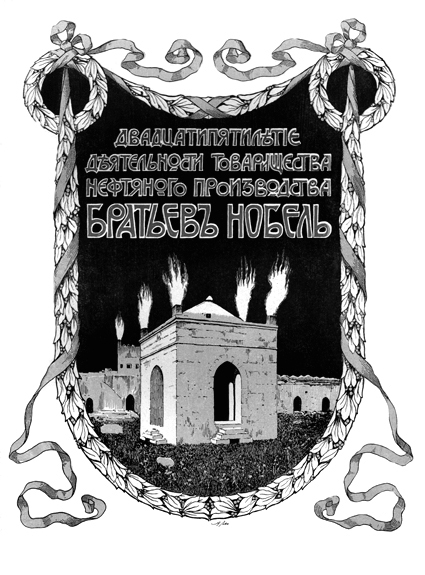 In 1878, the Petroleum Production Company Nobel Brothers, Limited is formed. The original russian name ratified was by the Tsar on 15 May 1878 as ”Tovaristjestvo Neftjanovo Proizvodstva Bratjev Nobel”.