Following Ludvig Nobel’s death, his sons Karl and Emanuel, who in practical matters had always been guided by their father, continued to succeed in transforming innovations in science and technology into effective, practical applications in production.

Karl Nobel (1862–1893) was born in St. Petersburg and received a good education there at home, after which he studied mechanical engineering in Great Britain, America and Germany. He was an engineer by profession and one of the first in Russia to pay attention not just to paraffin-powered engines, but also to the Swedish engineer Gustaf de Laval’s separators, which were soon in production at Nobel’s factory. In order to be able to efficiently distribute separators for Russian agriculture, the Alfred Nobel company was formed. This led to Alfa Lava separators achieving a market share of 90 per cent in western Siberia alone.

Karl Nobel died on 28 November 1893. Following his premature death, control of Ludvig Nobel and Branobel passed to his brother Emanuel Ludvigovitj. He was born in St. Petersburg and received his initial education at the local Saint Anna-school, followed by a polytechnic school in Berlin, after which he concluded his technical college education in Stockholm. In 1889, he accepted Russian citizenship. Emanuel Ludvigovitj Nobel came to be one of the most important people in the Russian financial and industrial world.

At this time, Branobel had developed into a huge, and important, vertically integrated oil company with activities not just in Russia, but also in Central Asia. Thanks to Emanuel’s organisational talents, the company was the world’s largest oil producer in 1901. Construction of petrol stations commenced, with petrol being sold at a fixed price for the first time.

As Emanuel had access to extensive technical know-how at his father’s factory for realising his ideas, he soon recognised the potential of the diesel engine in Russia, the country with such huge oil reserves, refineries and transport facilities which he himself controlled. In 1897, Emanuel commenced negotiations with Diesel itself. A little later, he made an unusual decision – to form a joint company for the distribution of diesel engines in Russian with its headquarters in Germany. On 14 February 1898, Emanuel Nobel and Robert Diesel met at the Hotel Pallas in Berlin and agreed to form such a company.

The engine that resulted would become a prototype for all diesel engines in Russia. The very first was produced in 1899 at the Ludvig Nobel factory in St Petersburg. In 1903, the mechanical engineering factory in Kolomensk was awarded the right to manufacture diesel engines in Russia, followed by a foundry in Riga, then the shipyard in Nikolaevsk and in 1911 the Sormovo steelworks outside Nizhny Novgorod on the Volga.

Emanuel Nobel’s successes within the shipbuilding field gained attention not just during the Tsarist period, but also during the first years of the new regime, the Soviet Union. It was emphasised at the time that the Nobel factory “made use of technology that is no worse than foreign technology, and is, in many ways, better”. For this reason, Nobel came to form the basis of diesel engine production in the Soviet Union. 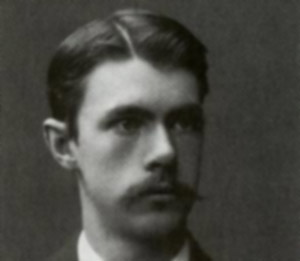