Entering the Azerbaijani market in 1879, Branobel quickly occupied a key position in the local oil industry. By all significant measures, it left its adversaries behind. Branobel represented oil production independent of imperial holdings. It included supply to industries, the processing of oil at local factories, and the marketing of oil products. It also distinguished itself by a highly organized work force, high wages and a sophisticated administration.

According to the first paragraph of the Statutes, confirmed on 18 May 1879, the company was established “for the maintenance and spreading operation of the distillation factory situated in Baku, and for mining and exploiting oil across the [Russian] empire, as well as establishing an ‘Association’ by shares under the name ‘Tovarishchestvo Neftianogo Proizvodtstva Brat’ev Nobel’” (the Brothers Nobel Paraffin Production Company). The company was led by a guild of merchants, in St. Petersburg by Ludvig Nobel, and in Baku by Robert Nobel. Other co-founders were Alfred Nobel in Paris and Guard-Colonel Peter Bilderling [faktaruta 2].

Start-up capital for the company equalled three million roubles. The company’s administrative headquarters were established in St. Petersburg and consisted of five directors, elected by a General Meeting for a term of three years. Those members of the company who contributed shares (under their names) for the sum of not less than 25,000 roubles were also elected as directors. All correspondence regarding Branobel’s activities was undertaken on behalf of the administration under the signature of one of those directors.

The company managed a number of departments, including storage facilities across the Russian empire’s most important economic regions, such as Astrakhan, Batumi, Warsaw, Vladivostok, Voronezh, Vilno, Moscow, Orel, Rostov, Samara, Saratov, St. Petersburg, Odessa, Tashkent, Tomsk, Kharkov, and Nizhny Novgorod. Although the company distributed oil through all these locations, its vitally important oil source was concentrated in Baku.

The art of administration was reflected not only in the well-organized structure of the company. It was also based on strict adherence by all employees to the rules established for the company’s operations. One can therefore find formal instructions on the “Hiring, Maintenance and Dismissal” of workers, instructions on proper bookkeeping, and so forth. According to the earliest archival data from 1881, “27 different books were kept in the Baku Department” Keeping them was mandatory for all sections and subdivisions of the company.

The Association’s activity was reflected in very detailed weekly, monthly, and annual field reports, as well as in more urgent cases via telegrams to the head office in St. Petersburg. All these important field reports and systematic correspondence between Baku and Petersburg laid the foundation for Branobel’s extremely accurate and well-organized style of administration over each division. 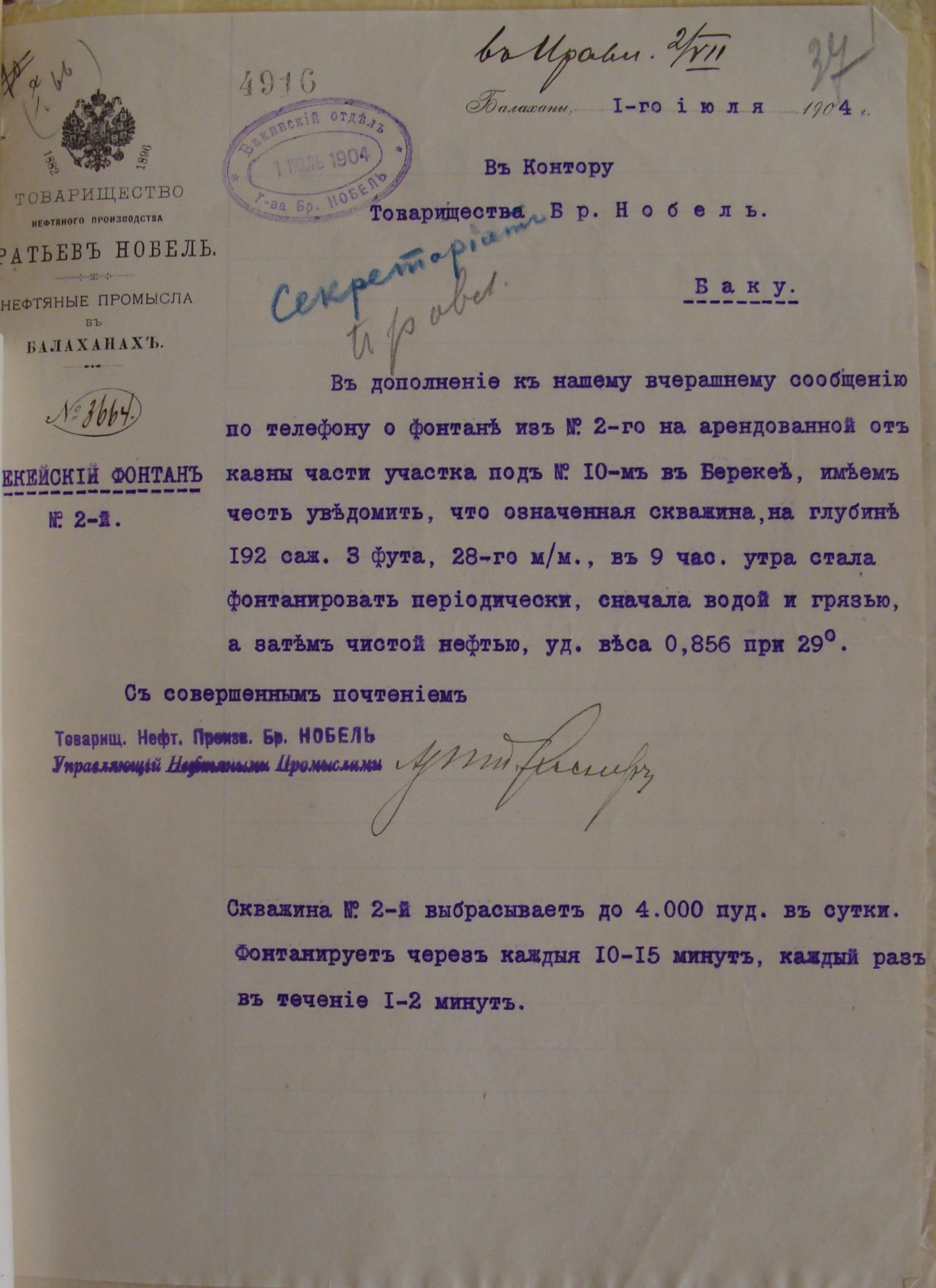 The letter to the Office in Baku concerning a new gusher at the site no 10 at the Berikey fields on July the 1th in 1904. 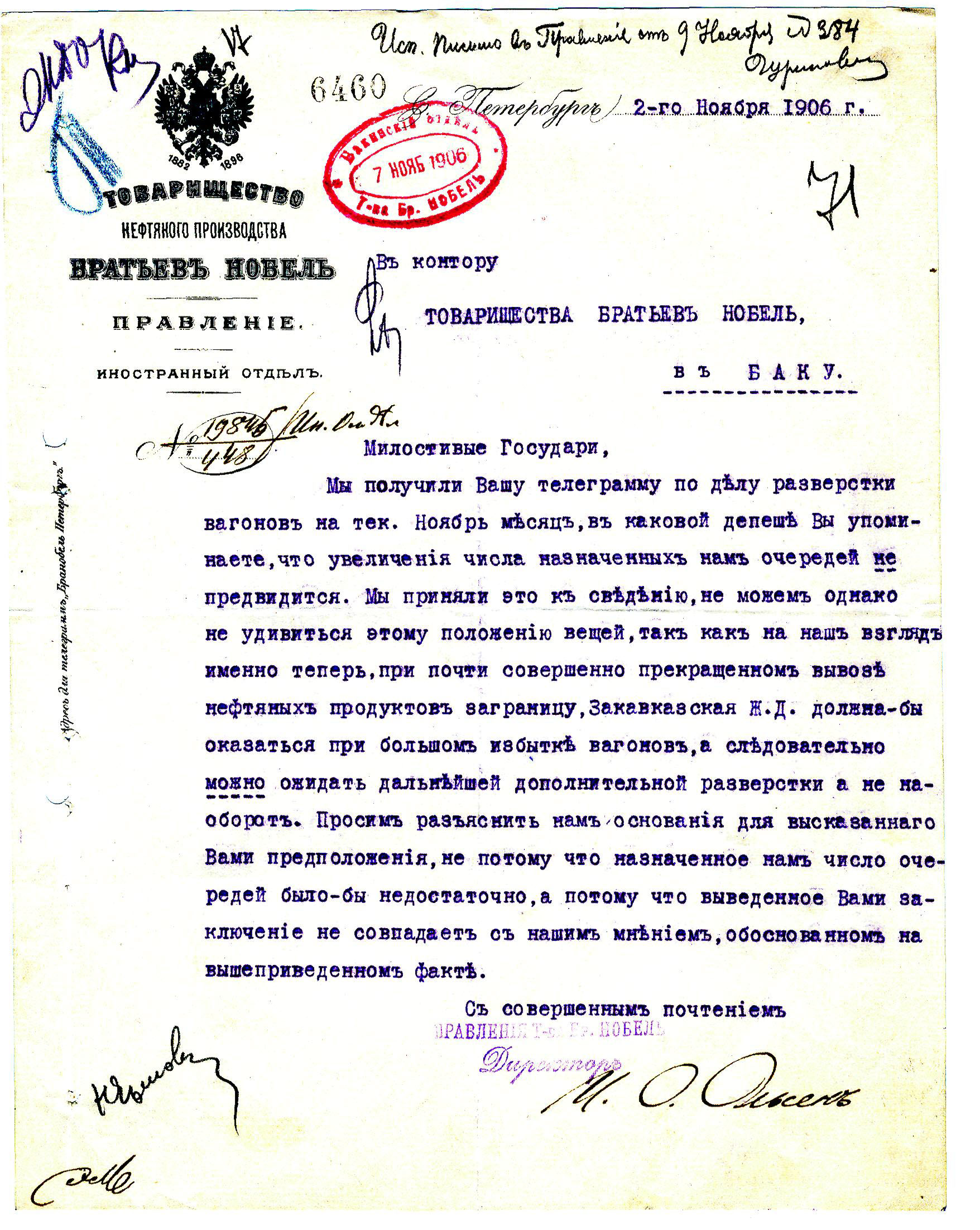 The office stamp on the mail header of Branobel. Correspondence between St.Petersburg – Baku. 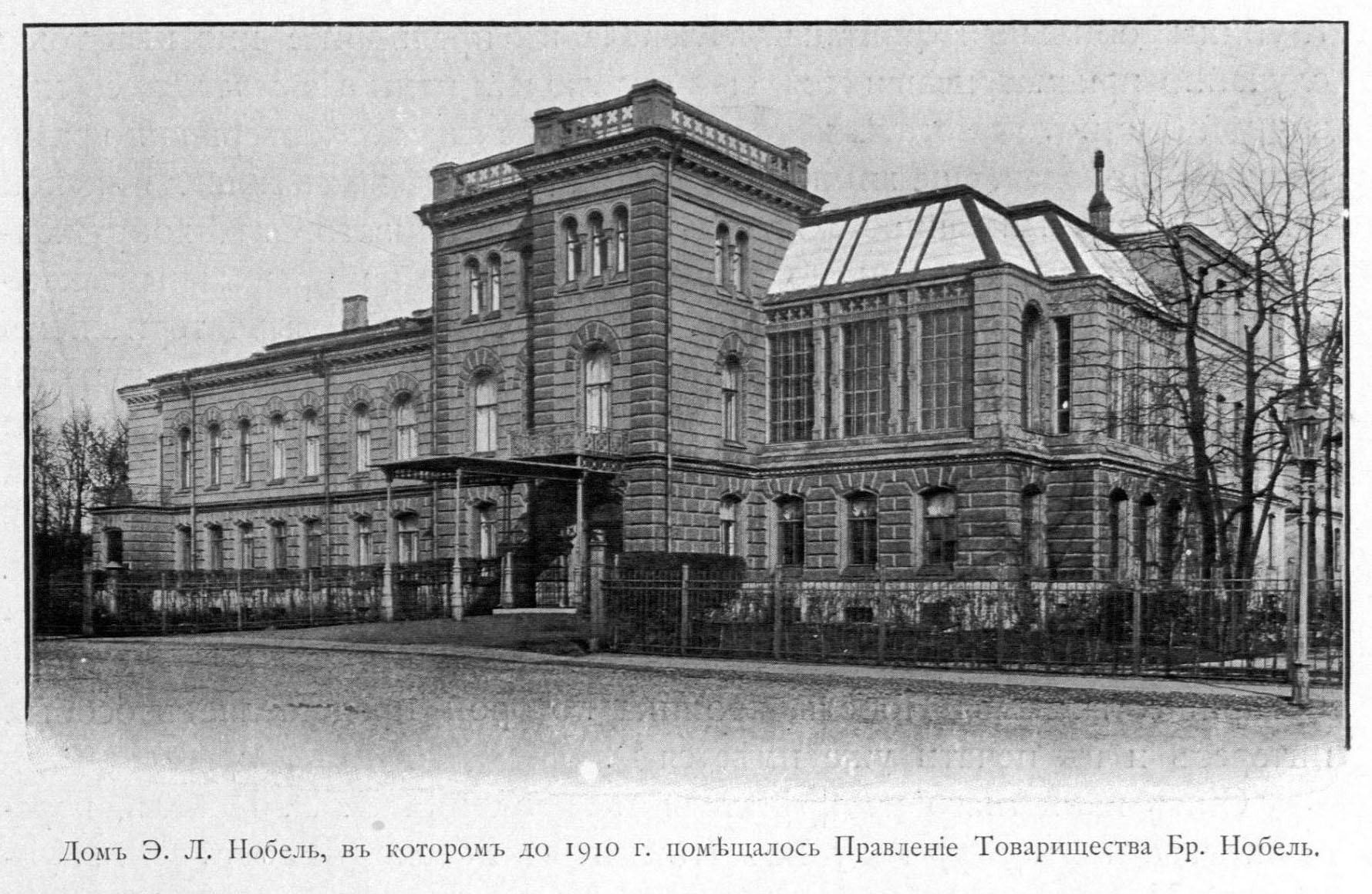 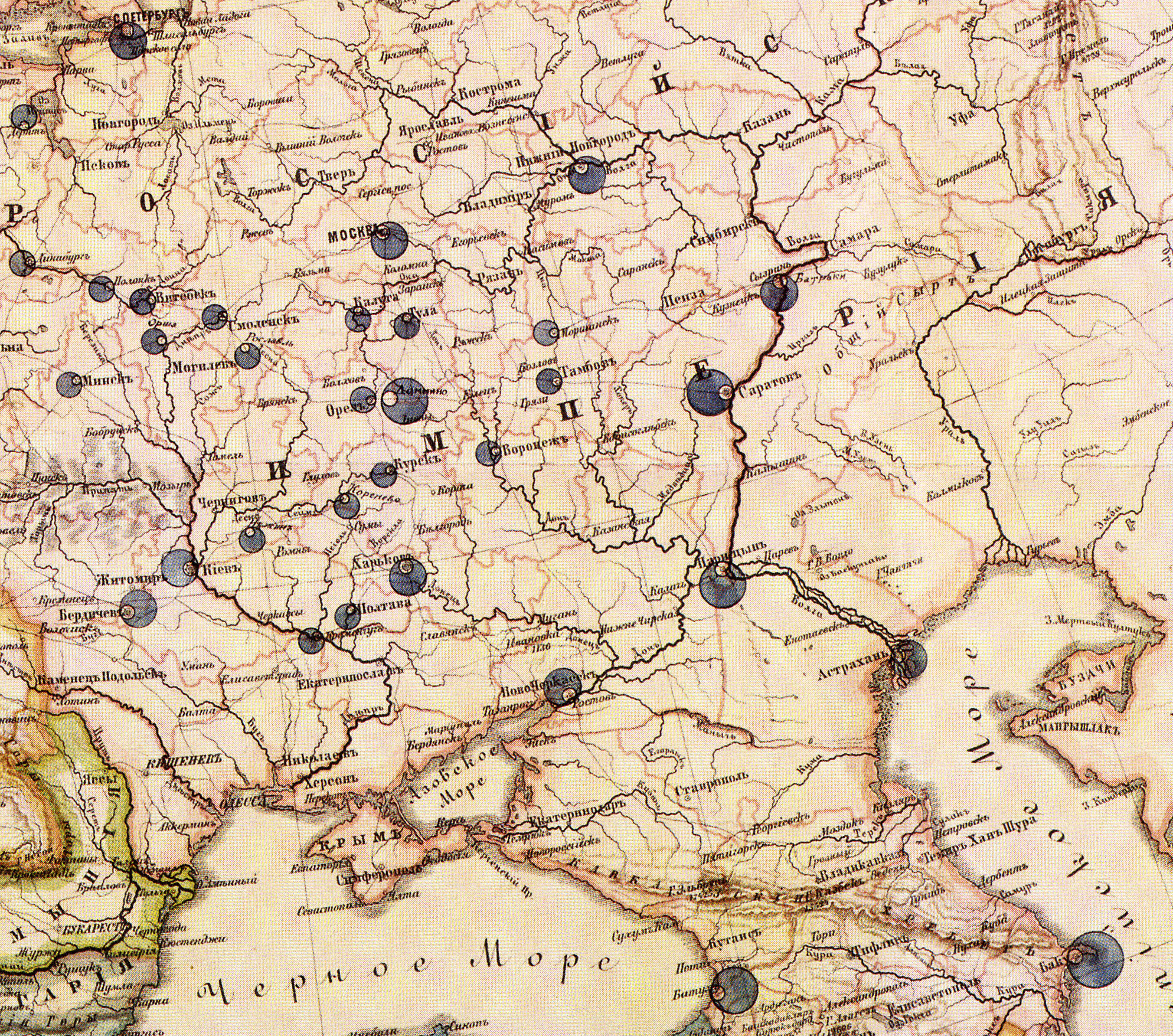 The European part of the Russia. On this map several stores and offices of Branobel have been marked out.