The Moscow branch of Branobel was a key hub in the oil distribution network. But it also served a number of local customers. Many of these were private companies, but a substantial number were either organisations or government agencies.

Branobel’s Moscow office had a large network of storage depots in the eastern part of the city. These were mainly situated on Prolomnaya Street, along the Vladimirsky (renamed Entusiasty in 1919) highway, behind Moscow’s J.P. Goujon Metal Workshop (today the Serp factory in Molot).

In 1909, Branobel owned 422 oil storage depots in Russia. The Moscow office managed depots both within and outside the city boundaries. Smaller offices and depots under the supervision of the Moscow office mainly dealt with purchasing, distribution and storage of oil products. This was true of the activities in Astrakhan, Brest, Voronezh, Ivanovo-Voznesensk, Kineshma, Kostroma, Kursk, Nizhny Novgorod, Pushkino, Riazan, Saratov, Smolensk, Tver, Yaroslavl and a number of other cities.

Branobel’s depots were linked to the Moscow-Kursk railway, the construction of which actively involved both Branobel and the Goujon company. The Branobel office in Moscow also had a direct railway link between its depots and other stores around Moscow, including the Kursky, Sokolniky, Khimky, Kolomensky, Golutvinsky and Shchelkovsky depots. Through these, Branobel was able to supply authorities and state institutions with oil products in both Moscow and other cities. Oil products were also transported by rail from Moscow via Yaroslavl to Arkhangelsk and on the Moscow – Kazan – Nizhny Novgorod line.

The private customers who received their deliveries from the Branobel depots were large and varied. These customers were found both in the city and far outside its boundaries. In Moscow, these included the cement factory in Podolsk, the I.K. Rachmaninov brick factory, the Mikhail Brunov and Sons Trading House carpet factory, the B.E.F. Johansson silk dying works, the Brokar & Co Perfumery, the O.D. Alpatova and Sons Moscow Wallpaper Manufacturing Company, and the Grachev & Co Machinery Manufacturing Company. Various associations were also to be found among the customers, including Moscow’s glass industry association and Moscow’s merchant association for mutual credit.

The oil industry in Russia also had a long tradition of deliveries to state departments and authorities, such as the railway authority and the maritime authority. According to statistics from the start of the twentieth century, the state consumed over a third of the oil produced in Russia. Competition between the oil companies with regard to oil deliveries to state departments and authorities was fierce. State organisations had always been among the largest consumers of fuel, and represented a lucrative and stable market. Customers included the Kremlin and other government services, banks, churches, civil and military schools and educational establishments, universities, hospitals, public bathes, prisons and barracks.

The annual production of oil in Baku: Crude, Masut, Kerosene, Lubricating oils in 1879-1903. 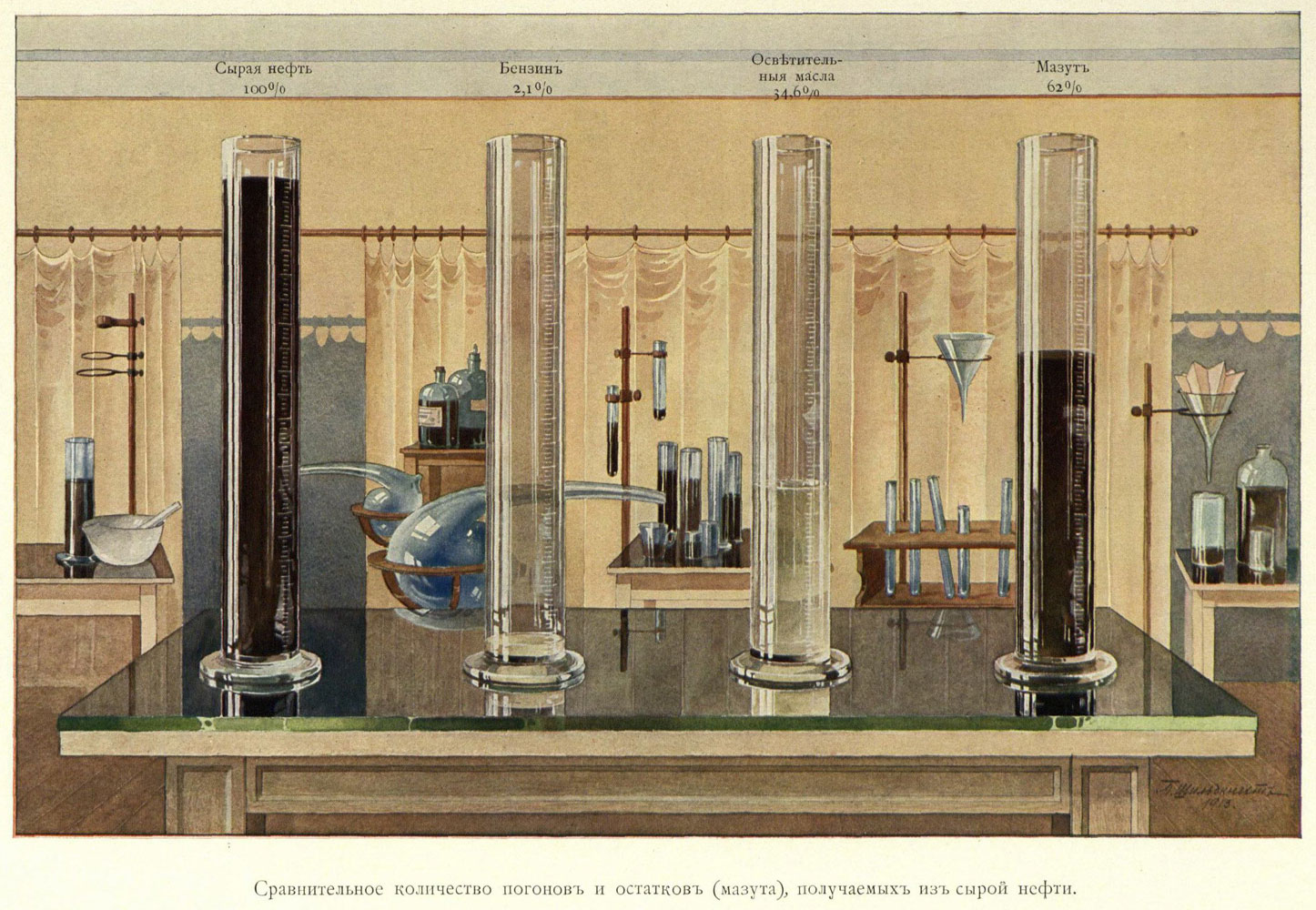 The laboratory tests as well as comparison of residues from the crude oil refining: Crude, Gasoline, Kerosene and Masut.

On the kerosene plant. The laboratory environment. To test the quality of the products every day is an important part of the refining process. 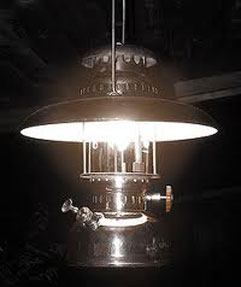 Light oil has changed the daily lives of millions of people around the world. Kerosene lamp spread light into many houses in both town and country.